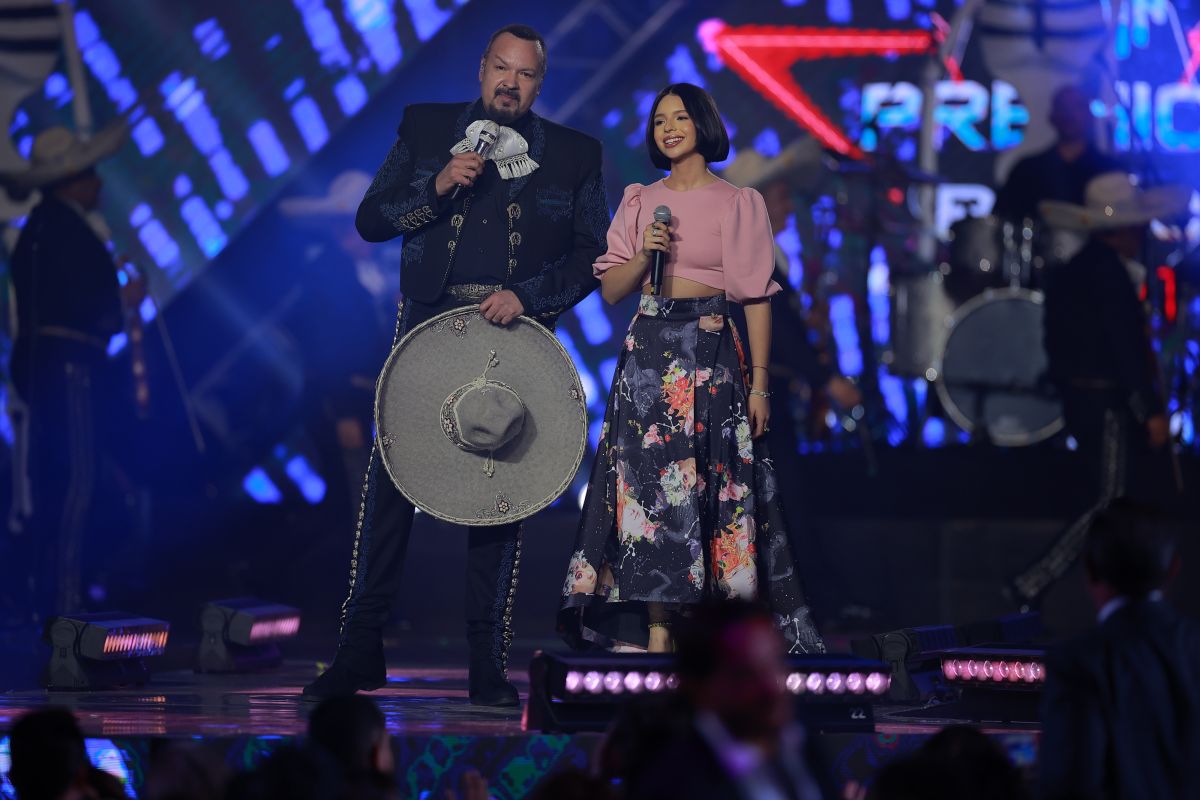 In past days We let you know that Pepe, Leonardo and Ángela Aguilar were making their debut after buying a very nice mansion in the state of Texasfor which they would have paid close to $3,000,000 dollars.

The new acquisition of the members of the Aguilar dynasty, which adds to their house in California and their ranch in Zacatecas, captured the eyes of their followers and the attention of the pink press, as happened with the program ‘Gossip No Like ‘, where they talked about this very interesting investment.

“Pepe Aguilar, comadres, is doing so well, him with his family, with his dynasty, that he has already bought a residence,” said Elisa Beristain before giving way to a series of images that showed some interior and exterior details of the real estate book located in the town of Magnolia.

After observing the postcards, Elisa Beristain and Sergio Catalán, who is in the broadcast replacing Javier Ceriani, dedicated a couple of compliments to the new home of the Aguilars.

“What a nice house. Divine”, the presenters managed to say before giving way to another note.

How is the new home of the Aguilars in the state of Texas?

The Aguilar’s Texan residence is distributed over three floors and was built in 1999.

It has an extension of 8,954 square feet, with five bedrooms, four full bathrooms and two half bathrooms.

The kitchen, which connects with the dining room and the garden area, is equipped with a vintage pantry, stainless steel appliances and a bar that works to prepare food, but also as a breakfast bar.

The main bedroom, where the interpreter of ‘Miedo’ will surely sleep, is equipped with a large bed, a living room, a dressing room and a spacious bathroom.

Outside, on his lot 9.73 acresthe property has a terrace, with extensive green areas, with a fountain, with a swimming pool with its respective spa area, with a jacuzzi, with a pool house, with a guest house, with a bonfire, with stables, among other amenities.

Meet inside the ‘small’ house that Shaquille O’Neal bought after selling his old mansion
This is what the millionaire mansion that Ivanka Trump and Jared Kushner build in Indian Creek looks like
This was the mansion of Yrma Lydya, the Mexican singer murdered by her partner in a restaurant
Tired of the lack of money, Inés Gómez Mont gets rid of her millionaire mansion in Mexico