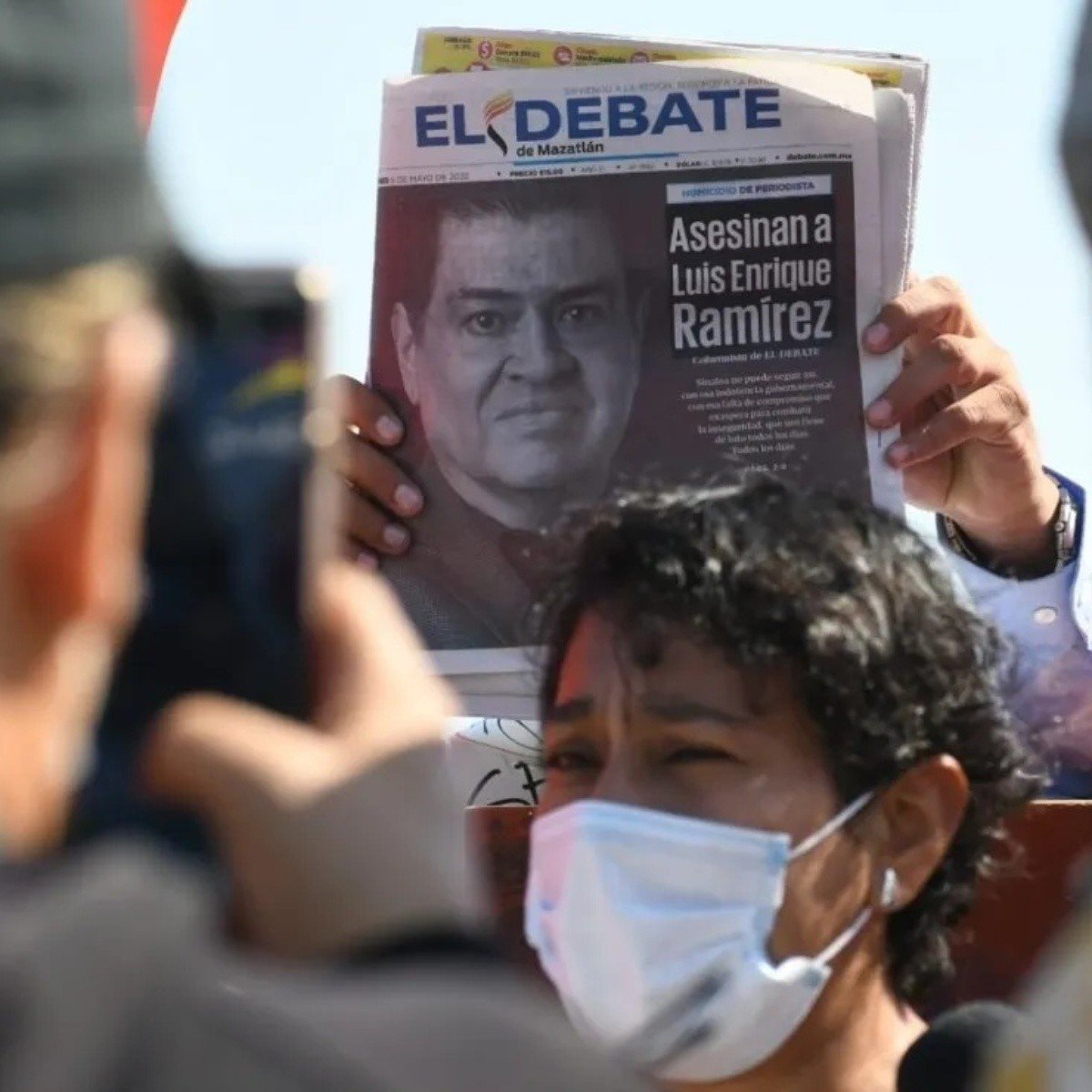 Sinaloa.- the federal government stated that the main line of research in the crime against the journalist Luis Enrique Ramirez Ramos it is organized crime, and he ruled out his journalistic work as the cause.

The statement was made by the undersecretary of the Secretariat of Security and Citizen Protection (SSPC)Ricardo Mejía, who said verbatim: “There is no element, as in the case of Sinaloa, that presumes an association of the event with journalistic activity and there is a very solid line that leads to an issue of organized crime.”

The federal official affirmed that those responsible for the murder of the renowned journalist have been fully identified. Ramirez Ramosalthough it was not specified whether they were the intellectual or material authors of the crime.

“We do not want to alert the perpetrators, but they have been fully identified,” said the undersecretary. They insisted that the SSPC has collaborated with the government of Sinaloa in the investigations of the journalist’s case Luis Enrique Ramirez.

The discovery of the body of Luis Enrique occurred on May 5 south of the city of Culiacán, in the ejido El ranchito, for a gap. According to the version of the federal government, the journalist from THE DEBATE he had been deprived of his liberty during the early hours of May 4.

He was held somewhere and was abandoned, dead, the next day. In the investigation process, expert reports have been carried out that have allowed to find cellular equipment, he explained, in addition to blood traces and a huarache that apparently belonged to the journalist. He recalled that due to the deprivation of liberty no complaint was filed with the Public Ministry.

After the federal government rule out the journalistic exercise of Luis Enrique What main line of research and affirmed that this death could be related to an issue of organized crime, and even announced that he had already identified the alleged perpetrators, the Attorney General of the State of SinaloaSara Bruna Quiñónez, disagreed and said that no line of investigation should be ruled out.

Bruna Quinonez He clarified that, until now, the research for the clarification of the facts, without ruling out no line of inquiryincluding journalistic.

He assured that this matter in particular is of priority attentionbecause it is a deprivation of life against a professional dedicated to journalism and, therefore, in itself an attack against freedom of expression by silencing a pen that gave voice to citizens.

He recalled that the federal government has the participation of elements of the Secretariat of Public Security and Citizen Protectionas well as from the Secretary of State Public Securitywho support the investigations headed by Research staff of this State Attorney General’s Office.

Read more: Workers of the Civil Hospital of Culiacán dissatisfied with the re-election of Verónica Franco

“I allow myself to comment that, despite what was announced in the morninghave not been completed research. So far there is no evidence to confirm the criminal responsibility of individuals or any person. What we do have are lines of research that are being explored in a professional and objective manner, in which important advances have been made. They remain secret due to the legal reserve and to ensure the success of the investigation.”