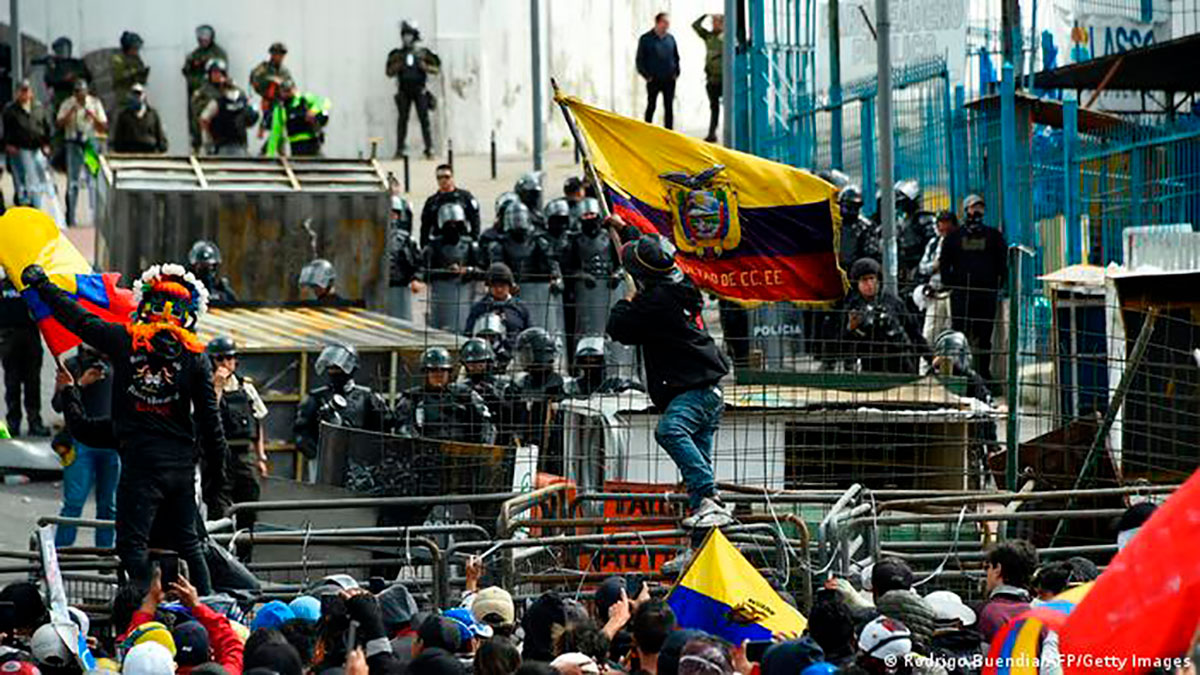 The government of Ecuador and the indigenous movement agreed this Thursday to end the protests over the cost of living that have been going on for 18 days and have left 6 dead, including a soldier, and some 500 injured among protesters and security forces. .

The indigenous and peasant organizations that were leading the protests agreed to lift the mobilizations after the government promised to repeal the state of exception, lower the price of subsidized fuels by an additional 5 cents (a reduction of 10 cents had already been announced) and not give more mining concessions in natural reserves, intangible zones, water recharge areas and indigenous territories.

The agreements were announced at a ceremony at the headquarters of the Ecuadorian Episcopal Conference, which acted as a mediator between the two parties to resume a dialogue that had begun on Monday but that the government broke off on Tuesday after the death of a soldier in a clash between protesters. and security forces.

As of this commitment, 85-octane gasoline will cost 2.40 dollars per gallon and diesel 1.75 dollars, despite the fact that the indigenous movement demanded that it be reduced to 2.10 and 1.50 dollars, respectively, prices similar to those from a year ago.

Before this commitment, the government had already partially granted other demands of the indigenous movement, such as the repeal of decree 95, which promoted oil activity in the Amazon.

It had also approved forgiving overdue debts of up to 3,000 dollars to peasant families, reducing interest on current loans, subsidizing the cost of urea by up to 50%, increasing a bond for vulnerable families from 50 to 55 dollars, doubling the budget for intercultural education and declare the health system in an emergency.

The rest of the ten points of the list of demands of the indigenous movement will be dealt with in working groups.