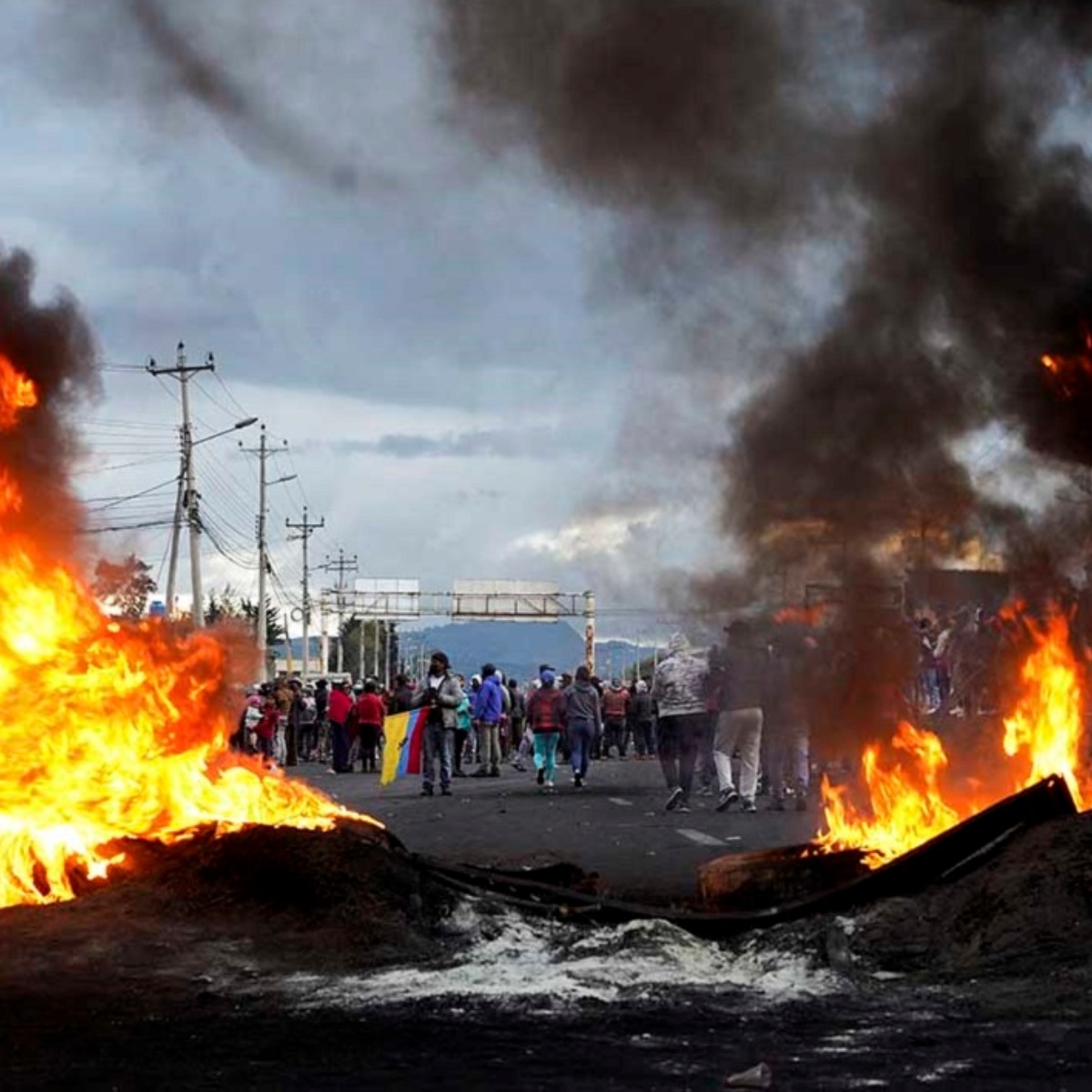 the president of Ecuador, William lassogot up on saturday state of emergency that he had imposed in six provinces in the midst of a indigenous-led strikea surprise move that came as lawmakers in the National Assembly heard an opposition petition to remove him from office.

The decision to end the state of emergency followed an initial meeting between government officials and Ecuador’s largest indigenous organization, which started the strike two weeks ago to demand that gasoline prices be reduced, price controls imposed to agricultural products and set a larger budget for education. Lasso had accused the indigenous leader leading the sometimes violent strike of trying to stage a coup.

As we mentioned in AmericanPost.NewsAfter Saturday’s meeting, the president of the National Assembly, Virgilio Saquicela, said that a commission would be formed to facilitate dialogue to end the strike.

“The National Government ratifies the will to guarantee the creation of spaces for peace, in which Ecuadorians can gradually resume their activities,” says a statement announcing the decree that ends the state of emergency in Ecuador.

The meeting was held in the Basilica church in the colonial center of Quito and was attended by the president of the Confederation of Indigenous Nationalities of Ecuador, Leonidas Iza, other social leaders, the Minister of Government Francisco Jiménez and the Foreign Minister Juan Carlos Holguín, among others.

“There has been no commitment, but simply a decision by the (Indigenous Confederation)… to consult its bases on the designation of a commission to start this dialogue,” Saquicela said, adding that “the government has made the corresponding opening ”.

Iza said that the strike would not end until her demands were met. “Instead of scaring us more, they have raised our rebellion, our dignity,” he said.

Iza said that the strikers will rest over the weekend and called for corridors to be opened in the interprovincial border areas to allow the passage of food and supply Quito, which is facing a shortage of agricultural products.

They request removal of Guillermo Lasso

Meanwhile, in a virtual legislative session, Ecuador’s opposition Union for Hope party, linked to former President Rafael Correa, called for Lasso’s removal. The request was based on the state of emergency declared due to “serious internal commotions”, which has now been lifted.

The votes of at least 92 lawmakers would be needed to unseat Lasso, while the Union for Hope has just 47 seats.

On Thursday, the indigenous confederation said a protester died of pellet wounds to the chest and abdomen while protesting near the National Assembly in Quito, where 100 others suffered various injuries. Police tweeted that the officers were also injured by buckshot.

In Quito, protesters blocking roads have brought the city to a near standstill, with people facing food and fuel shortages. Groups of protesters have roamed the city attacking vehicles and civilians and forcing the closure of businesses, some of which were looted.