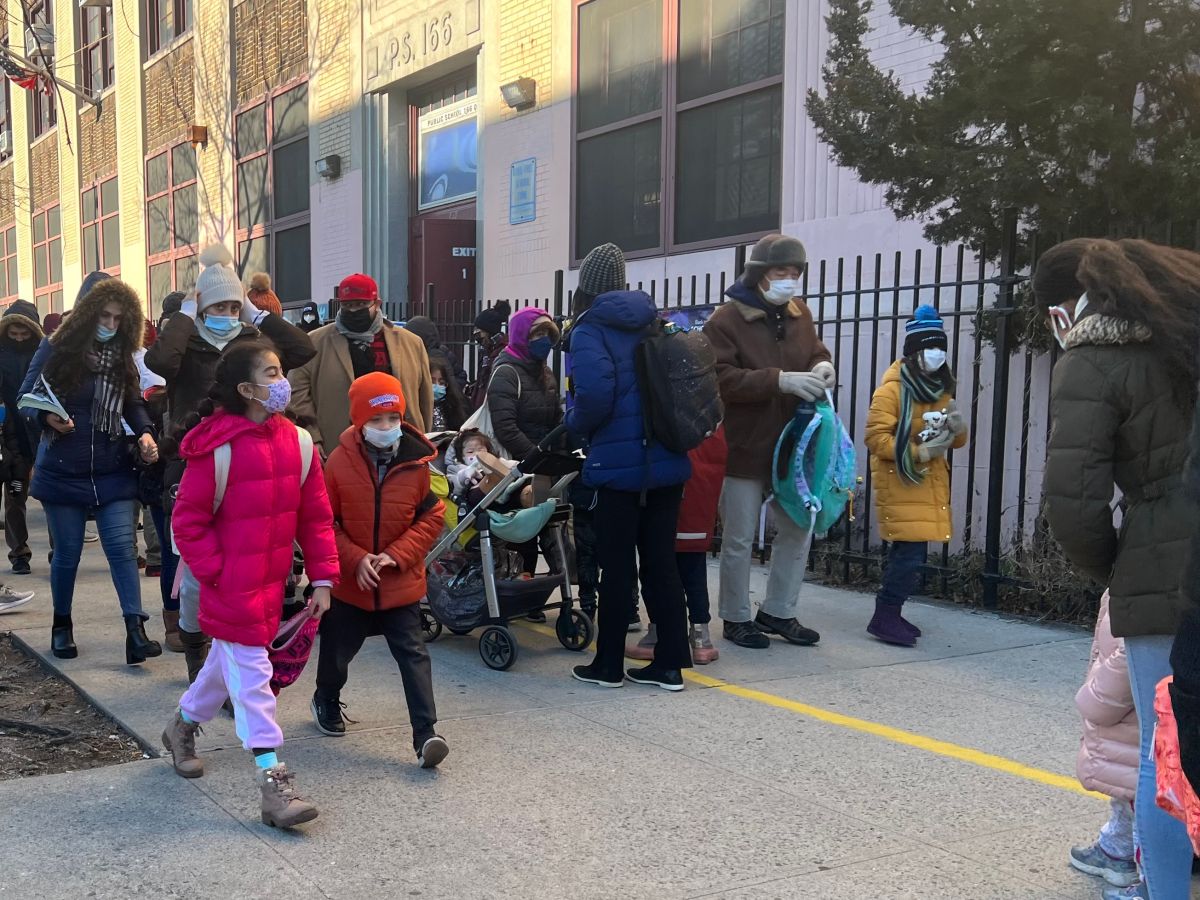 Weeks after registration the fatal shooting in a school of Uvalde, Texaswhere a student ended up with the lives of more than 20 peoplemostly small children, now the schools of the State of New York may make use of an additional resource to react to possible situations that put the security at risk in the educational establishments.

From now on, the new york schools will have the option of using silent panic alarms within school safety programs, since the Governor of the State, Kathy Hochulsigned the initiative called Alyssa Lawwhich he described as a move that will help save lives.

The law, which requires school districts to consider installing silent panic alarms that alert police during an emergency, was named after the girl. Alyssa Alhadef14, who was born in Queens and died in the 2018 shooting at Marjorie Stoneman Douglass School in Parkland, Florida.

“I’m proud of the work we’ve done to pass a nation-leading package of laws to end the scourge of gun violence, but this is an ongoing fight and we can’t stop there,” she said. the state president, noting that school districts will be able to evaluate systems that “can save valuable minutes, and lives, in the event of an active shooter” situation. “We will continue to crack down until every child in New York is secure in having an education without fear of senseless tragedy.”

The president stressed that the implementation of silent panic alarm systems in school buildings connected directly with law enforcement in a school area, can “save precious minutes” and allow an immediate police response.

Lori Alhadeffmother of Alyssa, stressed that the approval of the Law in honor of her daughter represents a true investment in the lives of students and teachers throughout the state.

“Time equals life and honoring our daughter Alyssa in this way will help make our schools safe,” said the parent.

The president of the United Federation of Teachers, Michael Mulgrewapplauded the move by the president and the Legislature, and mentioned the new regulation as a tool that will be useful to protect students and school personnel.

“At a time when too many politicians are mouthing off about tackling gun violence, the Governor Hochul is taking action. From strengthening New York’s gun laws to current work pursuing school safety and providing Red Flag law training (a specific focus on educators and mental health professionals) for educators.”

“We appreciate the efforts of the Governor and the Legislature to ensure that districts are empowered to consider the potential value of such systems and decide whether installing panic alarms would be an appropriate security measure for their schools,” Schneider said.

At the signing of the law it was also announced that there will be a series of roundtable discussions with local law enforcement and counties to detail the new policies and procedures, as well as their implementation.