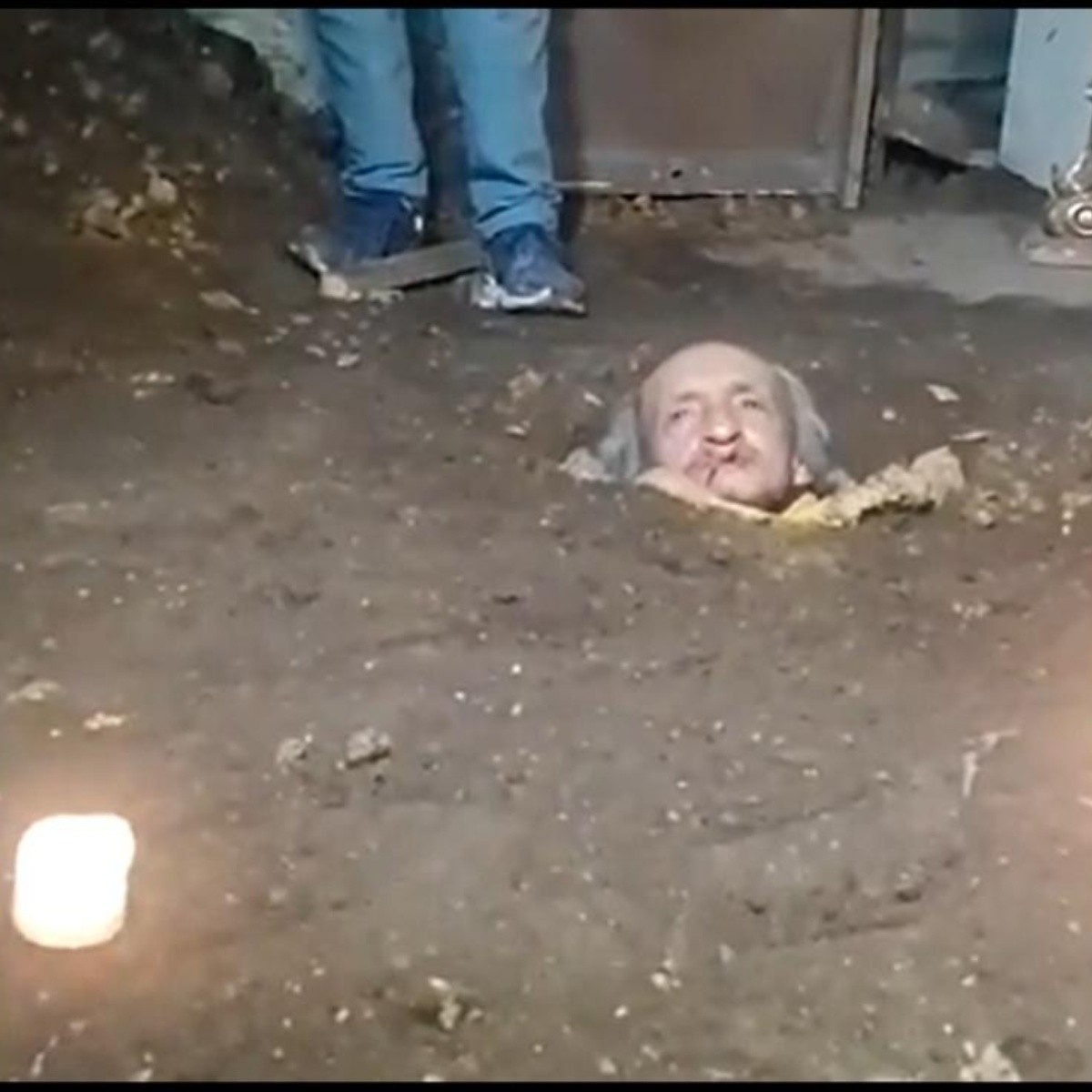 Colombia.- An elderly man buried his body in the living room of his house as a protest to call the attention of the Mayor’s Office of Bogotá, Colombia.

The man named Luis Miguel López, 74 years oldYou are in a difficult financial situation and decided to bury himself alive as an act of protest last Monday, May 23.

The inhabitants of the Tocaimita invasion, in the town of Usme, were shocked, The case of Mr. who decided to bury himself from the neck down on the property where he lives.

Mr. Luis Miguel says that he is in conditions of extreme poverty and he does not have public services such as water, electricity or gas, in addition to the fact that he ended up being robbed by thieves who injured him in a violent robbery.

Mr. Luis Miguel asked for help both from the Secretariat of Social Integration as with the other dependencies of the Mayor’s Office of Bogotá, however the responses were not positive and in many cases their request for help was ignored.

“I’m looking for a way to even get a loan or give me a job to be able to buy the sewing machines that I had to sell due to the difficult situation, with them and with some materials I could continue working,” the man told the Noticiero City TV media outlet.

The inhabitants of the sector became aware of Mr. Luis Miguel’s situation and tried to get him out of the hole but he refused help, so they decided to respect his decision and alert the authorities.

The site was attended by Firefighters from Bogotá, representatives of the Local Mayor’s Office of Usme and delegates of the District Health Secretariat.

After 13 hours the man succumbed to the cold and humidity. Mr. Luis Miguel was taken to the hospital where he spent the night and was assessed to determine if the protest affected his state of health.

The district authorities promised to solve for the entire population.

“The older adults do not have the possibility of receiving the support that corresponds to them. That the older adults that exist in this neighborhood receive support from the Mayor’s Office,” said an inhabitant of the area.

The population of more than 300 families, made up of displaced people and indigenous communities, they are completely abandoned.