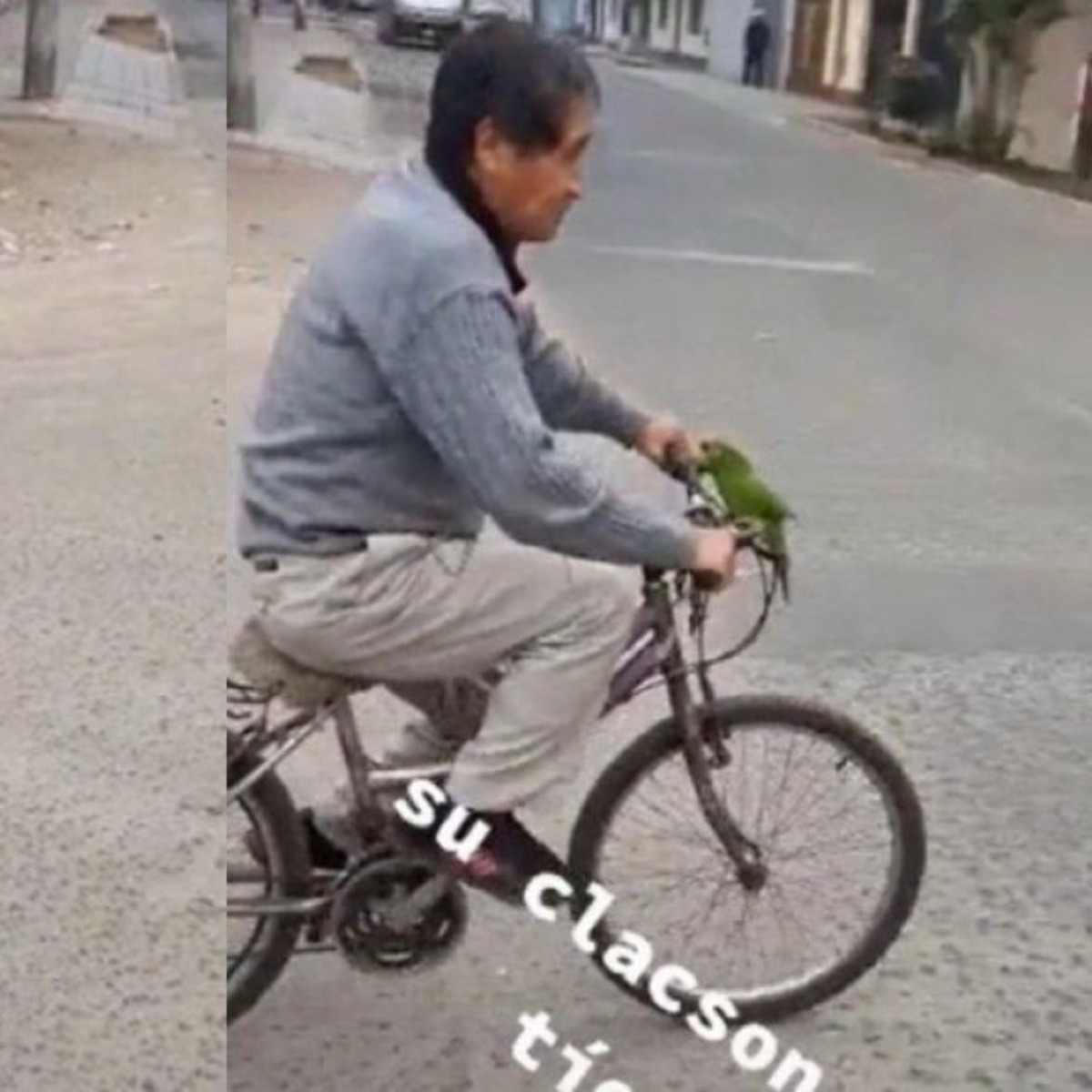 Internet and especially social networks are full of quite funny videos, so in AmericanPost.News we leave you the peculiar case where a grandfather uses his parrot as a horn.

The man quickly captured the hearts of Internet users, so much so that it has gone viral, but why?

It turns out that they have a curious way of riding a bicycle, because unlike any cyclist, he uses his parrot as a bell or horn.

Grandpa uses his parrot as a horn

It was the TikTok video, the user @cristhian_0326 where shows grandpa riding his bike with a parrot standing right on the handlebars, where the bell should go. Then, the young man who records and who turns out to be her nephew, asks her to honk the horn of his transport.

The grandfather does not hesitate for a second and makes the demonstration, caresses the head of his parrot, who begins to grab (sound that these types of animals emit).

At that moment, the young people who see the scene cannot help but laugh, while the elderly man continues to advance with his bike.

It may interest you: Parrots get drunk on mangoes and are at risk of dying in Australia

The video captivated Internet users who assure that you can see the love that the man has for his pet, and who found the clip extremely funny.

Secondly, there were those who prayed that they could have an animal to accompany them While riding a bicycle, and as always happens in these cases, there were people who said that it was animal abuse since parrots are exotic animals that should not be pets. Be that as it may, seeing that the grandfather uses his parrot as a horn has been viral.