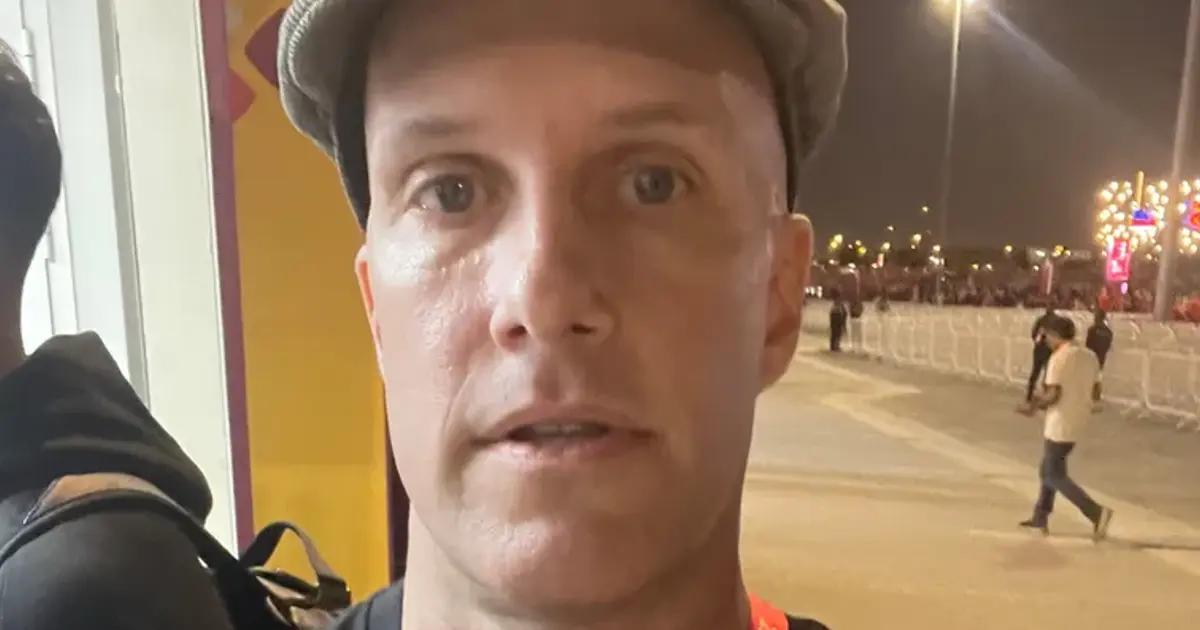 Respected American sports journalist Grant Wahl took to social media to report that staff at the Ahmad Bin Ali Stadium banned him from wearing an LGBTQI+ T-shirt. The development came after the seven European teams that had planned to wear a One Love colored armband in favor of inclusion and against discrimination renounced on Monday to do so in the face of the threat of “sporting sanctions” during the World Cup in Qatar, announced a few hours before the England-Iran match.

“Now: the security guard refuses to let me into the U.S.-Wales stadium,” Wahl reported this afternoon as he was about to enter the Ahmed Bin stadium. The journalist claimed that the Qatari staff told him, “You must change your shirt. It’s not allowed.”

According to Wahl, the journalist was held up for about 25 minutes by Qatari authorities.

“When I arrived at the media entrance of the stadium to cover the World Cup match between the United States and Wales today wearing a T-shirt with a rainbow soccer ball supporting the LGBTQ community, the security guards refused to let me in, detained me for 25 minutes and angrily demanded that I take off my shirt,” Wahl summarized, reviewing the episode he experienced in the run-up to the match.

He continued, “Same-sex relationships are illegal in Qatar. But FIFA said the rainbow flag would be welcome at the World Cup. However, the Qatari regime has said very little, raising concerns that things would be different on the ground.”

After posting his message on Twitter, where he had been denied entry for wearing an LGBTQI+ flag t-shirt, Wahl said, “A moment after I tweeted that, a guard forcibly snatched my phone out of my hands.”

“Almost half an hour passed. One security guard told me my shirt was ‘political’ and not allowed. Another continually refused to give me back my phone. Another guard yelled at me while standing over me (I was already sitting in a chair) that I had to take my shirt off,” he reviewed, noting, “I said no.”

The episode included another detained journalist, Andrew Das, a reporter for the New York Times. “He was detained as well,” Wahl said in his story on his official site.

“Finally, they let Andy go. And then, I was approached by a security commander. He said they were letting me through and apologized. We shook hands,” he said, adding, “One of the security guards told me they were just trying to protect me from fans who might harm me for wearing the shirt.”

Wahl also noted that a FIFA representative apologized to him after the episode.

Wahl’s monetary arrest came after the seven European teams that had planned to wear a One Love colored armband in favor of inclusion and against discrimination gave up on Monday in the face of the threat of “sporting sanctions” during the World Cup in Qatar, they announced just hours before the England-Iran match.

Therefore, England, Wales, Belgium, Denmark, Germany, the Netherlands, and Switzerland have waived their respective captains from receiving a yellow card for this inclusive armband, feeling “frustrated” by FIFA’s inflexibility.

“You don’t want the captain to start the match with a yellow card. Therefore, with a lot of pain, as a UEFA working group (…) and as a team, we have had to decide to abandon our plan,” the Dutch federation (KNVB) said in a statement.