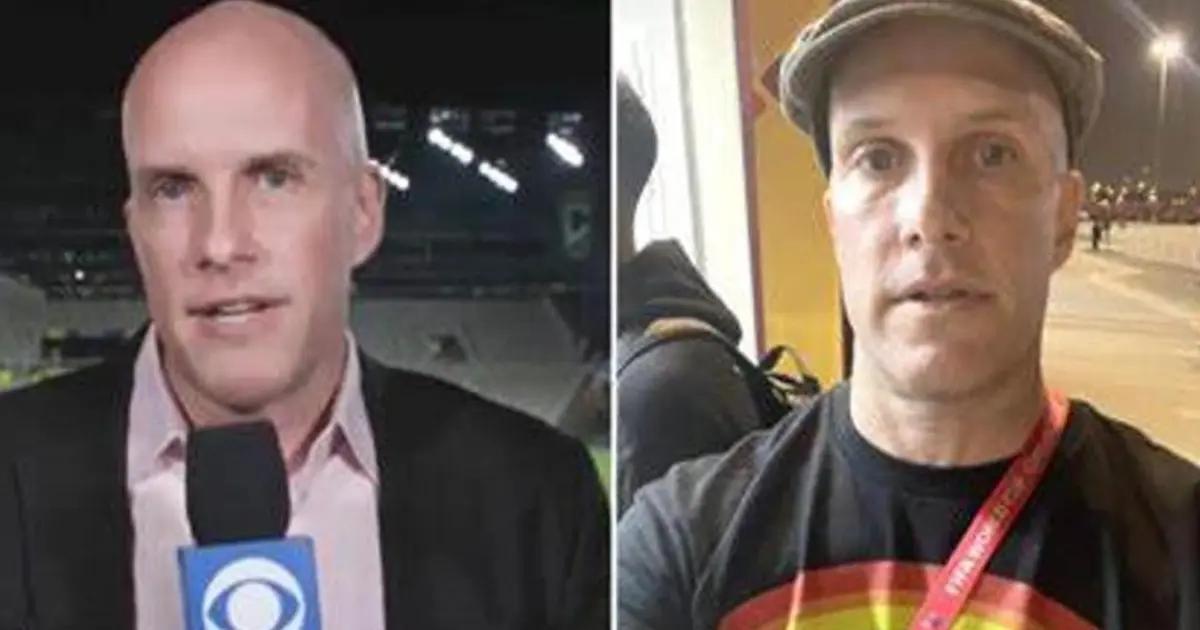 In Qatar, an American journalist, Grant Wahl, 48 years old, died while covering the game of the Argentina National Team against the Netherlands in the quarterfinals of the Qatar 2022 World Cup.

The journalist collapsed in the iconic Lusail stadium and was rushed to the nearest hospital. Upon arrival, his death was confirmed, without being clear whether the death occurred in the hospital or the ambulance.

What happened to the American journalist Grant Wahl?

Journalists sitting near Wahl indicated that he collapsed in his seat in the press box while they were in overtime at the Argentina-Netherlands duel. His colleagues decided to seek medical assistance immediately.

A few days ago, Wahl used his social media to post that he had celebrated his birthday that day while covering his eighth World Cup, but at the same time, he had also visited the hospital while in Qatar.

“My body finally became indisposed. Three weeks of little sleep, high blood pressure, and quite a workload can do this to you,” Wahl wrote.

In addition, the American had been suffering from a cold for the past ten days, which became chronic on the night of the U.S.-Netherlands match. That day he felt discomfort in his upper chest and took a Covid test, but it returned negative.

The Wall Street Journal reported that doctors said the cause of Wahl’s death was cardiac arrest, although his brother, Eric, has another version. “We’re still trying to figure it out. He collapsed in the stadium, they gave him CPR, an Uber took him to the hospital, and he died,” he said.

Wahl was involved in an incident when security officers refused to allow him to enter a stadium for wearing a rainbow-printed polo shirt, mainly for the U.S. game against Wales. The journalist was held for half an hour and finally allowed to enter.

The Qatari government cracked down on pro-LGBTQ demonstrations at the tournament despite early indications not to do so.

Faced with this, Grant’s brother spoke out from his social networks. “My name is Eric Wahl. I live in Seattle, Washington. I’m Grant Wahl’s brother, and I’m gay,” he said in a video posted on his Instagram account.

“I’m why he wore the rainbow jersey to the World Cup. My brother was healthy. He told me he received death threats. I don’t think my brother just died. I think he was killed. And I’m just asking for any help,” he said.

Wahl was married to Céline R. Gounder, an American infectious disease physician who was part of the Covid-19 Advisory Board transition team for President Joe Biden.

In light of what happened, the U.S. Soccer Federation shared a statement in which it mourned Wahl’s passing.

“The entire U.S. Soccer family is heartbroken to learn that we have lost Grant Wahl. Fans of soccer and journalism of the highest quality knew we could always count on Grant to deliver insightful and entertaining stories about our game and its major protagonists: teams, players, coaches, and the many personalities that make soccer unlike any sport,” the release read.

Wahl managed to work for Sports Illustrated from 1996 to 2021 and was most popular for covering college soccer and basketball. He worked for the Fox Sports network from 2012 to 2019 and opened his internet channel.