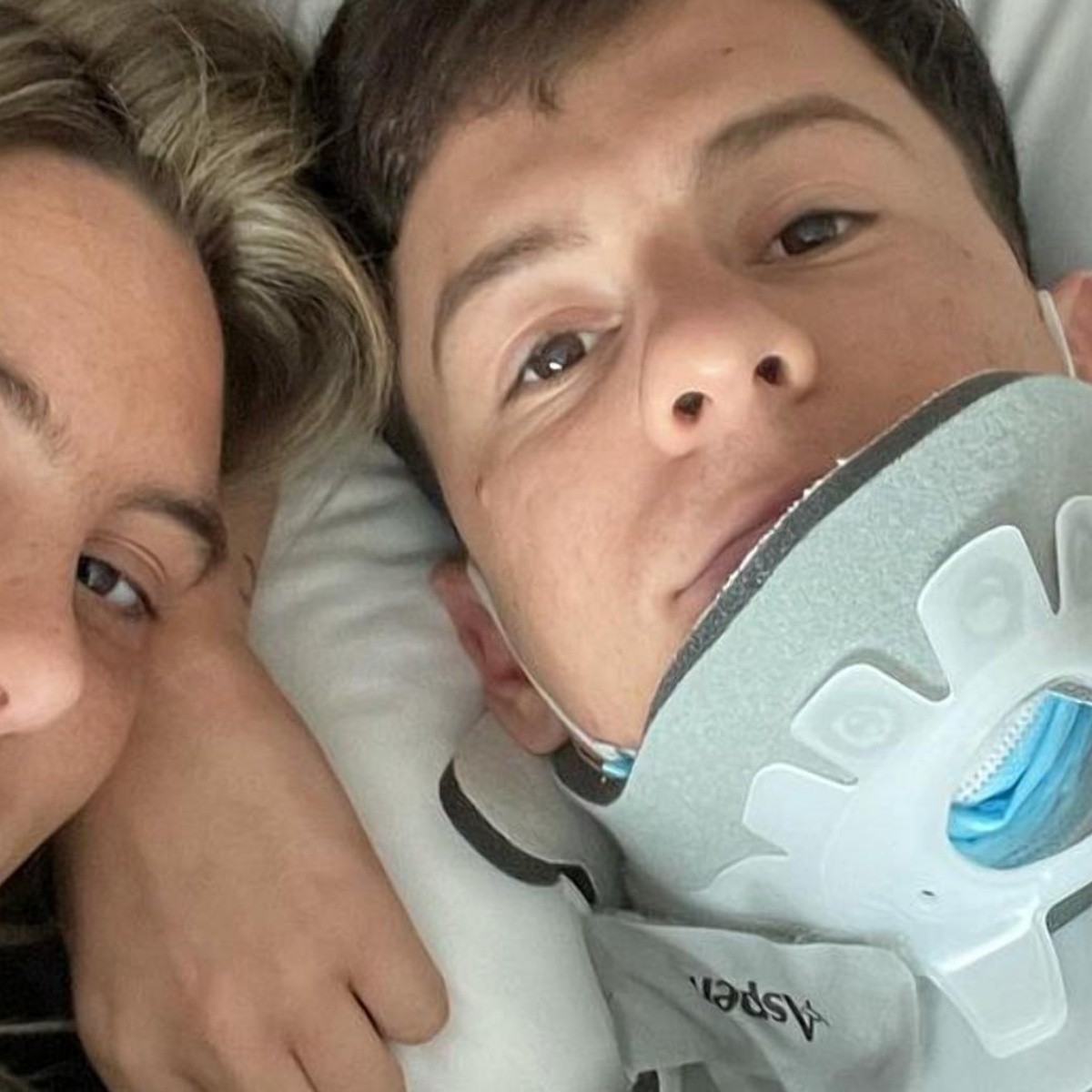 Urban music singer Jean Carlos Santiago Pérez, better known as Guaynaa, suffered a spectacular car accident in Los Angeles, California. Due to his injuries, he was rushed to a hospital. The interpreter of the hit song “Rebota” has already been discharged and continues his recovery at home, in the company of his girlfriend, the Venezuelan influencer Lele Pons.

According to a statement from their representatives, the vehicle where the singer was traveling as a passenger, received a strong impact from another car. Guaynaa suffered “severe blows and traumas, for which he was transferred to the hospital in an ambulance.”

In addition, a photograph of him was published where he appears with his eyes closed, lying in a hospital bed, with a collar and traces of blood on his face.

Given the concern of his thousands of followers, the 29-year-old singer, originally from Caguas, Puerto Rico, shared a message on his social networks where he expressed being “grateful to life and to daddy God.”

In one of the photos he posted, he sends a greeting to his followers and in another, he is with his girlfriend Lele Pons. “In the early hours of yesterday, I was the victim of a vehicle accident, now it’s time to recover,” he stressed.

I know that with the support of my family, friends and fans, I will get out of this as soon as possible, thank you all for your messages and for your calls, I love you.

For her part, the also singer and model Lele Pons (her real name is Eleonora Pons Maronese), posted some photos with her beloved Guaynaa on her social networks, accompanied by this message:

“Two days ago he was the victim of a car accident, he is now in the process of recovering and will continue to be for the next few days, so blessed and lucky that nothing happened and he is fine, thank you for your calls and messages ❤️.”

Various celebrities have sent their good wishes to Guaynaa. For example, the television host Adamari López wrote to him: “may you recover soon, my beautiful baby, God bless you very much.” The actress and singer Mariana Seoane mentioned: “blessed God you are well”.

Sinaloan singer Javier Rosas commented on the accident in Guaynaa: “may you recover soon carnal, thank God it didn’t get bigger, cheer up, pure up.”