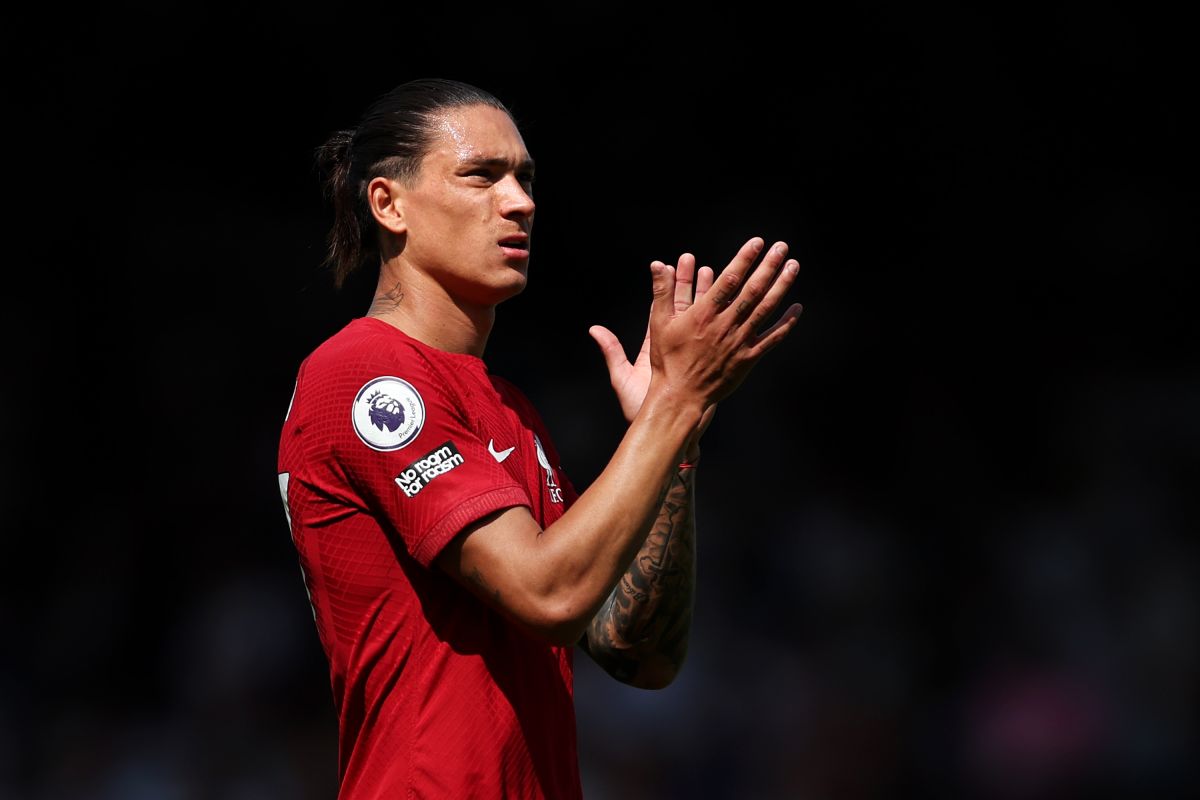 Darwin Nunez, the Uruguayan attacker what should he do forget Sadio Manédid not disappoint in his debut in the Premier: he scored a goal and gave another, but it was not enough and the Liverpool left the first points at the first change in your visit to Fulham (2-2), a newly promoted that was always ahead.

Without Mané, winner the day before in his debut in the Bundesliga, nor any of his signings in the starting field, the group of Jurgen Klopp suffered to avoid defeat against an elevator team, which returns to the Premier credited for its status as champion of the championshipfor its history and fiery fans, but with few aspirations beyond avoiding a new relegation.

And yet, based on his pressure and the success of Alexandr MitrovićFulham completely deactivated the runner-up in the first half, who despite appearing in Craven Cottage endorsed by their victory in the English Super Cup againstl Manchester City He had no other way to create danger in that first time than the individual actions of Luis Díaz.

The Colombian attacker had a goal annulled after a quarter of an hour for offside by Andy Robertson and shot the post at 38, when the “reds” they were already at a disadvantage for both Mitrovic. Very little game for what it is supposed to be, next to the Manchester City, the main candidate for the title.

Mitrovic had already warned the minute of the game, when he took advantage of a Trent Alexander–Arnold error and shot close to Alisson’s post, he hit after half an hour, again leaving the side “red” in question, which he overcame in the jump to head a cross from the Congolese Neeskens Kebano.

Without Thiago, replaced with discomfort by Harvey Elliott, and with Darwin Núñez in the field shortly after the start of the second half, Liverpool seemed to regain control thanks to the Uruguayan, who balanced the match, in the 63rd minute, with a beautiful heel to make it clear that he has a place among the best.

Half an hour ahead and the game as he likes it, but the European runner-up has not yet adjusted his pieces and Mitrovic, author of 42 goals last season and his team’s top scorer in preseason, knew how to take advantage of it. He forced a penalty from Dutchman Van Dijk and returned the advantage to the locals (72 ‘).

The long-awaited final rush served Klopp’s men to avoid defeat, by seize Salah a Darwin pass, 8 minutes later and to believe in the victory with a Henderson shot to the crossbar. A victory that, against all odds, did not materialize. For satisfaction of the rest of the “Big Six”.