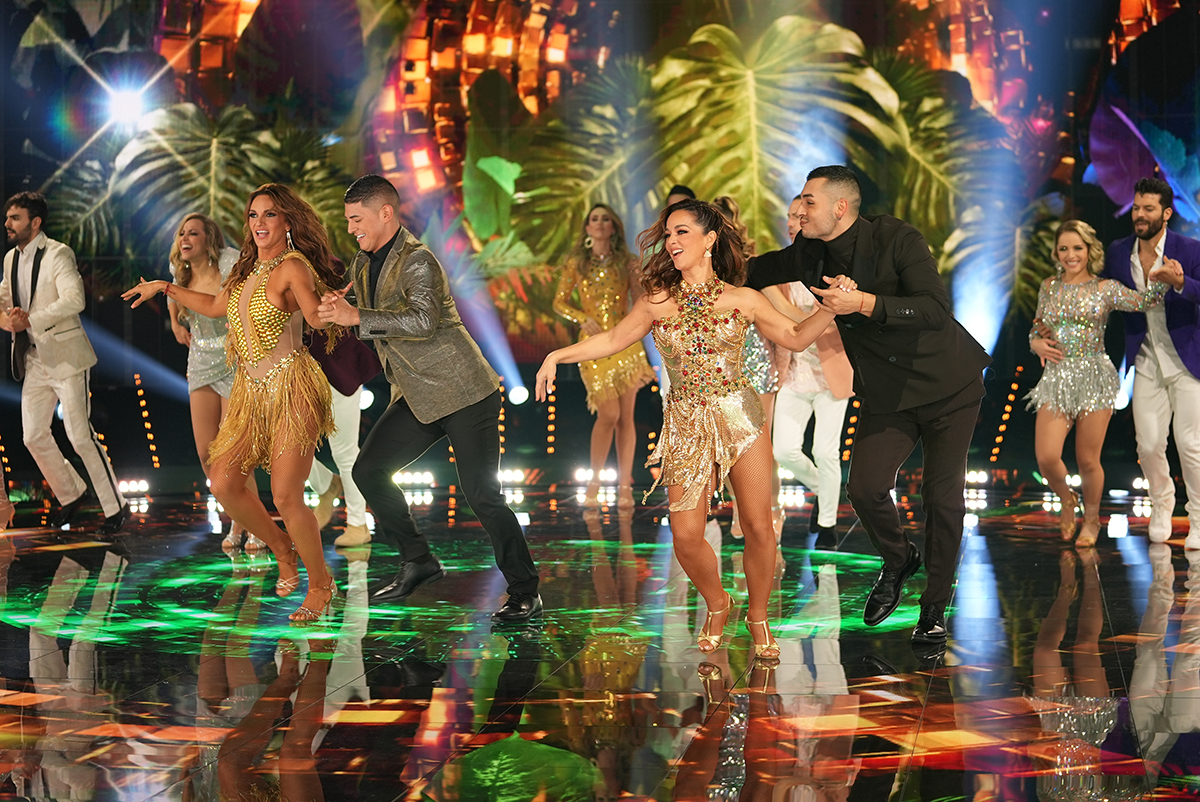 This Sunday, the Telemundo reality show gave the 200 thousand dollars and the Romero Britto trophy to those chosen by the public of the 4 finalist couples: the Colombian father and daughter That gala to gala seems to have won over the viewers.

Although for many it was a surprise, since, as one of the jurors, Cristián de la Fuente, said, they were about to leave the competition when they did not get a choreography, the public chose them, and gave them the victory, leaving the brothers Samadhi and Adriano Zendejas in second place; in third place to Adrián Di Monte and Sandra Itzel, and the fourth and least voted Lorenzo Méndez and Jessica Díaz.

But before the final result was known, the night was full of great dances and many emotions. From the opening, Telemundo threw the house out the window with a choreography where everyone danced, not only the four finalist couples, but also the judges Adamari López, Mariana Seoane, Cristián de la Fuente, and the presenters Jacky Bracamontes and Carlos Adyán.

One of the surprises of the night was the return of the most beloved celebrity couple who were in the competition: Jennifer Peña and Obbie Bermudez. But this time they didn’t dance, instead They sang ‘Before’ as a duet, a song that made the Puerto Rican famous at the beginning of 2000.

The couple not only sang that emblematic song, but also announced that in February they will begin their first concert tour together in several cities in the United States.

It was time for the last dances. Women on the one hand, men on the other, and couples. The first to arrive on the track were the Zendejas brothers.

At the end of his presentation, very excited, Adriano said that before entering the contest he had no desire for anything, he felt that his life had nothing exciting and ‘Así Se Baila’ challenged him to fight for what he wants. While Samadhi dedicated his time in reality to the woman who brought them both forward and who was in the audience: his mother.

They were followed by the couple who For many it had to be the winner and not those of third place, even the judges, who put them in the final and who continue to feel that, by dance and technique, they are the winners: Adrián Di Monte and Sandra Itzel.

Of course, the ex-spouses excited everyone again, and they were excited, Adrián thanked Sandra for everything she experienced and told her that he will always love her. While she, unable to stop crying, also thanked him for everything lived in this stage that marks the end of everything for the moment.

There were only two couples left, and he was followed by Sandra and Adrián, Lorenzo Méndez and Jessica Díaz, who this program gave him deepening their friendship and even launching as a musical duo.

They both said that whatever happens, they felt like winners. In the case of Lorenzo, he gave him an occupation at a very difficult time in his life, such as the divorce from Chiquis Rivera. In Jessica’s case, she had the opportunity to win over a different audience: that of Telemundo.

The last couple arrived on the track of ‘Así Se Baila’, that of the winners, the daughter and the father, Gregorio and Luna Pernía.

Of course, As in all the competition, Gregorio and Luna cried, especially because they danced that song that almost made them give up when the choreography did not come out.. They made the jury cry again, especially De La Fuente, who once again repeated that their relationship reminds them of his with his daughter Laura.

The final had its suspense, until Lorenzo and Jessica received the news that they were taking fourth place, the least voted by the public. However, they took it with a good attitude and gratitude for having reached the final.

The same did not happen with third place. Jacky Bracamontes gave the news to Adrián and Sandra that this position was theirs. They both couldn’t avoid being frustrated at the news and although Di Monte preferred to be silent, Itzel took the floor while he told her: “That’s it”.

“To the people at home, who no matter how many times they close the doors, no matter how many times these things happen, keep fighting, keep believing, I feel very proud of our team, we know what we did, and nobody is ever going to take that away from us... Even though you see something unfair, don’t stop fighting, because sooner or later that reward will come to their lives, “said Sandra Itzel, leaving everyone speechless.

Already with the two couples, the brothers and the father and the daughter. It was time to announce the winner, and, as we told you at the beginning, Those chosen by the public were perhaps not the ones who danced the best, but they were, obviously, the ones who most reached their hearts.. Although they said many times that they were not going to win, but to add experience, Luna and Gregorio became the winners.

“I don’t think so, I will never forget this, a thousand thanks to all the people who voted… In the name of God, thank you allGregorio said very excited and Luna added.

“Thank you all, my dad for giving me the opportunity to be here, we are all winners, we all win, thank you mom for being there“.