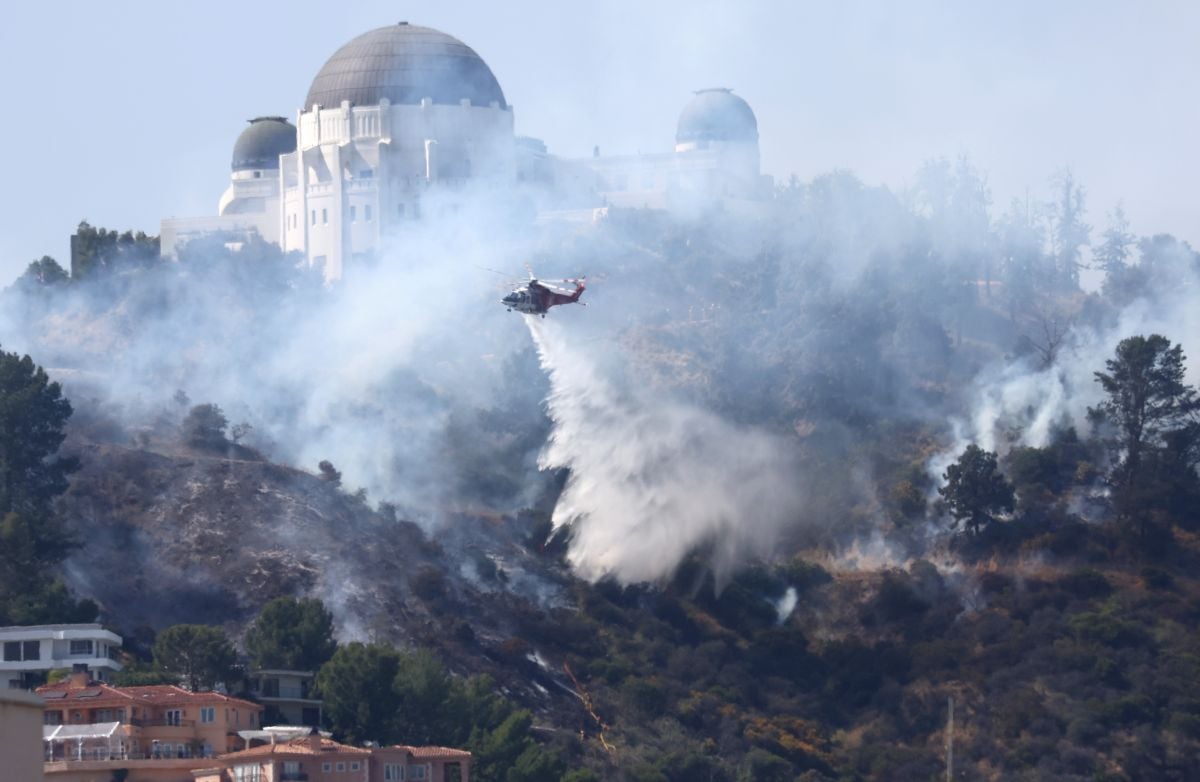 The Celebrity mansions were in danger of being engulfed in flames after a wildfire broke out near Griffith Observatory in Los Angeles.

Stars like Brad Pitt, Angelina Jolie and Kristen Stewart own properties near the source of the fire.

A major emergency was declared when the wildfire burned in Griffith Park, not far from the iconic Hollywood sign.

The fire was first reported at 2:43 pm PT after it began burning in brush and grass in the 2600 block of North Nottingham Avenue.

But authorities said the wildfire had been contained to 6 acres by around 4 pm PT.

The Los Angeles Fire Department said in a statement: “Nearly all active flames have been eliminated and progress has stopped after one hour and twelve minutes.”.

The fire department added that a “person of interest” had been detained.

An LAPD spokeswoman confirmed to The Sun: “We have a man in custody as a person of interest in connection with the Griffith Park Observatory fire.”

Former Hollywood power couple Brad Pitt, 58, and Angelina Jolie, 46, have their main residences just a five-minute drive from where the fire was burning.

Meanwhile, Twilight actress Kristen Stewart, 32, bought a $6 million property even closer to the block where the brush and grass fire broke out.

Griffith Observatory was evacuated and park rangers prevented hikers from entering nearby trails.

Nearly 100 firefighters struggled to extinguish the flames as two helicopters dropped drops of water from above.

Smoke and flames could be seen from surrounding areas, but no homes were evacuated, the LAFD said.

The fire first broke out near the Boy Scout Trail in Griffith Park, just south of the area’s historic observatory. It is a popular recreation area often used by hikers and dog walkers.