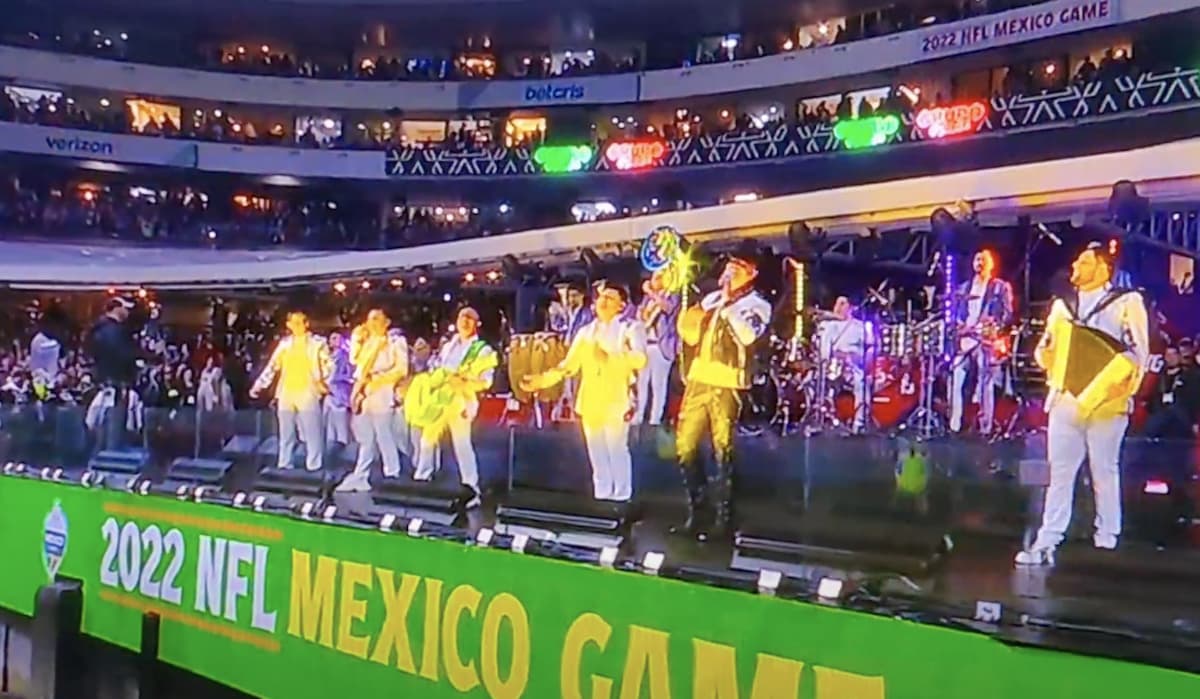 Mexico City – Grupo Firme was in charge of the halftime show of the San Francisco 49ers vs. Arizona Cardinals, NFL Mexico 2022 game, which was held at the Azteca Stadium.

As soon as the group’s name was announced, the Mexican fans did not receive them in a great way. They immediately started to boo and whistle, as several expressed dissatisfaction with having been chosen to set the mood for Monday Night Football.

But the reactions were full of contrasts. Since Grupo Firme sang their hit ‘Ya Supérame,’ the whole stadium was heard singing with one voice. Once it ended, the booing and even whistling returned.

During the rendition of ‘Gracias,’ the displeasure continued, and even jeers were thrown at those released by Eduin Caz.

This is the first time a group or artist performed a halftime show during an NFL game in Mexico. Still, everything indicates that the choice was not to the liking of most of the attendees at the Azteca Stadium, who, before the game interviewed some of them at La Afición, where some were against it, as they were not the “target” of the event. However, some did want to listen to them.

It was the fifth regular-season NFL game in Mexico City and the first since 2019. Technically the Cardinals were playing at home, but the festive and raucous fans heavily favored the 49ers, screaming especially loud when Kittle and Deebo Samuel scored touchdowns on 39-yard passes, according to The Associated Press.