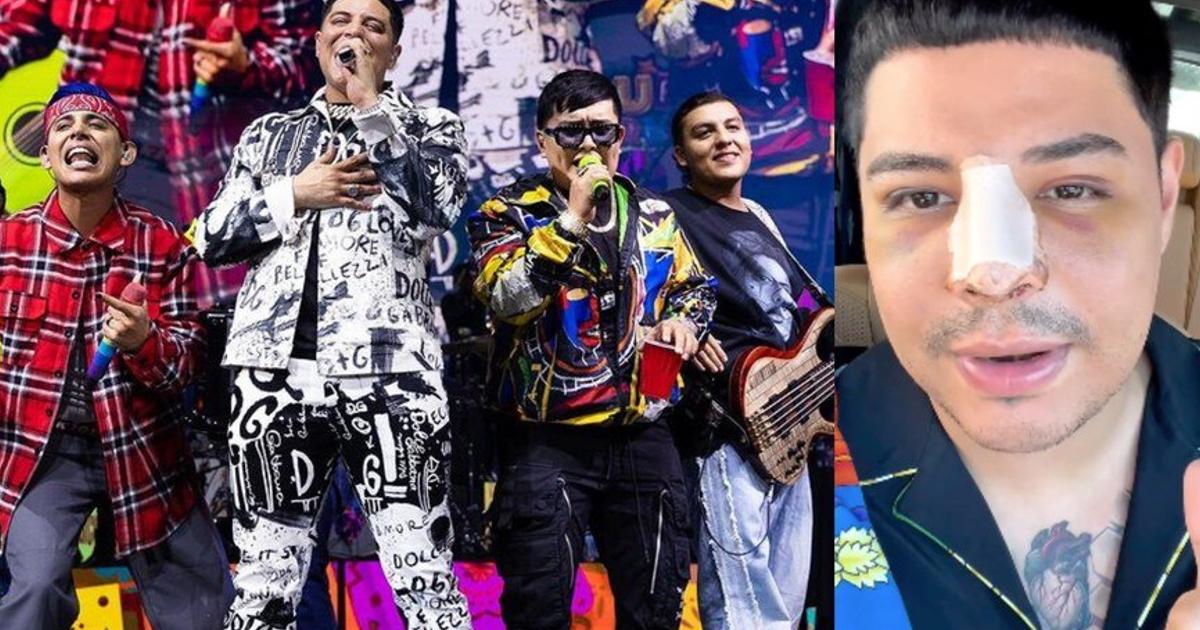 Eduin Caz, the vocalist of Grupo Firme, went from concert to concert and binge to binge, but before the end of 2022, his health was not going well.

Now, through a press release on Grupo Firme’s official accounts, it was informed that the concert at Foro Sol would be postponed, as Eduin Caz’s health is not going well.

In the statement, we were informed that the 28-year-old singer had surgery to “improve his respiratory system.” However, his recovery will be longer than expected.

Minutes later, Eduin Caz himself showed up, and although without much encouragement because he did not want to be seen “like that,” the singer gave his version and said, “I still need another operation.“

There will be a Grupo Firme concert at the Foro Sol in Mexico City, although the date will be changed from February 10 to March 10 because Eduin Caz is still recovering from his operation.

Through a statement that Grupo Firme gave on their Instagram, they informed that a few days ago, Eduin Caz underwent surgery, so they would have to postpone the concert at Foro Sol.

“Eduin Caz will follow the treatment established by his doctors and will have to maintain rest for several weeks.”

They explained that they wanted to give one hundred percent to their audience, so they would rather postpone the Foro Sol show than give a bad show.

When will Grupo Firme perform at Foro Sol in 2023?

Although the previously announced concert date had to be canceled, OCESA, the agency taking care of the organization of the event, has already announced the new date for Grupo Firme at Foro Sol: March 10.

So those who have their tickets for the February 10 show will be able to use them for the announced replacement date.

But if you don’t want to or can’t, OCESA will also refund your tickets.

According to Eduin Caz, Grupo Firme has already sold 54 thousand tickets for the Foro Sol, and now he encouraged his fans by telling them, “we have first-class guest artists.”

What happened to Eduin Caz? Grupo Firme is not going to Foro Sol due to a surgery

Grupo Firme, Eduin Caz’s band, postponed their concert at Foro Sol, sharing that the vocalist was recovering from an “airway” surgery.

Before the end of 2022, Eduin Caz alerted his fans by saying that his health was not well, and after that, Grupo Firme said that he would no longer be at the Foro Sol on February 10.

To reduce the rumors that could be created about the singer’s health, the singer showed himself in a video on Instagram, saying that he was oriented as he didn’t want to show himself like that.

“This video gives me a little feeling because I didn’t want to be seen like this, but I think it’s a bit mandatory.”

With black eyes, swollen face, and evidently in recovery, Eduin Caz said he was operated on a few days ago to give more of himself to his public.

However, he explained that his recovery was not going as fast as he expected, so he had to postpone the Foro Sol show.

“I’m taking a little longer in my recovery because I did something complicated, what is my chronic sinusitis was already very damaged, so my recovery is taking longer.”

He also said that on January 25, he would have another surgery, but this one to treat the hernia that caused him many problems in 2022.

“I still need another operation that is my hernia and the truth is I don’t want to offer them a bad show.”

Finally, Eduin Caz called his fans to go to his concert at the Foro Sol, saying that they would not regret it, “I hope they understand me, I will not fail them.”