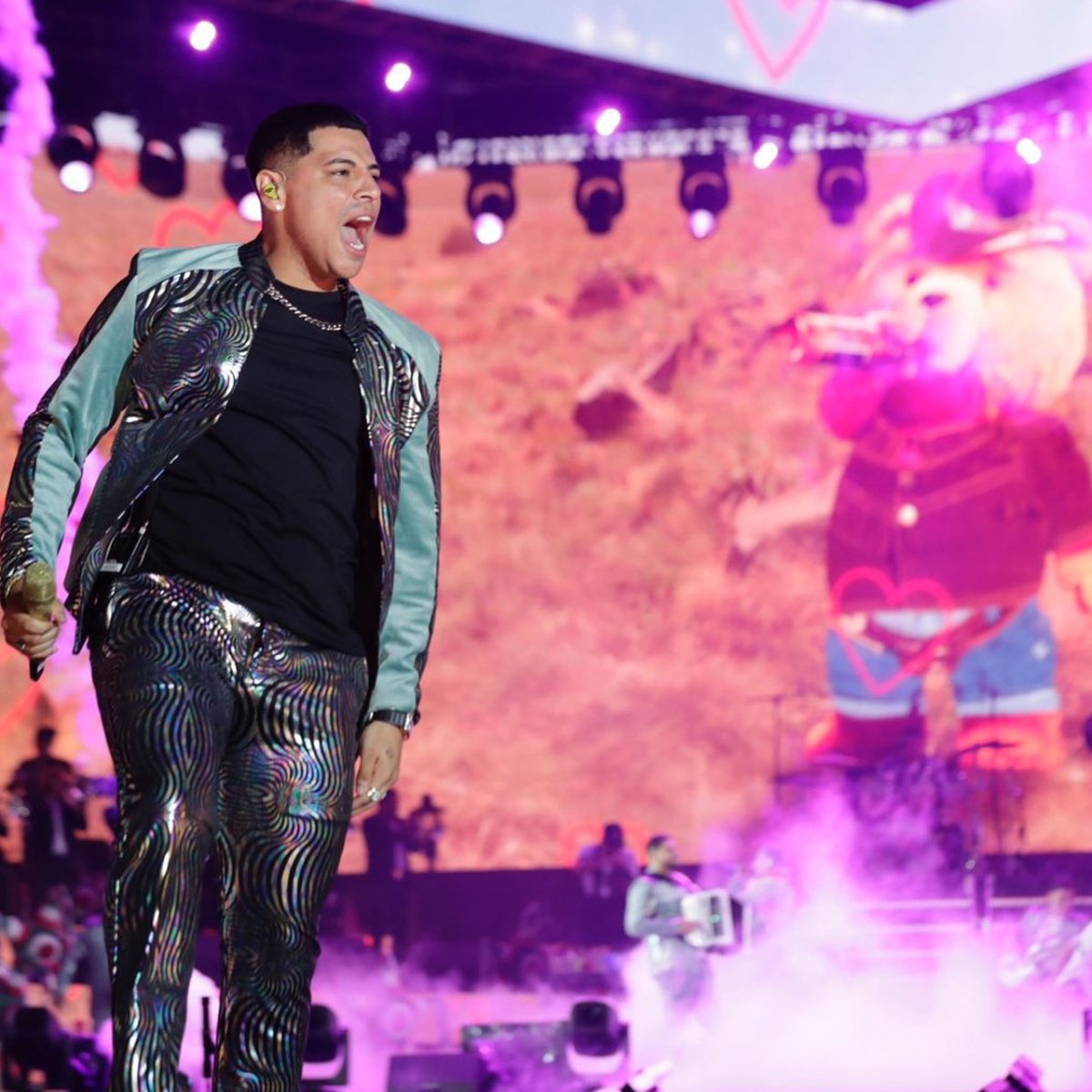 As expected, Grupo Firme’s concert in the Zócalo of the CDMX was attended by hundreds of thousands of people who sang and danced to their most popular songs. However, the song that stole the night was “La Tusa” by Karol G, to which they gave a version adapted to regional Mexican.

In American Post News, we inform you that on the night of September 25, Grupo Firme offered a free concert in the Zócalo of the CDMX, which 270 thousand people attended and is considered a resounding success.

Remember that Grupo Firme has positioned itself as the most successful regional Mexican group, so the event was one of the most anticipated of the year, and the group did not disappoint their fans, making headlines.

Grupo Firme’s concert at the Zócalo began with some technical failures. However, this did not prevent the singers from making the audience dance, who had been waiting for hours.

Eduin Caz started the concert with one of his best-known songs, “Ya Superame,” followed by ‘En Tu Perra Vida’ and ‘Juro Por Dios.’ However, all attendees were surprised when the group was encouraged to sing ‘La Tusa,’ a song by Karol G.

Unlike other artists who have received harsh criticism for performing ‘La Tusa,’ Grupo Firme fans showed their excitement, and even social networks reacted:

“Grupo Firme singing the Tusa in potpourri with my eyes cry for if, it is of the most surreal what my ears have heard” read on networks.

Firm Group in the Zócalo

According to the authorities, Grupo Firme’s concert at the Zócalo in Mexico City was attended by 280 thousand people, breaking Vicente Fernández’s record.

The singer Vicente Fernandez achieved an attendance of 219 thousand people on February 14, 2009, so Grupo Firme now snatches the first position.

Grupo Firme thanked all the fans who attended the concert at the Zócalo and once again reaffirmed that they are the greatest exponents of the genre.