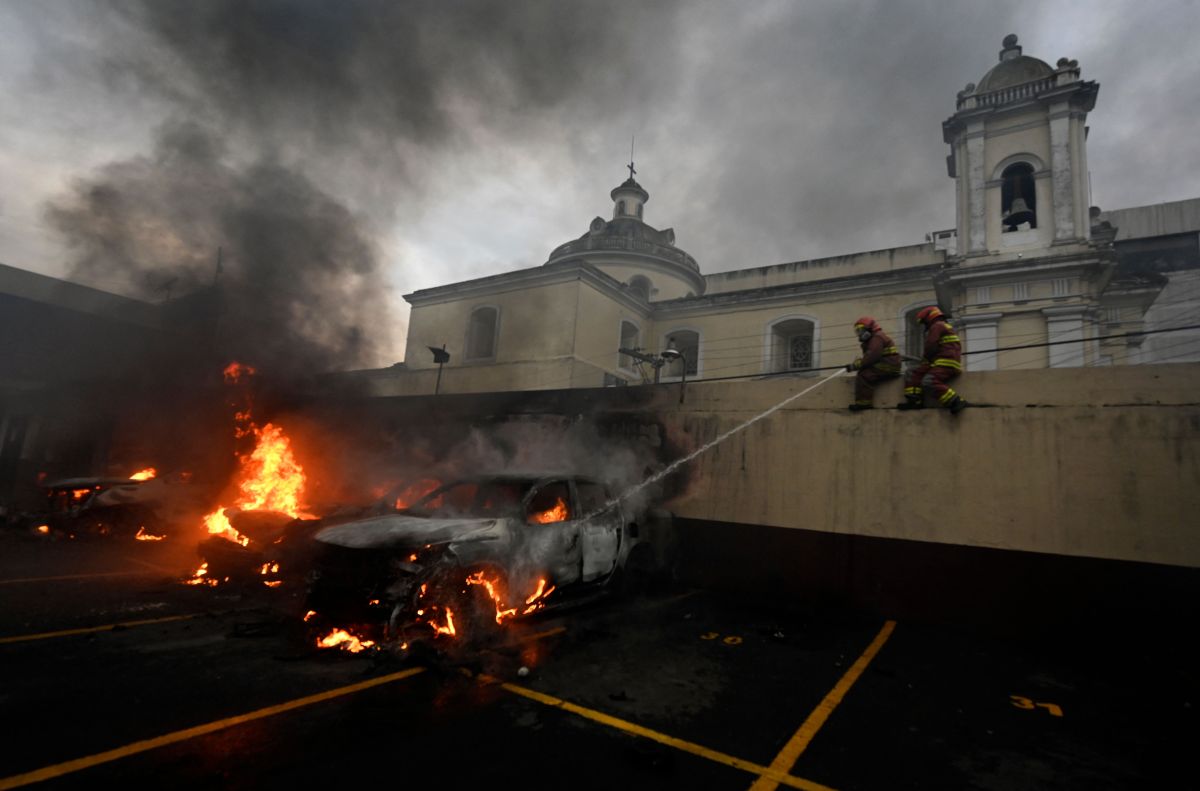 A march by ex-military in Guatemala ended with severe disturbances and with the entry of some protesters by force in the Congress of the Central American country, where they caused damage.

Veterans held a demonstration in the center of the capital to require the government to pass a law that guarantees payment of compensation for their participation in the internal armed conflict (1960-1996), when they went to the Legislative facilities, which had to be evacuated.

According to the local press, the police guarding the Congress could not prevent their entry, despite being confronted by an anti-riot group with tear gas.

There was destruction in offices and in some access doors.

#Congress | Five vehicles were set on fire in the parking lot of the @CongresoGuate, after the incident caused by Army veterans. @free Press @Guatevision_tv pic.twitter.com/EvjWCYe87v

For weeks, ex-military personnel have held several demonstrations and roadblocks to pressure the government to pass a law to pay them around $ 15,500 for “services rendered” during decades of internal conflict.

According to the newspaper La Prensa, the veterans assure that this was what President Alejandro Giammattei promised them in the campaign in exchange for votes, a promise that Deputy Felipe Alejos, of Todos, renewed when presenting an initiative to become law.

The problem is that does not know how many ex-military are and, therefore, how much money will be needed to fulfill the initiative.

According to estimates by the Commission for Historical Clarification, a kind of truth commission that functioned in the country, more than 200,000 people died and another 45,000 disappeared during the years of internal conflict.