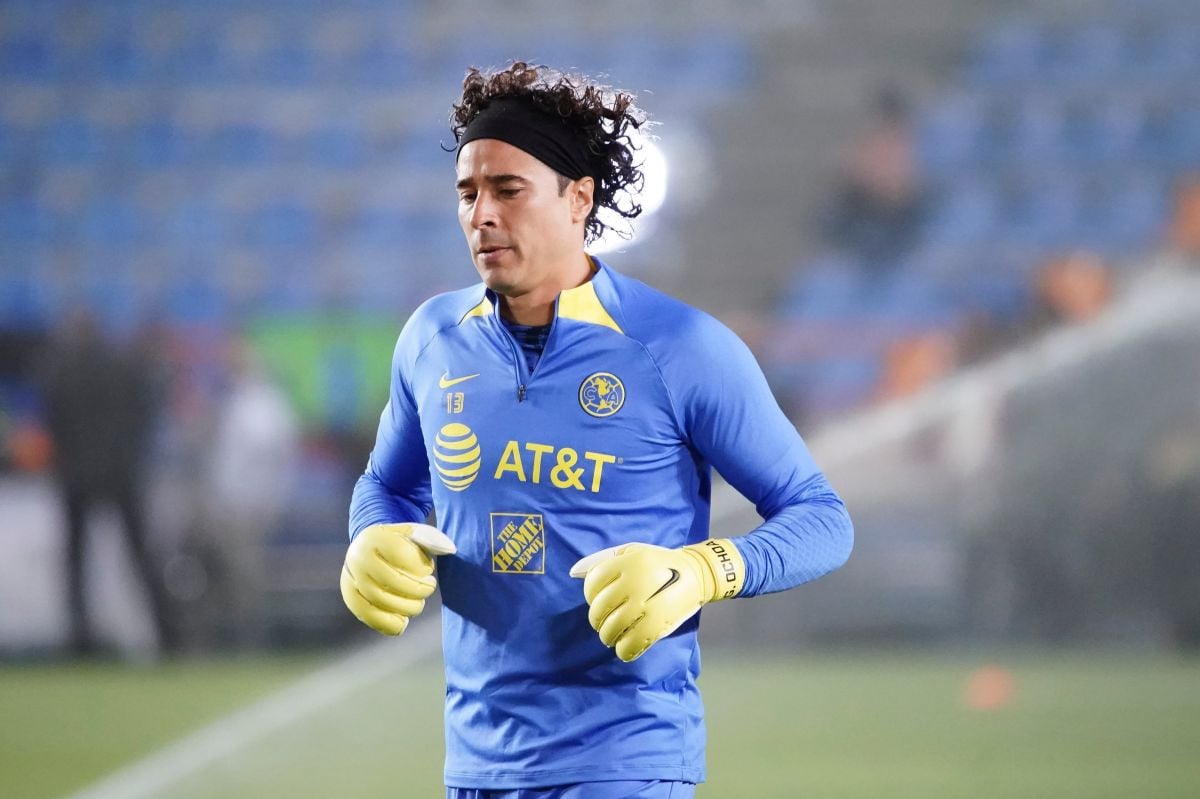 At 37 years old and after a career full of congratulations and a tour of various parts of the world, Guillermo ‘Memo’ Ochoa is settled and captaining a great Club America that dominates Liga MX and is running as the great favorite to win the 2022 Opening Tournament.

The goalkeeper could lift the long-awaited trophy 14 with the Eagles, a demand from the azulcrema fans thirsty for titles. But at his age and with the weight of his experience, Ochoa must make a difficult decision at the end of the year, possibly after playing his fifth World Cup: accept the renewal offer from America or migrate back to Europe.

A difficult decision that has the Memo on the horizon. While the Coapa board greatly appreciates him and wants him to finish his career at the club that formed him, several teams from the ‘old continent’ wish to count on his services.

In an interview for the media, the already historic goalkeeper was emphatic in swearing allegiance to the Eagles of America: “I don’t see myself playing for another team in Mexico other than América. I am loyal to the club, I am loyal to the institution, and for now it is on the right track”. This statement is also issued to dispel rumors that he would supposedly accept an offer from another Liga MX institution, information scattered on some Mexican portals.

But despite his professed love for his current team, Guillermo Ochoa stressed that he has a European passport and it would not be difficult for him to return to elite football in case he does not reach an agreement with the Eagles: “I have to explore other destinations because I am going to continue playing for many more years. Now that I have a Spanish passport, doors have opened for me”.

Fox Sports reported that the club that is first on the podium to take over the services of ‘Paco Memo’ is Mallorca, led by Mexican coach Javier Aguirre. The ‘Vasco’ already expressed in the past that it would be an honor to manage Ochoa, but at that time, his efforts were focused on saving the Balearic Islands from losing the category in La Liga.

Located in the middle of the table, the Mallorca board could fulfill the coach’s whim and make an effort for the goalkeeper he wants when the winter market is activated. To this end, they are convinced to offer Memo an excellent contract offer he can’t refuse.

The other two teams interested in the services of Guillermo Ochoa are also from Spain: Sporting Gijon and Real Oviedo. This last club is owned by the consortium that handles the threads of Pachuca in Liga MX and has a very Mexican process, so it would not be surprising if they bid hard to have a symbol of Mexican soccer such as Memo.

The possibility that the Eagles of America would lose their captain at the end of this year was the subject at the ESPN discussion table. The former soccer player and current analyst, Hérculez Gomez, made clear the mistake the board would make if they let the goalkeeper escape.

“It would be a tremendous failure for Santiago Baños and the entire board not to retain Guillermo Ochoa (…) The best player since Memo Ochoa arrived at América… He is Memo Ochoa himself!”Herculez Gomez

The journalist Alex Pareja, for his part, does not consider that Ochoa is pressuring the azulcremas to press for a better contract but rather that he is “really contemplating” returning to Europe.

For now, Ochoa’s mind is set on raising the 14th with America and playing his fifth and last World Cup with the Mexican National Team. In January, his fans will know if he continues in the MX League or if he will go to Europe.