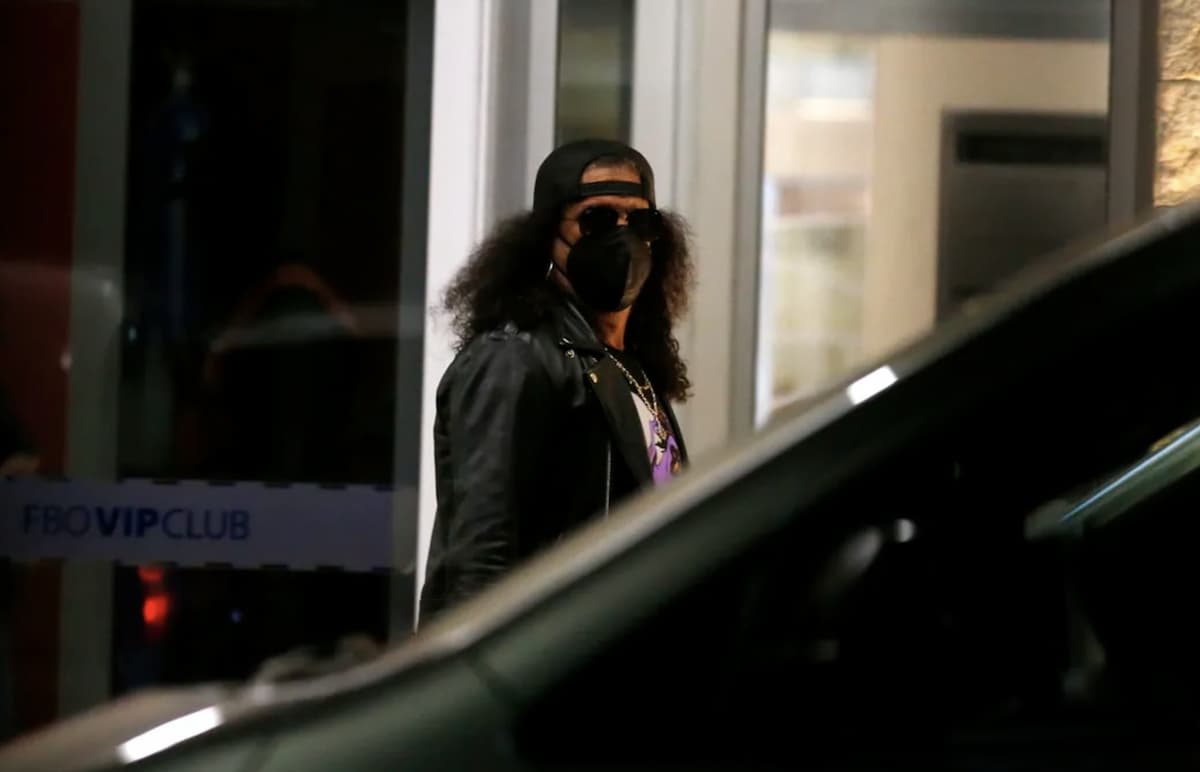 After finishing a Brazil tour, the rock band led by Axl Rose arrived in Argentina on Tuesday night. On Friday, the group will play a show at the River Plate stadium.

After finishing a ten-date tour of different cities in Brazil, the American band Guns N’ Roses arrived this Tuesday night at Ezeiza airport by private flight. At the exit of the VIP sector, six vans were waiting for them to take them to the hotel where they would spend the next few days. On Friday the group will give a concert at the River Plate stadium.

Only the band’s legendary guitarist, Slash, allowed himself to be captured by the photographers’ lenses, waiting for their arrival. With his typical long curly hair, cap, and carrying his guitar, the musician looked at the cameras and smiled sparingly.

This is the first visit to the country since October 2017, when they performed at the Estadio Único de La Plata along with the British band The Who. Guns N’ Roses was going to be one of the central numbers of Lollapalooza Argentina 2020, a festival that was finally suspended because of the coronavirus pandemic.

This Friday, the band, with three of its original members Slash, singer Axl Rose and bassist Duff McKagan, will finally perform in Buenos Aires as part of their We’re F’n Back! Tour in a single date that brings them to the River stadium, the same one that saw them say goodbye to the stages in July 1993, to then give way to a long hiatus with fights and distancing included.

In the show, which lasts almost three hours, the band performs classics from their albums Appetite for Destruction (1987), GN’R Lies! (1989), Use Your Illusion I and II (1991), The Spaghetti Incident? (1993) and Chinese Democracy (2008), the last album released to date on behalf of the band, with Rose as the only original member. In addition, the band usually includes two recently released songs in their setlists, which sound like a foretaste of a possible new – albeit long-delayed – studio work: “Absurd” and “Hard Skool.”

“There’s a sense of pent-up expectations after not having any real gigs or any kind of real live activity for so many years, after the shutdown and all that. So there’s some pent-up energy being expelled,” Slash said a few weeks ago, in an interview with a Japanese radio station, about the length of Guns N’ Roses’ shows.

At this time, work began inside the Antonio Vespucio Liberti stadium to set up the stage for Friday’s show, featuring the Argentine band Airbag as the opening act.