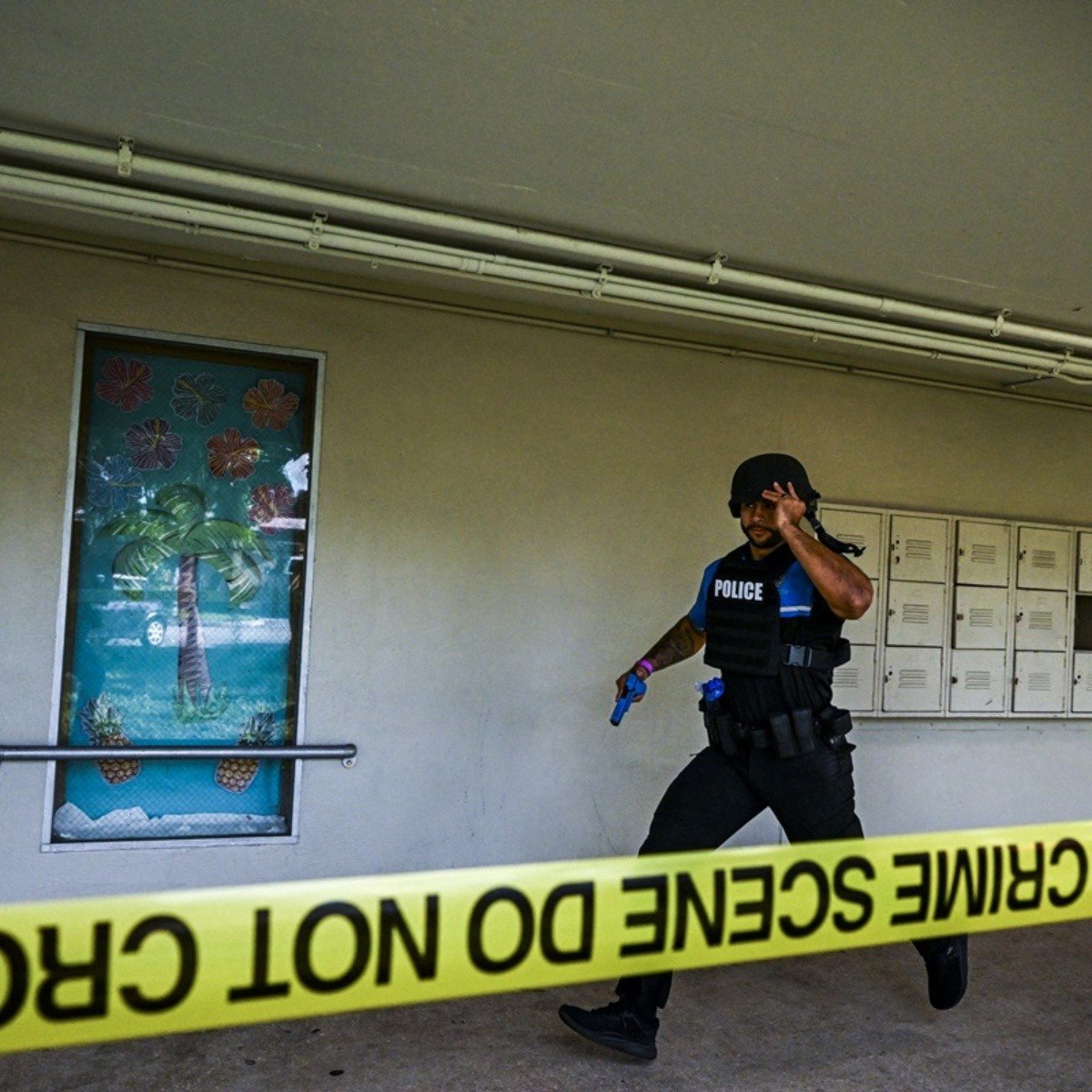 Miami.- Shots ring out in a classroom of a school in Miami. Inside, a dozen students with red-stained clothes scream in desperation. An agent walks down the hall, more shots are heard and a young man is knocked down. This scene is just a police drill.

The cartridges were blank and the blood was fake, as were the screams, the wounds of the four evacuated teenagers, the assault rifles and the pistols of the 100 police officers who participated.

The objective is to prepare the police and the emergency services to face school massacres such as the one that caused 21 deaths in May – 19 children and two teachers – in an elementary school in the Texas city of Uvalde.

The police response to that shooting outraged the United States, especially after the release of video from the school’s surveillance cameras showing numerous officers waiting in the hallways without intervening.

In Uvalde, 73 minutes passed between the arrival of the first police officers and the death of the shooteran “unacceptable” term for an operation in which 376 agents participated, according to a report by the Texas Congress.

A change of method

“Our rule is that the first officer on the scene engages the shooter,” explains Maj. Carlos Fernandez of the Miami-Dade Schools Police Department. “Everything possible is done to save lives.”

Police intervention in school shootings, which does not have federal guidelines, has evolved over the years.

When two teenagers killed 13 people at a Columbine, Colorado, high school in April 1999, the norm was for officers to wait for SWAT tactical units to intervene, Fernandez recalls.

Then it was decided to form groups of four agents before acting, but this also took too long to confront the shooter, he adds.

Around him, three minutes after the first shots were fired, when the false suspect is already out of action, the street fills with police cars in front of the school where the drill is taking place, in Hialeah, near Miami.

The agents run down the hallway on the ground floor and check that the bathrooms and classrooms are empty. Then they do the same thing upstairs. With everything under control, firefighters enter the building and take away four students who are pretending to be injured.

Before, the medical teams waited outside the school, but now the police are trying to clear a part of the facility as soon as possible so that they can enter quickly, explains Fernandez.

On this occasion, in the middle of summer vacation, some thirty teenagers volunteered for this police and firefighter exercise.

But for the rest of the year, public school students are required to participate in shootout drills, in at least 40 of America’s 50 states.

And several NGOs against armed violence are concerned about the psychological effects of these practices for young people, especially when they seem increasingly real with fake blood, blank cartridges and screams.

One such association, Everytown, last year studied the social media conversations of students in 114 US schools, 90 days before and 90 days after shooting drills.

Their conclusion is that these exercises are linked to increases in cases of depression, stress, anxiety and physiological problems.

For Miami-Dade Schools Police Chief Edwin Lopez, it is important that the exercises are realistic and that students participate in them.

“Our goal is to unnerve the officers as much as possible. And that involves students screaming, fire alarms going off, smoke, sound or actual gunshots,” he explains after the drill in Hialeah.

“And it’s critical that children make a valuable contribution to our officers. Many of them give law enforcement the information they need on a daily basis to mitigate and prevent” shootings, he adds.

In its study, Everytown pointed out another concern regarding these drills: the possibility that they provide information to future perpetrators of school massacres, taking into account that many of them are students or former students of the attacked schools.

Officer Lopez does not consider that to be a problem, on the contrary. “It’s not risky at all. I want anyone who thinks of harming any of our schools, our children, to know exactly how hard we’re going to go against them,” he says.