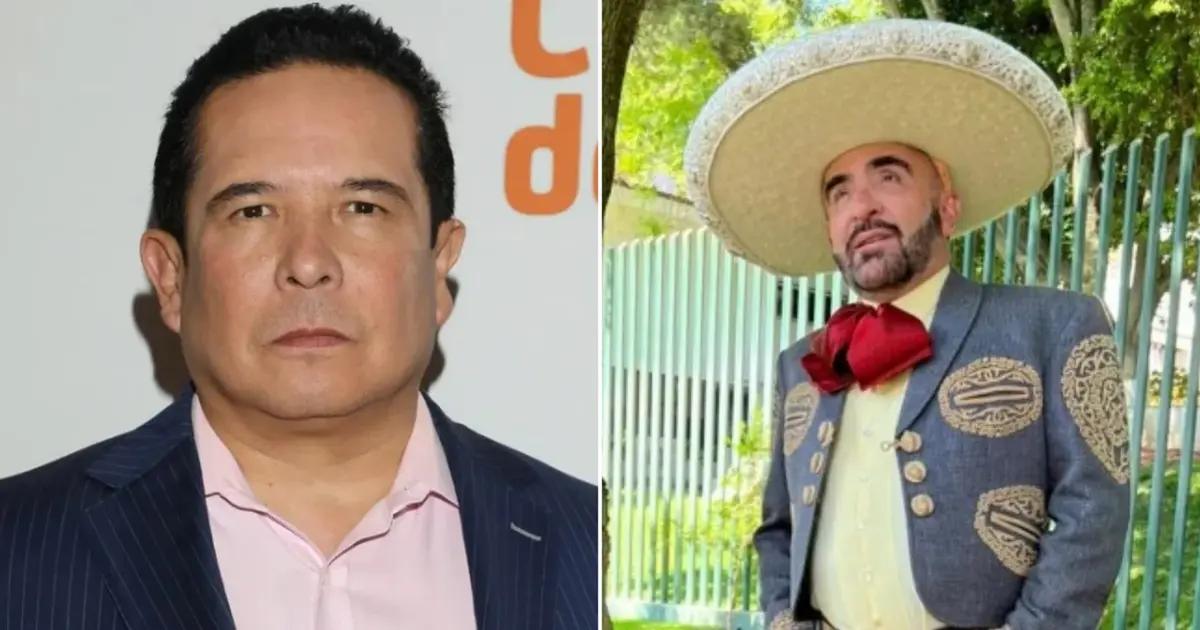 Once again, Gustavo Adolfo Infante is involved in a scandal due to a strong argument with Vicente Fernández Jr. during a live broadcast of De Primera Mano. In an attempt to clarify the rumors surrounding the inheritance left by the Charro de Huentitán, the entertainment journalist and the performer exploded in an argument.

It was last Monday, November 7th, when the production of the program established communication with Vicente Fernández Jr. to clarify the information that Gustavo Adolfo Infante shared with his audience a few days ago regarding the supposed inheritance of a piece of land that the singer would have passed on to his mother’s name, María del Refugio Abarca, as part of the shares that the interpreter of “Acá entre nos” would have left stipulated in his will.

Without going into details, the boyfriend of Mexican Kim Kardashian commented that he has no reason to explain to anyone what is being done with the inheritance left to him by his father and assured that since his irreparable loss -on December 12, 2021- he, his siblings and his mother have tried to be more united than ever. He also spoke out against El Último Rey: El Hijo del Pueblo, the unauthorized bioseries of Chente launched by Televisa Univision.

“Many media outlets have believed the caricatures the other TV station put out. The three brothers are united with my mother more than ever,” he said by telephone.

Gustavo Adolfo Infante reaffirmed the information on the probate estate. He lashed out against Vicente Jr. because, in an interview given to another media outlet, he said it was “corridor gossip” and lacked credibility. Under this context, he recalled that he had denied the eldest of the Fernández brothers on two occasions.

“One was when Vicente Fernandez, your father, told me about the gay liver. You told me he was a liar and that he had taken it out of context and it was life, so I elegantly shut your mouth. And last week, I presented what I have from the notary where you are ceding the hectares, you don’t have to explain, but we are not lying“, the journalist pointed out.

As expected, his statement resounded in Vicente, who assured that the controversial comment made by his father at the time was taken out of context and recalled that he apologized to the LGTB+ community before he died: “We, like all artists, have a large percentage of affection from the gay family.”

The head of the program assured that at that time, he defended the Charro de Huentitán explaining the differences that exist in the conceptions of different generations, but: “On the other hand, if you gave in or they took away your land or however it was is not my problem either… I think I have no lack of credibility, and I appreciate you taking the call to say that you are not going to explain anything to us“.

Vicente Fernández Jr. could not take it any longer, and in a sarcastic tone, he wished that his interview would be enough for many programs. The journalist did not remain silent and answered: “Sorry, but you don’t have the same specific weight that your father had.”

Finally, the first-born son of Mexico’s icon hung up the call, quite furious with everything going on. However, minutes later, the program’s production reestablished communication so that Gustavo Adolfo Infante could offer him an apology.

It was never my intention nor was it my desire to disrespect someone as great as your father, someone who generously opened the doors of the ranch “Los Tres Potrillos” and gave me countless interviews. I think I never had the opportunity to tell you and I tell you today, it hurt me a lot because he thought it was me but it was never me.