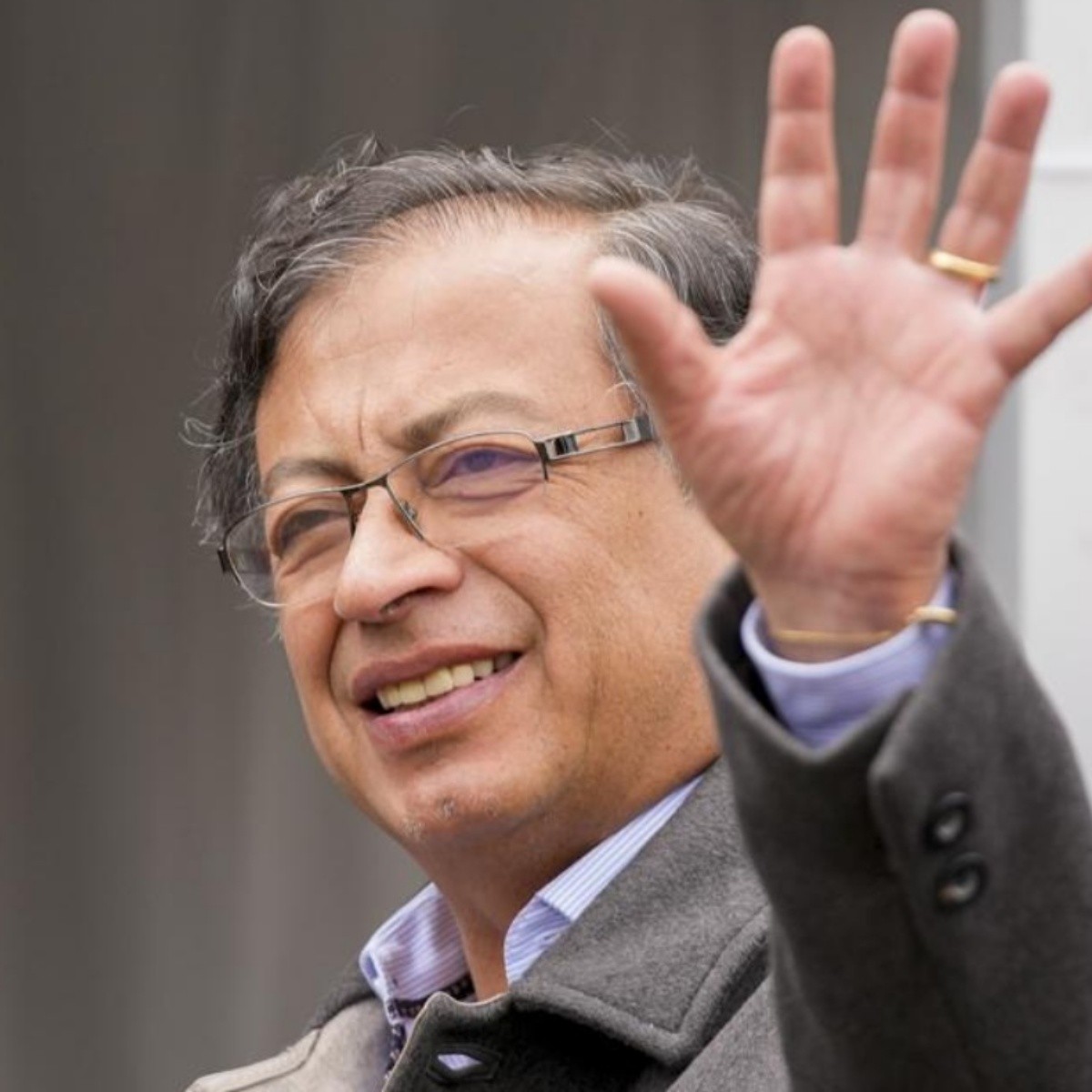 Gustavo Petro On Sunday, he will wear the Colombian presidential sash and mark several milestones: he will be the first left-wing head of state in 200 years of republican history, the first former guerrilla to become supreme commander of the Armed Forces, and he will have Francia Márquez as vice president, the first Afro-descendant to hold that position.

Petro generates hope in political and social sectors that had never reached those instances of power and in the most vulnerable population, who expect greater equity and responses to widespread discontent over inequality that was evidenced in the massive protests of 2021 against the policies of the outgoing government of conservative Iván Duque.

But there is also uncertainty among the military, businessmen and a sector that distrusts its past as a guerrilla fighter due to the fiscal, agrarian and police reforms that it seeks to carry out and due to the possible changes in the economy so that it does not depend so much on the extractivism.

“It is the beginning of change. It is that hope that we had towards a perspective of protecting life,” María Violet Medina Quiscue, a Nasa indigenous woman, told The Associated Press. “The people and the excluded sectors were the ones who gave him the power and the faith to get him there,” she added.

The political transition was peaceful with the government of Duque, who ceded power to his main opponent and ended up with low popularity. In contrast, after being elected Petro improved his favorable image, which went from 42% in February to 64% in July in an Invamer survey of 1,200 people.

Petro, 65, aspires to major reforms in a country with high levels of poverty, inequality and growing violence, and embodies a left that has been marginalized and sometimes stigmatized by the weight of five decades of armed conflict.

The signing of the historic peace agreement between the State and the extinct Revolutionary Armed Forces of Colombia (FARC) five years ago opened space in the country for new priorities such as the fight against corruption and unemployment, although it did not end the violence of other illegal armed groups.

Petro aspires to give an impulse towards “total peace”, which means continuing the path traveled with the FARC and advancing in the peace negotiations with the National Liberation Army -the last active guerrilla-, as well as proposing a submission to the justice from criminal gangs, including the Clan del Golfo, the most powerful drug cartel in the country.

Although it is an ambitious goal, political analyst Sandra Borda explained to AP that Petro would take advantage of popular support and the momentum of his electoral victory to carry out profound reforms and negotiations with armed actors that generate resistance in some sectors of society.

Petro begins his term with a majority in Congress. Not only does he have the support of an unprecedented left-wing caucus, he also achieved consensus with traditional parties such as the Liberal and the Conservative, with opposing doctrines. Although in principle he seems to have a blank check to pass all of his proposals, analysts agreed that he is not guaranteed constant support throughout his four-year term.

Yann Basset, professor of political science at the Universidad del Rosario, considered that this majority could be fragile and would not support him in an eventual reform of the constitution that would allow him to be re-elected, one of the fears of Petro’s critics.

The first test will be the tax reform that he will present to Congress after taking office. It is led by the renowned economist José Antonio Ocampo, appointed Minister of Finance and who has fallen well in the market due to his experience in monetary policy. “Trust us that we are not going to do anything irresponsible in macroeconomic matters,” he said in a recent interview with AP.

It is a key reform whose resources Petro hopes to finance social programs such as free university education and a plan against hunger. Ocampo has said that the money will come from the wealthiest layer of society and from tax evasion control.

Economic expectations for Petro in Colombia

From the economic sector there is great expectation for the content of the reform and for other measures, such as a possible suspension of the granting of mining and oil exploration licenses with the aim of accelerating the energy transition. That sector, which contributes around 18% of the nation’s fiscal income and is in the first line of exports, added more than 5.5 billion dollars in June, according to official figures from the Department of Statistics.

Ricardo Triana, executive director of the Council of American Companies -which brings together more than 100 US companies in 17 sectors-, assured that in a meeting prior to his election, Petro promised them that it would respect the contracts already signed and that the investments in progress would not be in danger. .

“We want to explore other possibilities because while we understand your concern to give these two sectors (oil and coal) a transition period…these companies are very committed to being carbon neutral in the future and have taken very concrete actions,” he said. to AP Triana, who sees renewable energies as an opportunity for the country.

The other reform that strikes sensitive chords in the country is the police. The objective is that this force no longer depends on the Ministry of Defense and falls under the jurisdiction of the Ministry of the Interior or a new Ministry of Peace and Security.

This transition will be led by Defense Minister Iván Velásquez, a lawyer with a long history of investigating corruption and criminal structures who chaired the International Commission Against Impunity in Guatemala.

Velásquez’s profile, Borda emphasized, points to a process of internal transformation of the armed forces to end corruption and promote respect for human rights.

Retired Colonel John Marulanda, president of the Colombian Association of Retired Officers of the Armed Forces, told AP that the military forces are very “civilian” and that they will make the protocol recognition of the new president although “we are very clear about his origin.” .

Marulanda was referring to the past of Petro, who in his youth was a member of the M-19 guerrilla until a peace agreement with the state was signed in 1991. After Petro demobilized, he became a congressman, mayor of Bogotá and finally elected president.

Petro could reestablish relations with Venezuela

A relevant change is also expected in Colombia’s foreign relations: Petro intends to reestablish diplomatic relations with Venezuelabroken since 2019. Among the businessmen of both countries there is high expectation for the commercial opening of the shared border.

The executive president of the Colombo-Venezuelan Chamber, Germán Umaña Mendoza, told AP that they hope it will open in August and cargo transport will be allowed to pass. Umaña’s projections indicate that, if the border is opened, binational trade could reach 1,000 million dollars, a figure higher than that of past years but below the 2008 peak of more than 7,000 million.

Camila Hernández, an expert at the Atlantic Council’s Adrienne Arsht Center for Latin America, assured that tensions could be generated by the anti-narcotics policy, although she did not rule out that an understanding could be reached because “a 200-year relationship cannot end with a single issue ”. The challenge could be posed by Republicans in the US Congress, who defend the current model of forced eradication of illicit crops.

However, Hernández highlighted the coincidences between Petro and the United States on key issues such as the fight against climate change and the implementation of the peace agreement with the FARC, for which that country has donated millions of dollars.

“There is expectation of what will happen, uncertainty. But initially many of Petro’s ministries and announcements gave peace of mind at the international level,” Hernández concluded.