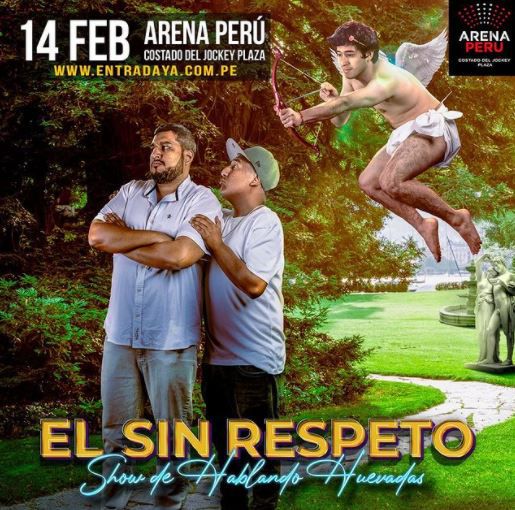 Jorge Luna and Ricardo Mendoza of ‘Hablando Huevadas’ have become a sensation. Their YouTube channel is one of the most watched in Peru, making it no wonder that their presentations at the Canout Theater are sold out quickly.

Although their shows are not for all audiences, due to their black humor, tickets to see them live are one of the most sought after, and those who do not manage to acquire them connect live on Sundays at 9 p.m. to enjoy the new chapter that is broadcast on their channel ‘Hablando Huevadas.’

Where to buy tickets for Hablando Huevadas?

Tickets to enjoy the show by Jorge Luna and Ricardo Mendoza from ‘Hablando Huevadas’ are sold through the web accesoya.com.pe.

The cost of tickets to enjoy the presentation of Jorge Luna and Ricardo Mendoza ranges from S/ 70 to S/ 420. The shows are scheduled for January 21, 26, and 29, as well as for January 2 and 5. February, all of them will be held at the Canout Theater.

Next, know the price of tickets by zones in Peruvian SOL.

Unfortunately, tickets for the ‘Hablando Huevadas’ show are sold out. The fans of the comedians hope that new dates will be enabled for their presentations.

Hablando Huevadas: the price of tickets for the Valentine’s show

Jorge Luna and Ricardo Mendoza will also present a special for Valentine’s Day, called ‘The disrespectful show of Hablando Huevadas’ (El sin respeto show de Hablando Huevadas), which will take place on Monday, February 14, at the Arena Perú located next to the Jockey Plaza at 7 pm

Jorge Luna and Ricardo Mendoza will present a special for Valentine’s Day called ‘The disrespectful show of Hablando Huevadas.’

‘Hablando Huevadas’: tickets for all its performances are sold out. Photo: Capture

Like the shows at the Teatro Canout, the tickets for this ‘Hablando Huevadas’ event are also completely sold out.