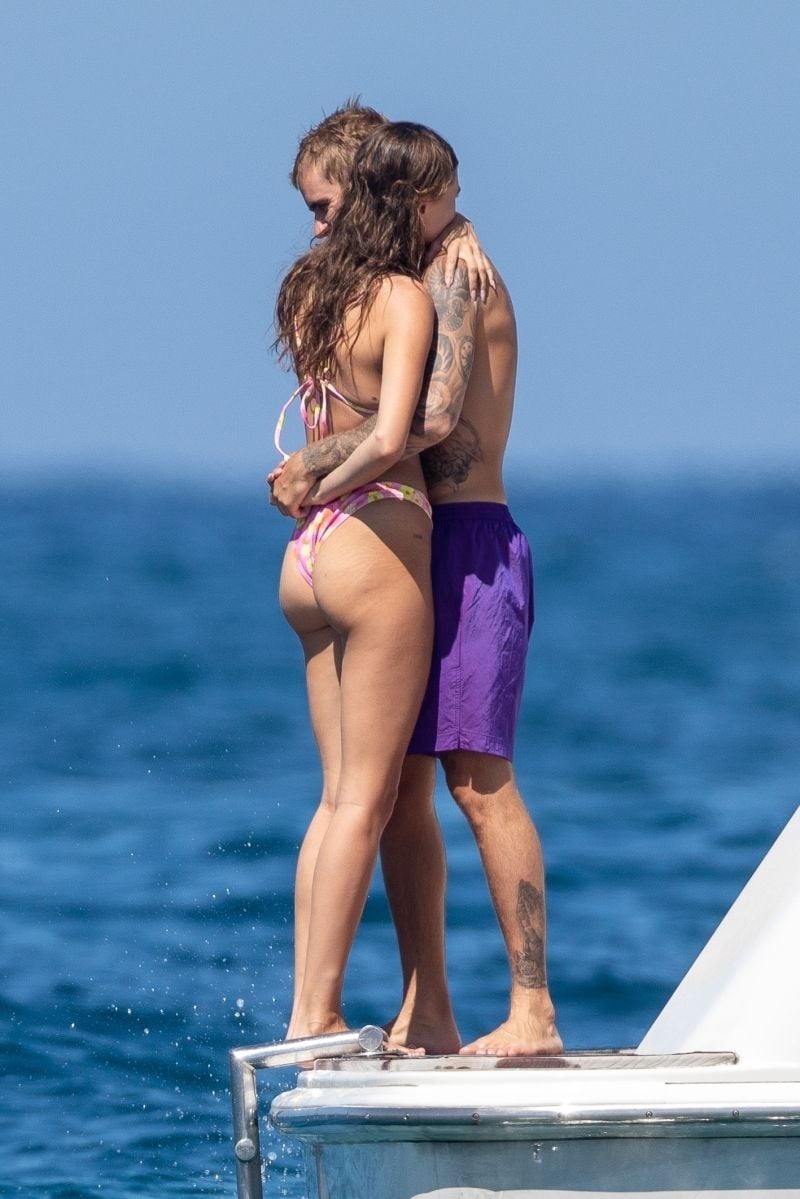 Grosby Group exposed the couple formed by Justin Bieber and haley bieber who enjoyed a romantic family getaway. The couple went to Cabo San Lucas, Mexico and from there the paparazzi saw how the model went to the sea with a dental floss bikini. The image exposes that even though Hailey is a high fashion model, she also has to deal with cellulite.

But not everything is beach in Mexico, last May the singer was also in that country and gave several statements. Bieber spoke about racism and has called this practice diabolical, according to the EFE news agency.

Justin Bieber and his history with Mexico

Justin Bieber was reunited with the Mexican public thanks to the musical tour with which he appeared months ago. The Canadian has been welcomed by millions of Mexican fans since his debut more than a decade ago and since then the ticket sales for his concerts have generated unforgettable moments in the country, because when they are sold out, hundreds of young people have shown their disagreement to the point of tears and videos have been captured on the internet, according to EFE.

Two years after his debut, the singer visited Mexico to give a concert in the Zócalo and in 2017 his visit left much to be desired by disappointing his audience due to the excessive use of playback. But this is already history of the past, and now a new narrative is being built between him and Mexico.

Read more about Justin Bieber and Hailey Bieber
Selena Gomez apologizes after being accused of making fun of Hailey, wife of her ex Justin Bieber
Hailey Bieber underwent surgery for a hole in her heart after suffering a stroke
Hailey Bieber begs her detractors to leave her ‘alone’ and let her live her life without insults or false assumptions