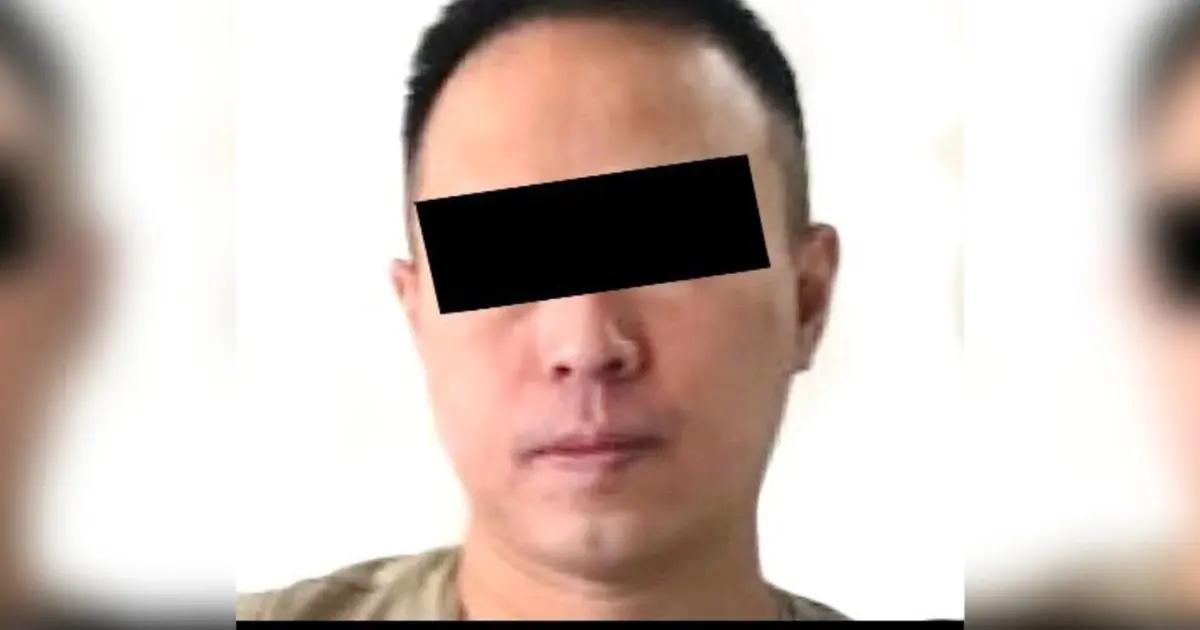 The Mexican Attorney General’s Office (FGR) announced the extradition to the United States of a man of Chinese origin who collaborated with drug cartels in Mexico to launder their money in the neighboring country, which the Federal District Court wanted for the Northern District of Illinois.

He is Haiping “P,” identified as a “money broker” based in the state of Jalisco and was part of an organization related to drug trafficking and operating a money transfer business without a license.

According to the investigations, Haiping was in charge of laundering the profits of various drug traffickers in the United States. The money was sent to members of organized crime in Mexico through a complex financial system.

As a result, in March 2020, the authorities managed to locate him in the municipality of Zapopan, and he was arrested for extradition. The man from China was handed over to US agents at Mexico City’s International Airport. A few days ago, we told you about the two Chinese intelligence officers who would have bribed with Bitcoins an FBI agent to get information. So the Chinese presence in North America is not unusual.

Although it was not specifically detailed which criminal organizations he collaborated with, it has been unofficially reported that Haiping laundered money for the Jalisco Cartel – New Generation (CJNG), whose stronghold is the state where he used to live.

According to the investigations, Haiping “P” is just one of many Chinese operators with ties to drug cartels in Mexico, as they tend to operate in strategic drug trafficking locations such as Guadalajara, Jalisco, or Culiacan, Sinaloa.

According to a report by Insight Crime, Haipin “P” was one of the key figures of the Chinese mafia in Mexico. Together with one of his accomplices, identified as Long Huanxin, he received money from Mexican criminal groups in Chicago. The money was then transferred to bank accounts in China and finally sent back to Mexico.

The objective, in part, was to avoid transfers between China and the United States so that they would not be detected. Eventually, Long Huanxin was captured in February 2020 at Vancouver airport in Canada and extradited to the United States.

However, before Haiping “P” and Long Huanxin, there was another, more prominent member: Gan Xianbing, who was allegedly the one who ran the money laundering scheme. In April 2021, a federal judge in Chicago sentenced him to 14 years in prison for laundering the illegal proceeds of Mexican drug traffickers.

According to the government agency Internal Revenue Service (IRS), in 2018, Xianbing Gan planned to have more than $534,000 collected from narcotics distribution in Chicago, an amount that was deposited into bank accounts in China and had Mexico as its final destination.

Xianbing also resided in Guadalajara, where Haiping allegedly ran a maritime business. According to US government reports, his organization worked with various criminal cells, regardless of whether there were territorial disputes between them.

In addition, Asian criminal groups in Mexico are alleged to launder money for drug traffickers and provide them with precursor chemicals with which to make fentanyl. This lethal synthetic opioid has created a health crisis in the United States.