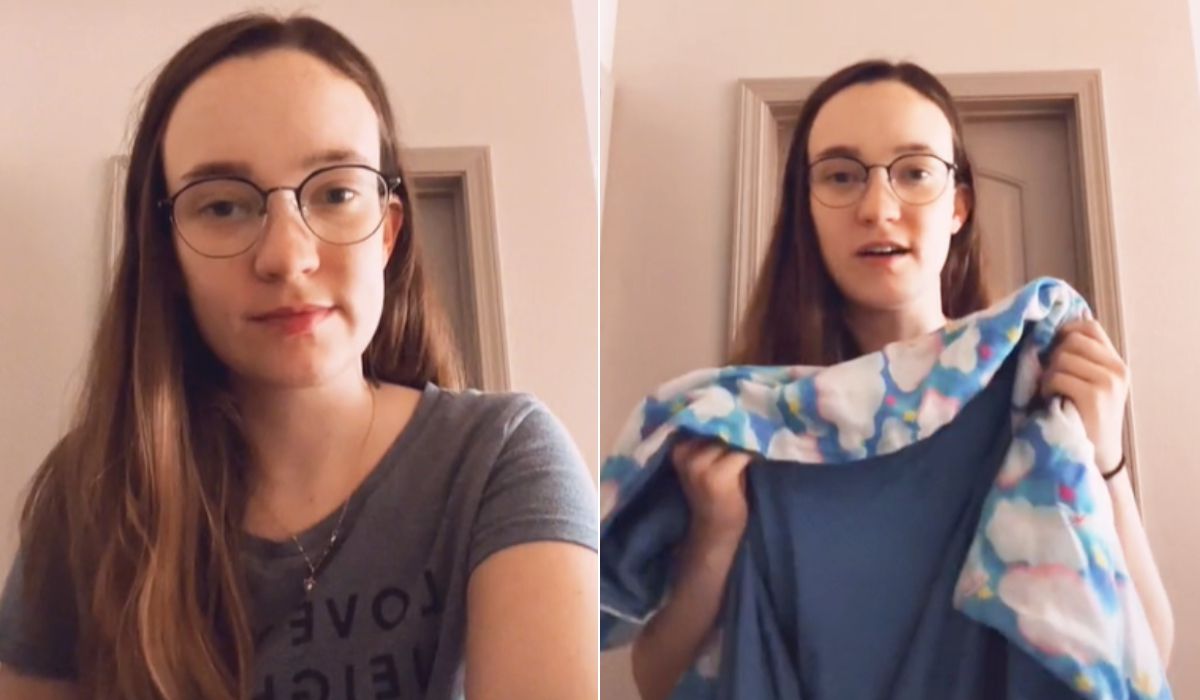 There are people who enter your life and change everything. This is how it happened to Paige Hardy from U.S. Nearly 20 years ago, the San Antonio girl was a patient at Children’s Memorial Hermann Hospital and received a gift that has marked her to this day. Through a viral video from TikTokThe woman recounted this anecdote.

Through her @deconstruct_with_paige account, Paige Hardy shared a recording where she recalled an event that meant a lot to her. As he recounted, when she was only six years old she was hospitalized, because she suffered from ectopic ureters, a bladder condition that made her sick.

During her hospital stay, Paige encountered a minor who volunteered at the medical center. Without knowing her, the 13-year-old teenager handed her a blanket. “I am 24 years old and I have had 21 surgeries in my life. When I was a child, the only thing that comforted me was this blanket.” he remembered.

In addition, Paige Hardy He stated that this gift changed his life. “Knowing that someone was using their pain, and in their time of pain, potentially what little time they had left well, because they had cancer, to use it to give to others”he explained.

Since then, the blanket accompanied Hardy at all times. “It’s the most valuable thing I have” the woman specified. Additionally, Paige added that “when you feel like you are just another patient or another number, having something to personalize your space and comfort you when you are there means the world”.

Ask for help to find the volunteer

Meanwhile, Paige Hardy, who now has a reconstructed bladder, indicated that never met his ‘guardian angel’. She even only heard that that little girl had given her and other sick children the handmade blankets.

“He used embroidery floss in a way that I’ve never seen before in the entire pattern. I know you used two different colors of pink and blue yarn on the top and bottom.” Held.

In this sense, Paige began a campaign on social networks to discover who this volunteer is, as she hopes to personally thank her for her gesture.

“Maybe he thought he would have it for a year before throwing it away or donating it. And I want her parents to know that if she didn’t survive, her life was one that impacted others.” commented Hardy.