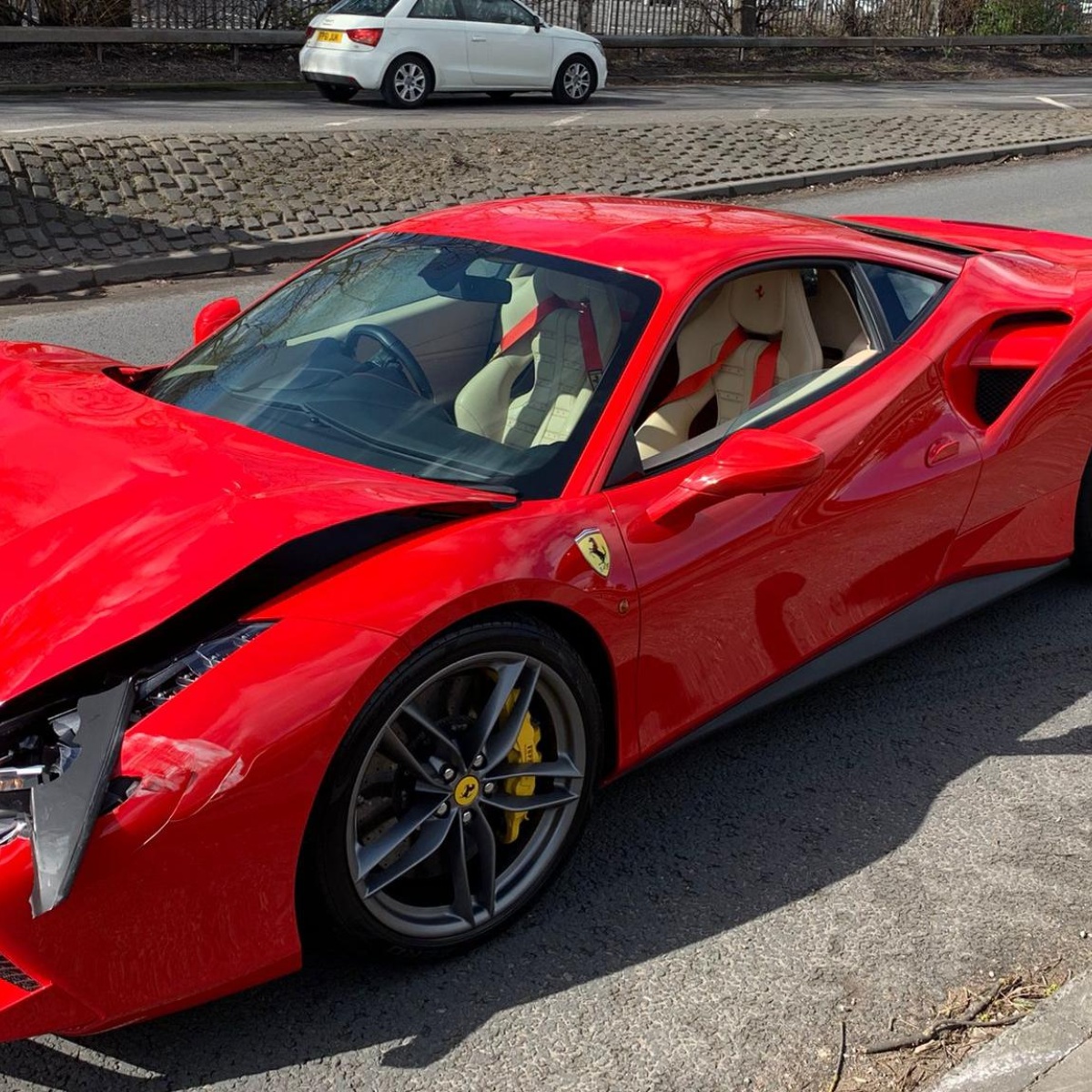 Having enough money to buy a super sports car does not mean that the owner has the skill necessary to drive it and an example of this is an accident that happened just a couple of days in which a Ferrari 488 GTB ended up destroyed a few kilometers from the agency.

This was done in the UK and, according to police data, the Ferrari 488 GTB had traveled just 3 kilometers in the hands of the new owner. Everything happened in a few moments, because the driver lost control of his car when accelerating during the passage of a curve.

It is noted that the accident was not so spectacular, the Ferrari 488 GTB Rosso Corsa color suffered significant damage to the front suspension. It should be noted that this unit was not completely new, since it had already been used by two people before.

They have highlighted that his condition was practically impeccable. Ferrari offered it in its pre-owned apartment and it was there that the new owner, whose name is unknown, fell in love with the model.

From the agency, it came out with a special carbon fiber package that, surely, increased its price considerably. According to the official Ferrari website, a similar model can be quoted at 280 thousand dollars, something close to 6 million pesos.

Apparently, the driver didn’t know how to control the oversteer caused by the 669-horsepower 3.9-liter V8 engine, ending up on the highway guardrail, with both headlights and hood submerged.

Derby. 1st April. Driver bought a Ferrari this morning and crashed it after driving it for less than 2 miles. No injuries. #DriveToArrive pic.twitter.com/X4IMuflPa5

When police arrived, the car was pointing to the wrong side of the road, indicating that the driver tried to restart the car and drive away, but was unsuccessful.

Through social networks, it is said that the car is going to be repaired, but it is not known how much money it will cost the new owner to fix this accident.

It should be noted that the police commented that the owner will receive a fine of 130 dollars for not mounting the front plate correctly and for crashing a 6MDP Ferrari.