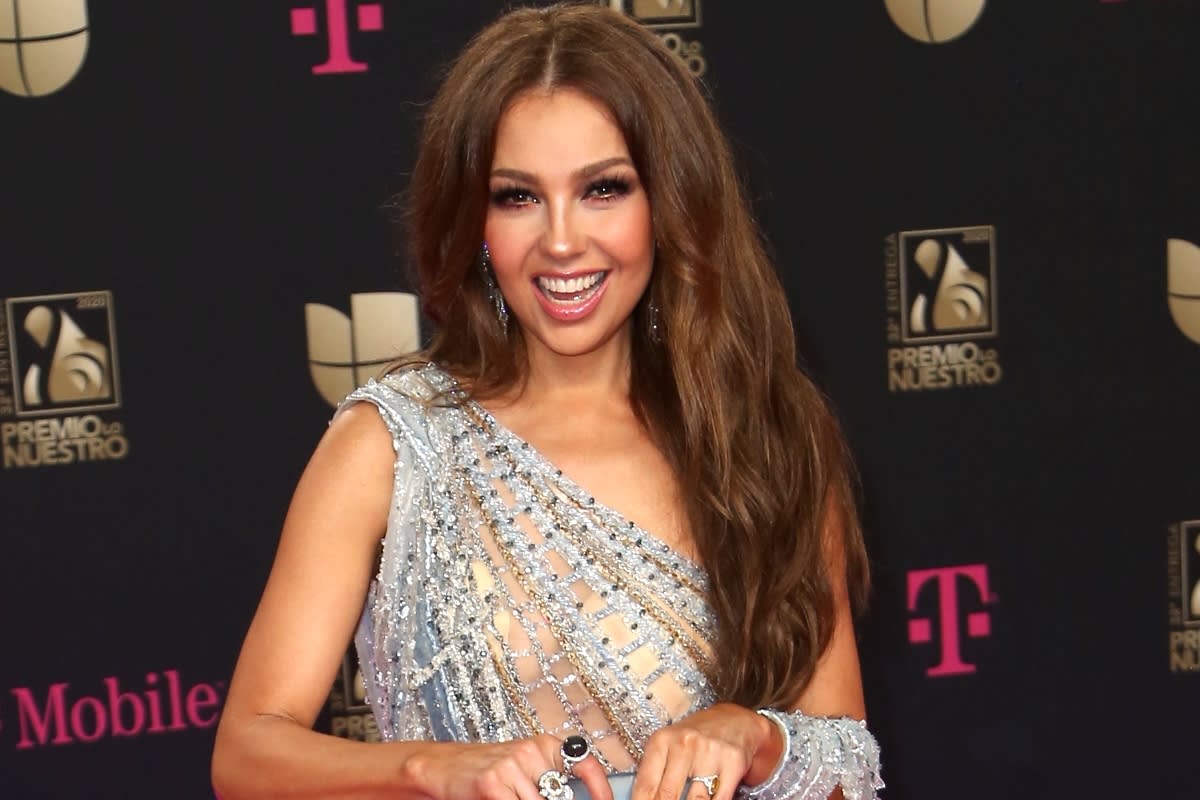 She waits for him but he will never come back. The Mexican singer Thalía reveals through social networks that she is in mourning after revealing the unfortunate death of a person quite loved by her family, which plunged one of her greatest friends into deep sadness, who waits every day for your arrival.

Thalía has always shown herself to be a fairly open woman in front of her audience and not to mention through her social networks, platforms where she shows her millions of followers her day-to-day with her family, friends and pets, it was in this same medium where the interpreter of “Amor a la mexicana” revealed shocking news.

It plunges the family into deep sadness; Thalía is in mourning after a painful and unexpected death

In the recording, it is possible to observe how a tender calf, one of the many animals that according to People en Español magazine has Tommy Mottola’s family in their home in New York, he waited patiently in front of the door, waiting for his faithful friend to arrive. Güero, another calf who passed away and plunged the family into deep sadness.

He waits because one day I will return

During the narration, the Mexican singer tells how the calf named Clementina waits for her dear friend every day: “I am going to tell you a somewhat sad story, this little baby is called Clementina and she was always accompanied by her Güerito, but her Güerito he has just died and she is very lonely and stays here waiting for him to return ”.

After this video, where the Mexican actress also revealed the unexpected death of her calf “Güero”, Thalía affirmed that every day they try to pamper Clementina a lot and make her feel accompanied, just as the calf did when they were just very young .

“A few days ago his companion died”

“Clementina waiting… a few days ago her life partner died unexpectedly. And despite being a baby and having shared months of life, she hopes that he will return. We have to pamper her a lot and make her feel loved, “the wife of businessman Tommy Mottola shared in another video through social networks.

It should be noted that this death is also sad for Thalía’s family, since they have always been very close to all the animals they have on their farm, which the singer boasts through social networks, where she shows her adventures in this country life, in addition to the anecdotes he has lived with them.

They had many adventures together; Thalía is in mourning after a painful and unexpected death

On one occasion, Thalía showed the late Güero standing observing the landscape, while Clementina, the poor calf that mourns her death, was sitting watching and enjoying the company of her faithful friend. For her part, the singer laughed with them and greeted them tenderly: “Hello my love, how are you? This is Uncle Güero (he points to the calf that was standing) and this is Clementina ”, the Mexican commented with great joy.

Despite the fact that the actress of “María la del barrio” has not told more of Clementina’s sad story, the followers remain sure that Thalía and her entire family are trying to make her little calf feel loved every day and dear, while you wait for your faithful friend Güero to return through those stable doors. CLEMENTINE VIDEO WAITING HERE

What should have been expressions of support after her house in New York was flooded, due to the heavy rains that caused a state of emergency, became a ‘rain’ of criticism for the Mexican singer and actress Thalía for speaking on English.

Through her Instagram stories, which were taken over by different media, the Arrasando interpreter shared how her house was after a torrential rain affected this city of the American Union.

Your house is flooded

“My house, my home, what the f …”, now expresses the singer and actress, who can not hide her surprise when she saw that the water entered the room where she has some equipment to exercise: “Neta, no, do you know that? sound of ‘no, no, no, no, no? ”.

“I swear it makes me laugh”

With her peculiar sense of humor, Thalía took things calmly despite the fact that her house was flooded due to the heavy rains that fell in New York and confessed that this situation made her laugh: “It makes me laugh at the ‘fuc … in ‘anguish’.

Before continuing on her journey, Thalía picks up a computer charger from the ground and jokes that she had received an electric shock. You then tell your child, again in English, to go up to his room and to be careful.

Now, he releases several curses and notices that the damage is considerable, including a green carpet: “What the heck… is going on? What is happening in my house? No, no, no, this is going to explode. No, please, electricity, lights, everything, “said the Mexican singer and actress.

Between laughs and mentions, Thalía continued to visit that part of her house just at the moment when she yelled: “It’s the fountain of youth, no mom… No pin… mom… my house. Instead of crying, fly, ”said the artist, who rose to fame in the 1980s with the group Timbiriche.

Shocked by what she had just seen, the wife of Tommy Mottola, who just a few days ago turned 50 years old, said that all this had been very intense and that the night would be the same: “God is in control, he knows what to do. what, lazy and cooperating ”.

If the Mexican singer and actress is loved and admired for something, it is because of the way she sees life, and despite the seriousness of the situation, she told herself that she had to embrace the problem, not fight it, and that God knows the why of all this.