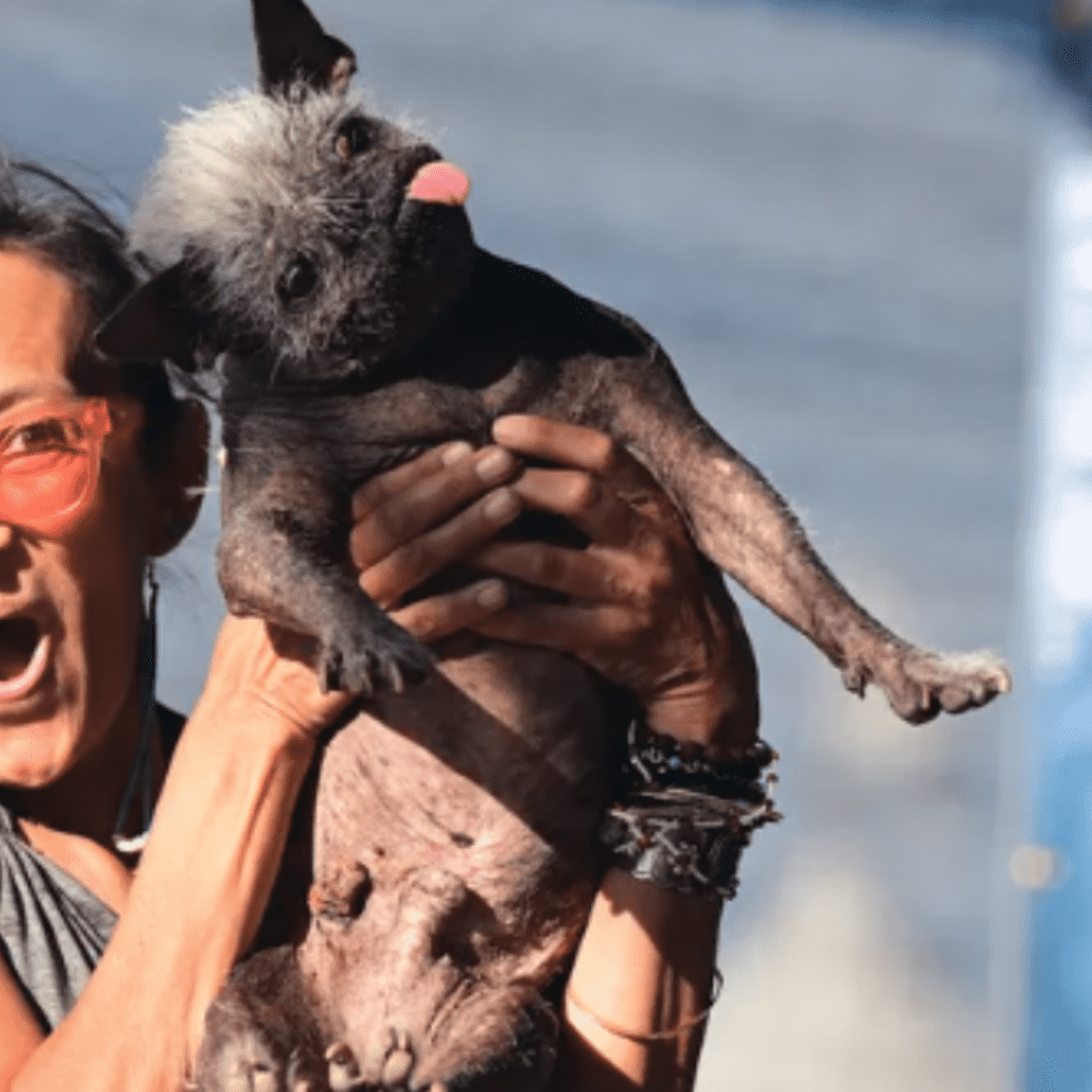 California.- With his tongue always on his side, “Mr. Happy Face” does its name justice. But this dog is more than joy, conquering with his attributes a jury in California that this Friday crowned him as “The ugliest dog in the world.”

the chinese crested The 17-year-old disputed the prize with nine other competitors in the return of the contest that for decades has been held in the Sonora-Marin Fairheld annually in Petaluma, California.

Between the candidates there was the furry “Wild Thing”, the flirtatious “Liberace”, the pug “Jinny Lu”, and “Mono”, a Brussels griffon.

“Mr. Happy Face” has a white plume and short ears. It was his joy that captivated his guardian, Jeneda Benally, who adopted him last year during the pandemic.

When Benally came to the kennel in arizona, heard about an elderly puppy with some health problems. “The staff was trying to prepare me for what I was about to see,” Benally recounted in the introduction to “Mr. Happy Face” for the contest.

“I saw a creature that was actually old, needed another chance and deserved love,” summarizes Benally, who also tells how this puppy also faced a life of “abuse and neglect.”

“His hobbies are being fearlessly adorable, invoking his older privilege among his 4- and 3-legged furry siblings, and eating stinky things,” says the guardian.

“He doesn’t like climbing stairs, wearing diapers, sharing a bed, not being the center of my universe and mommy’s kisses.”

The contest of dog ugliest in the world prides itself on being a space to shout to the world that “the pedigree does not define the pet“.

“Dogs of all breeds and sizes have warmed our hearts and filled our lives with unconditional love,” organizers say.

benally, whose life was transformed by “Mr. Happy Face,” agrees. “I think this humble soul is also setting an example, in a subtle way, to help humans realize that even old dogs need love and family too.”


Puppy makes fun of imitating his owner walking with crutches