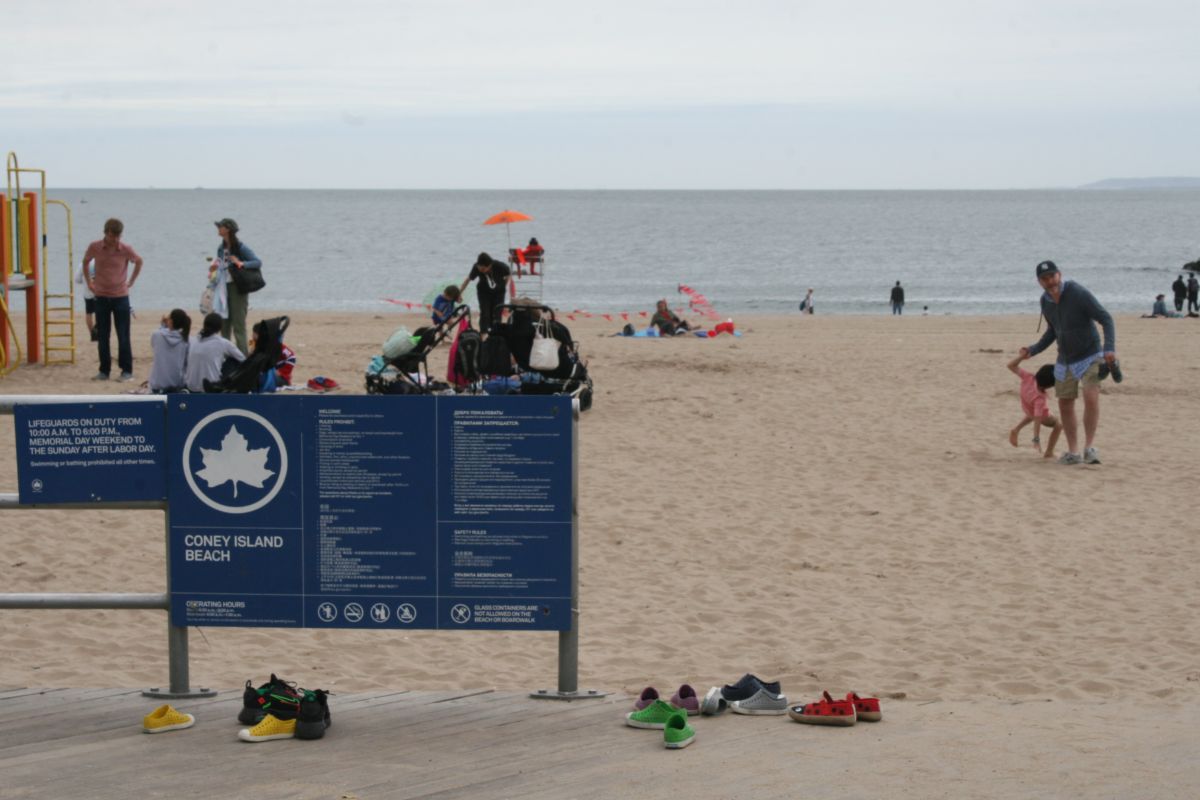 Shamir Small, father of the girl who drowned along with her brothers on the famous Coney Island beach (NYC), defended the accused mother, saying that she is not a “monster” and on the contrary was “loving” with her three sons.

Small spoke to the newspaper Monday. new york post after her 4-year-old daughter Liliana “Lily” Stephen was buried in a white casket after a wake at “Caribe Funeral Home” in Flatlands, Brooklyn.

“I don’t want her to be remembered or known for how she passed away,” the father said of his daughter, who was allegedly killed along with her two half-siblings by her mother. Erin Mercya 30-year-old woman with mental health problems.

“Unlike what happened, her mother loved her”

“I don’t even want to hear about it anymore,” Small said. “I don’t want to see it, read it or anything. I just want everyone to remember that Lily, for four years, was loved by every member of her family.”

Contrary to what happened, her mother loved her. Small insisted on Merdy, who remains hospitalized in the NYU Langone Brooklyn psychiatric ward since her arrest on the morning of Monday, September 12, and is not yet “medically cleared” to face the murder charges with which the New York police accused her. .

In addition to “Lily”, the other victims were her half-brothers Zachary Merdy, 7 years old, and baby Oliver Bondarev, 3 months old.

Merdy faces charges of manslaughter, depraved disregard for human life and endangering the welfare of a minor for allegedly drowning her three children. The following day the deaths were officially determined as criminal, after the forensic report.

The three children were discovered unaware around 4:40 a.m. on September 12 along the waterfront on West 35th Street, just three blocks from the apartment where they lived with their mother on Neptune Av. They died after being transferred to Coney Island Hospital.

A chain of dramatic situations, including mental health issues, debt, a custody battle and threat of eviction, they apparently took Merdy to drown her three children.

Detectives are investigating if the postpartum depression played a role in the triple death. Jacqueline Scott, the children’s grandmother, told the DailyNews that her daughter was going through a rough time, including “postpartum depression.” And she added that Merdy “was a good mother.”

Merdy worked as a home health aide, but had recently taken time off to care for her baby, born three months ago. The suspect herself had a long rent debt and had been threatened with eviction since Januaryafter the state’s COVID-19 moratorium expired, according to court records.

One in 7 pregnant women experience depressionaccording to American Psychological Association (APA), and symptoms can occur during pregnancy and last for days or even months after delivery, he noted. ABCNews.

In a similar case, in July a Hispanic mother killed her three children and then committed suicide in Connecticut.