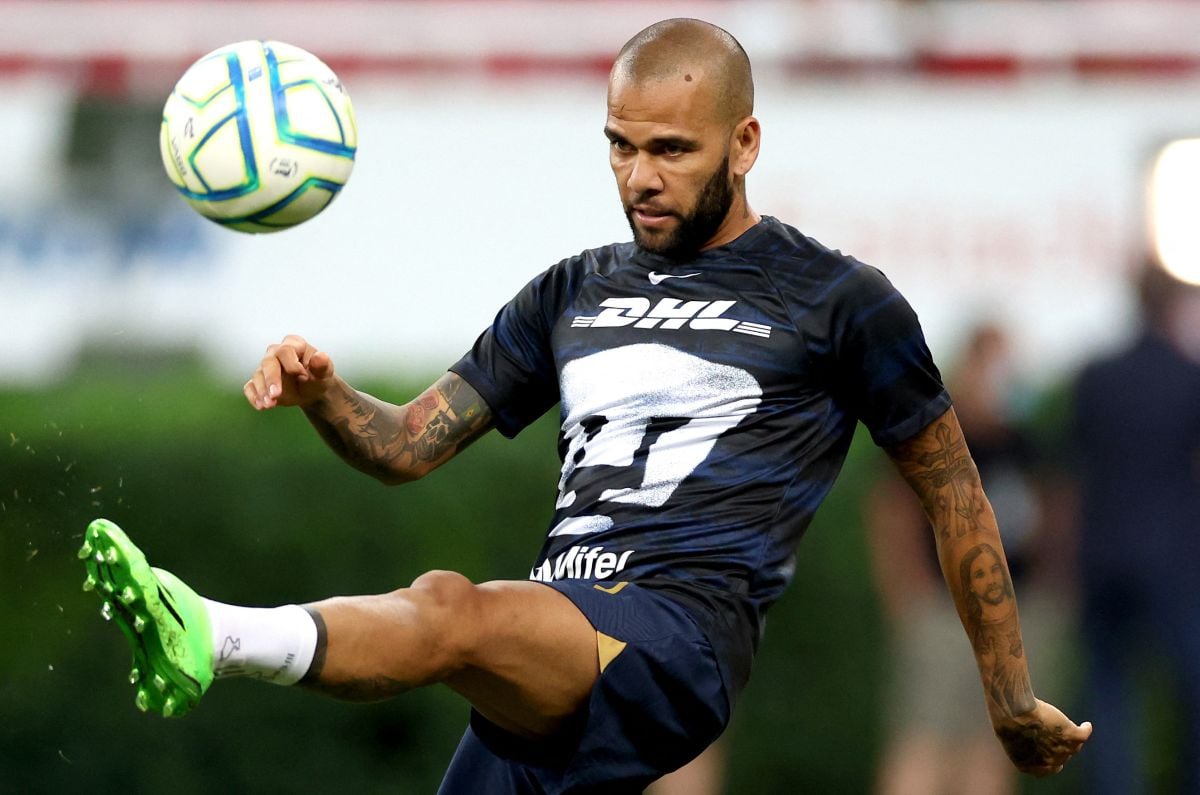 The Brazilian soccer player signed to the Pumas, Dani Alves, has been fundamental in the production of the Pumas, although he has not scored goals and has obtained only one victory dressed in the university colors. The 39-year-old star appears leading several lines of statistics within the university club.

Despite the criticism received, which has even turned into constant boos from the fans, Dani Alves is still up, dominating the statistics and becoming a fundamental piece of his team at 39 years of age. The Brazilian remains focused and is aware of having an uphill present at a collective level, but it has not been a reason to be daunted.

Dani Alves recently spoke with Hugo Sánchez where he advised the Mexicans not to shoot at each other and also urged them to value their football. Similarly, Alves already professed great affection for Mexico before coming to the Pumas.

As published by the W Sports portal, Dani Alves has created 35 key passes and leads the stats for accurate passes with a total of 396. These numbers show that the former Barcelona is a guarantee behind the Pumas. Among other statistics, it can be mentioned that Alves is the one who has served the most precise centers, with a total of 28.

The absence in Brazil of Dani Alves

Recently Tite justified the absence of Dani Alves for the next FIFA date from Brazil and although much has been speculated that it is because of military service in Mexican soccer, the DT himself assured that his absence from the call does not mean that he is out of the Qatar 2022 World Cup. On the other hand, the Argentine DT Andrés Lillini downplayed to the fact and considered that Alves should be in the World Cup.

Dani Alves’ statistics in Mexico are a reflection of his talent as a player, something that he still has left over at 39 years old, another thing is that a single tree does not make mountains. Even so the Pumas are still fighting for their pass to the next phase and Alves will continue to motivate his teammates both on and off the pitch.
You may also like
. Dani Alves also lamented the death of Queen Elizabeth II: “Her connections with Brazil are always in our memories”
. At last! The Pumas thrash Querétaro and break a negative streak of nine games without winning in Liga MX
. The history of Dani Alves with the Pumas: is it fair to blame the Brazilian for the present of the university team?