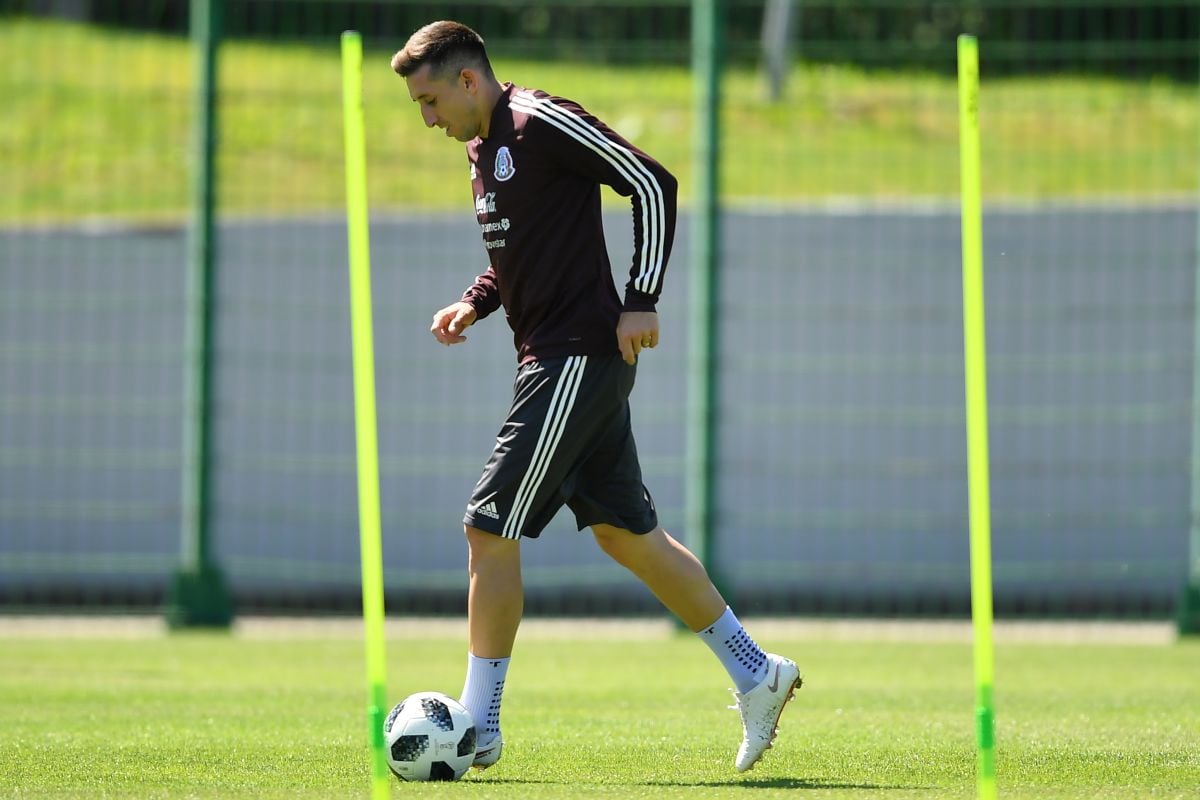 A few hours ago we saw how Héctor Herrera and Javier ‘Chicharito’ Hernández were the protagonists of a great scene in the United States, Well, the two elements born in Mexico saw each other and made a gesture worthy of two champions. However, this did not end here, because now Héctor Herrera led the praise for the LA Galaxy striker beyond and he himself explained that it is one of the best Mexican players.

Also, former Atletico Madrid midfielder talked about the fault that the scorer makes in the Mexican National Teamalthough he himself was aware that he was the one who resigned from the groupbut assured that he is the best Mexican player today and that he will pull his ears for not being with El Tri.

“They are a year or two older than me, if I were the coach of the National Team, of course I would call them because Chicharito is the top scorer in the National Team and a reference in the National Team, he is a player who has played in the teams for a reason. he has played, he has scored the goals he has scored for what he is, and Carlos Vela for me, I have always said, is the best Mexican player from my point of view, from watching football, but well, that depends more on He, if he wants to come or not, is here and now I will pull his ear a little to see if he comes or not, but I am not the selected one of Mexico and it is not in my hands.Hector Herrera

Secondly, the same Houston Dynamo midfielder spoke about the participation that the Azteca Team will have in the next World Cup Qatar 2022, in which it will collide with Poland, Argentina and Saudi Arabia.

“I think that dreaming, getting excited, I think that with the new generation of players that we have and the few players that have experience, we should be there for more than what is aspired to, more than the fifth game, the famous fifth game, which weighs on us. Saying it so much, it weighs so much on us to talk about him, but it is true that we have to see when each player arrives, how we go, but I have no doubt that mentally, physically, everyone will arrive well, with great enthusiasm and a great desire to do things well, and we are going to do a good job”.Hector Herrera

You may also like
–Johan Vásquez starts his adventure in Italy with Cremonese on the right foot
-“It was a bad result”: Juan Dinenno responds to the criticism of Pumas UNAM after being thrashed against FC Barcelona
–Wolverhampton by Raúl Jiménez makes official the arrival of Goncalo Guedes from Valencia