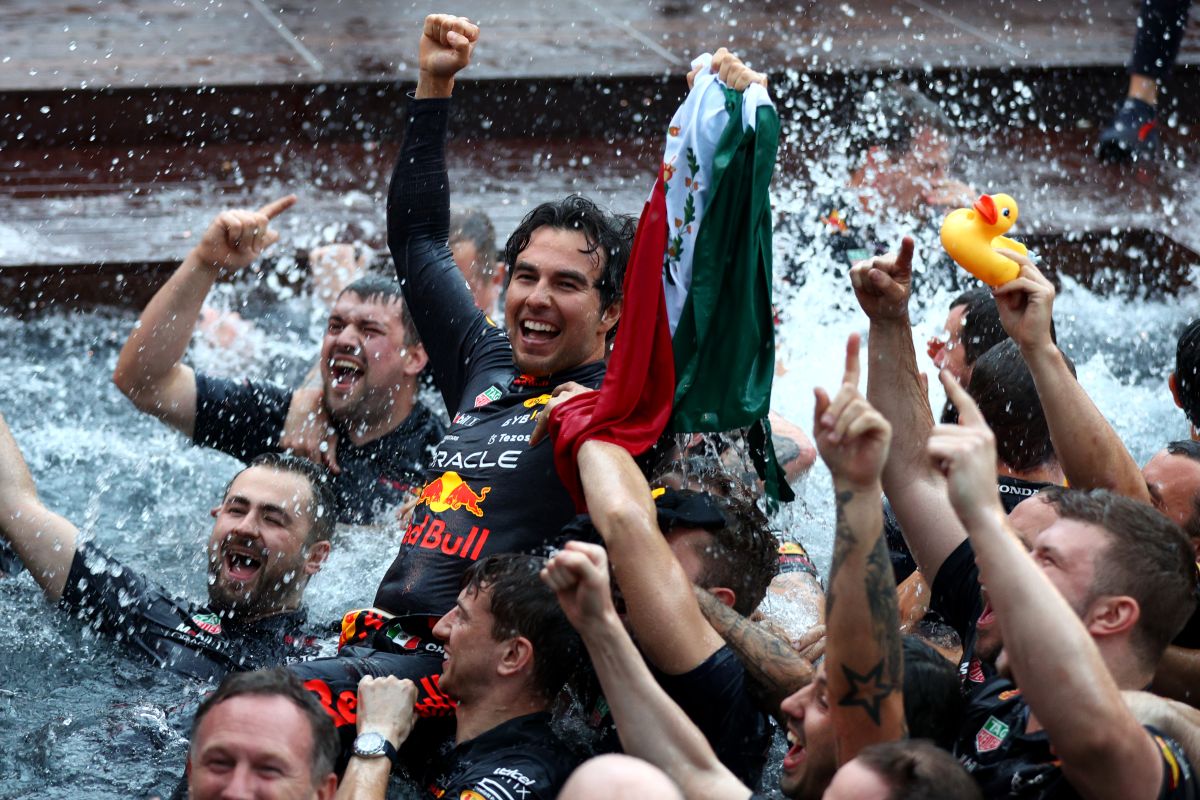 Sergio ‘Checo’ Pérez celebrated his victory in the Monaco Grand Prix of Formula 1 this Sunday and he did it by jumping into the water, but not as it is popularly known to the ‘Marriage swim’ but to a swimming pool of the urban circuit as part of a Red Bull ritual for the winners.

After participating in the celebration of the podium and the subsequent press conference, Checo went to the pool looking to fulfill the bet he had made with the Fox Sports reporter, Juan Fossaroli. He had asked him before the race if he would jump into the pool and they ended up sealing the pact, something that the journalist recalled for the television station.

“There is a bet with ‘Checo’: if he wins, I have to jump into the pool with him from above, as Mark Webber, Chris Horner did on occasion… I’m going to let ‘Checo’ shoot and I’m going to see if it’s deep”, Fossaroli told Fox Sports.

After Checo Pérez’s victory, Fossaroli was the first to ask him about the bet and Pérez answered yes, with the condition that he had to go with him.

Could be interesting: “It’s a dream come true”: Checo Pérez broke down in tears on the podium of the Monaco GP (Video)

In the end, the Mexican ended up being the one who threw Fossaroli into the water taking advantage of an oversight by the journalist and with the complicity of their surroundings.

And if that was not enough, Pérez ended up jumping into the water with former Mexican President Felipe Calderón who was on the circuit carrying out tasks as director of the Environment and Sustainability Commission of the International Automobile Federation (FIA).

This Red Bull tradition of jumping into the water after a victory for its drivers is not recent; In the past, other victorious drivers such as David Coulthard (third place, 2006), Max Webber (winner, 2012) and Daniel Ricciardo (2018) have also echoed the post Monaco Grand Prix ritual.