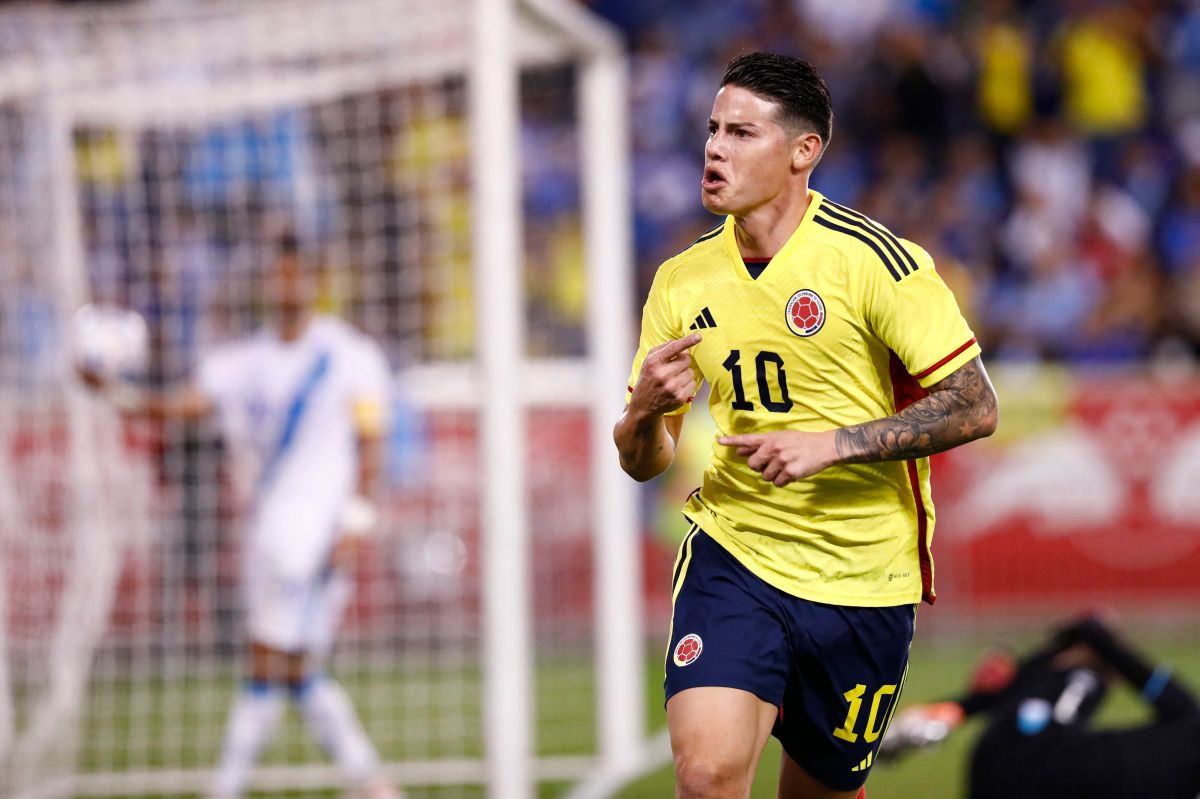 After living moments of uncertainty after spending more than six months without playing with Al-Rayyan in Qatar and then signing with Olympiacos of Greece, James Rodriguez returned to a call-up of Colombia. He did it in style by scoring in Saturday’s 4-1 win over Guatemala.

This victory marked the debut of Argentine coach Néstor Lorenzo, who gave James Rodríguez confidence from the start and who responded by taking advantage of a cross from Juan Guillermo Cuadrado to shoot past the opposing goalkeeper.

The stadium appreciated James’ performance when he left the field at 63′ to give way to Liverpool winger Luis Diaz.

But before leaving the field, Rodriguez saw Luis Sinisterra in the 56th minute unleash a left-footed shot that left the Guatemalan goalkeeper with no option.

Subsequently, Colombia’s third goal was scored by Rafael Santos Borré, and the icing on the cake was Yáser Asprilla, son of the legendary Colombian Faustino Asprilla.

Around minute 90, striker Óscar Santis avoided the shutout for Guatemala. who took advantage of a defensive failure by Colombia and left the final 4-1.

As an anecdote, coach Lorenzo, who took over from Colombian Reinaldo Rueda after failing to qualify for the Qatar World Cup, returned to the bench of the coffee team where he was assistant to his compatriot Néstor Pekerman, now in Venezuela, since January from 2012 to September 2018.