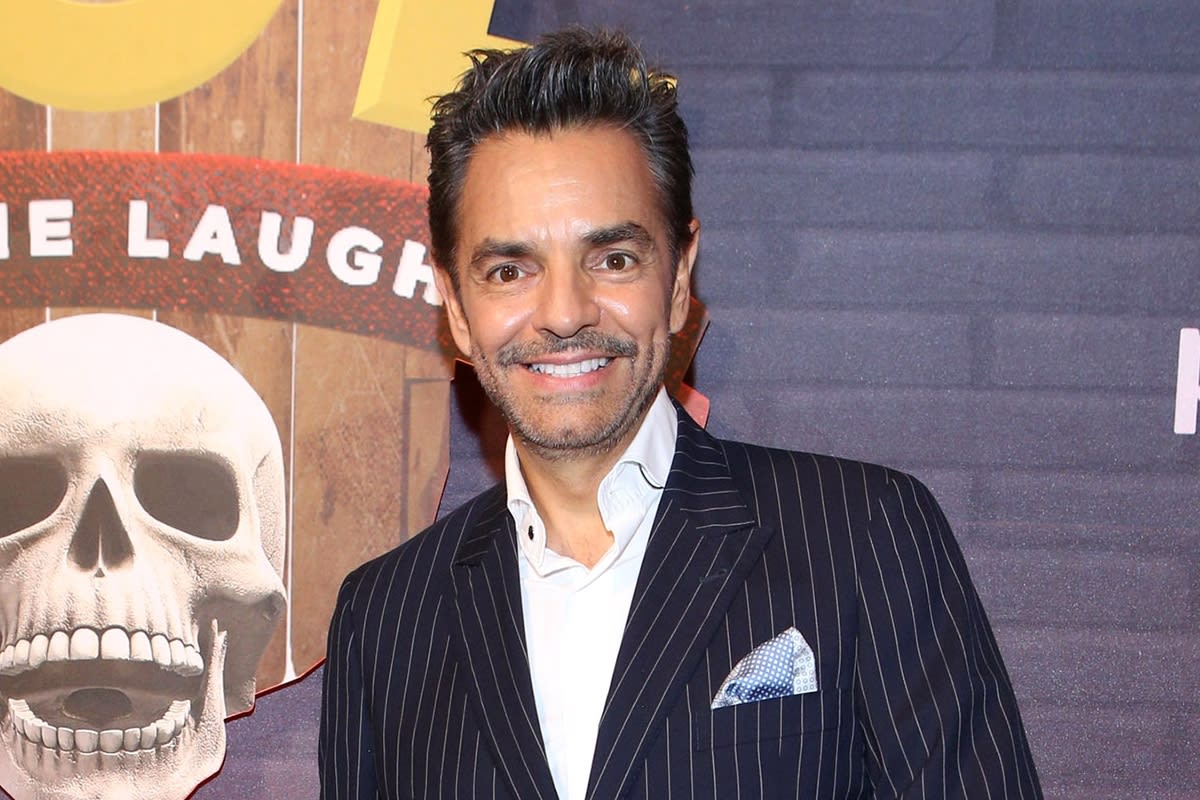 “It is a courage that I have with her”: The Mexican actor, Eugenio Derbez recalls the “tiring moments” that he lived when his ex-partner, the soap opera actress, Victoria Ruffo did not allow him to see his son Jose Eduardo, arguing that he was a courage that he still couldn’t let go of due to how much it affected him.

It was this July 3 when, in a meeting with the press, the Mexican comedian, Eugenio Derbez brought out the problem in which his partner, the Argentine actor Julián Gil, was involved, who is currently in dispute with his former Marjorie de Sousa for not letting see his son Matías.

Given this, Eugenio Derbez recalled the hard moments that he also lived several years ago when his ex-wife, Victoria Ruffo did not allow him to see his first-born, José Eduardo, arguing that he perfectly understood the situation that the Argentine actor was currently going through .

In a meeting that the comedian had with the press, which was later shared on the Instagram account of the program Today, Aislinn Derbez‘s father commented the following: “I am very sad about Julián because I went through that and it is a terrible pain not even being able to get close to your son,” began the Hollywood actor.

“I understand him and I am with him” Eugenio Derbez remembers the ‘courage’ he experienced when Victoria Ruffo did not allow him to see her son, commenting that she supported Julián Gil in this process

Later, Eugenio Derbez commented that he fully supported and understood everything that the Argentine was going through at the moment: “So I understand it, and I am with him, I believe that the lawsuits of the parents is one thing and the relationship with your children it’s another and they shouldn’t be separated, ”the 59-year-old Mexican confessed.

After this, the film and television producer also confessed to the media that he still had a lot of annoyance and anger at his former partner, Victoria Ruffo, for not allowing him to see his son, José Eduardo during his first years of life, despite that he tried and even sought legal advice.

Given these statements, Eugenio Derbez brought up the moment when the same thing happened to him with the actress Victoria Ruffo, arguing that he still gave him ‘a lot of courage’ every time his son, José Eduardo, was asked about what he felt that his father was not in his first years of life:

“It gives me a lot of courage, it gives me a lot of courage, that suddenly they still ask him ‘Hey José Eduardo, and how do you feel about that stage when your father was not with you?’ and I say, why do you ask that? Why don’t they ask him, ‘José Eduardo, how do you feel that your mom didn’t let you see your dad’, which is very different, ”the actor confessed.

Finally, Eugenio Derbez confessed that he was year after year to find a solution so that his ex-wife, Victoria Ruffo, whom he divorced in the early 90s, could let him see his son, however, in the words of he, the protagonist of soap operas, never allowed it, causing great annoyance in the Mexican:

“I was year after year with lawyers and with everyone, trying to see José Eduardo and they never let me see him, that is my anger against his mother,” the actor concluded. It should be noted that it was in 1989 when Victoria Ruffo and Eugenio Derbez met, and in 1992 José Eduardo would be born, however, some time later his parents would separate, unleashing endless problems and legal battles. YOU CAN SEE THE VIDEO HERE

This video, lasting more than a minute, in which Eugenio Derbez confessed that he had ‘courage’ with his ex-partner Victoria Ruffo, came to the hands of Julián Gil, who did not hesitate to share the short clip and write the following message at the bottom of the video: “And this is not a case of Eugenio and Julián, no, it is the case of millions of children who are deprived of their rights and their freedom, this disease, syndrome, ego or whim as they want to call it ”.

“It was his turn, but think for a second about children. Why does he have to grow up without the father or mother figure? Why ? Did you know that it is a crime? Did you know that it is treated with psychiatrists and specialists? And to the press or relatives, DO NOT ask the child how you feel about not growing up with his father … ask him why your mother did not let you see your father. And as a child, because he is a “manipulated” child, cannot speak, ask the mother ”, it was possible to read in the video.

Followers react to the actor’s confessions against Victoria Ruffo, confessing that he had ‘courage’ for not letting his son see

Several users began to arrive at the short video, where Eugenio Derbez brought out ‘the courage’ that he had in his ex-partner Victoria Ruffo, where followers argued that the best thing was to let the children grow so that they could realize things: “So much can and when the children grow up they look for their parents. The blood calls”.

“Since the children grow up they realize it and they cannot continue to poison them”, “That’s right, they put the children in, those are women who want the male and by not having one they use the children to harm without thinking that the trauma is for their children ”, were one of the many comments that could be read in the comment box.

However, these were not all, since some followers ‘held in his face’ all the things that Eugenio Derbez did against Victoria Ruffo: “This man has already forgotten the circus he did to marry with victory and still I dare to speak, now Mr. Derbez and shut up “,” Why does that man talk so much about the past? He always talks badly about her, I don’t understand, he already made his life, people have to clean their hearts and let go resentment. “

“There is no need to talk about the guy”, “It’s a lie, it was he who abandoned Victoria with the child, I remember that case, he thinks that people have already forgotten”, “Julián does give money for her maintenance, and Victoria Ruffo has said that Eugenio did not give anything, and she had to sue him to demand that he provide maintenance “,” This man is always remembering something, something or situation with her. What has to come to talk about something that happened so long ago? Son! Get over it! ”.

Eugenio Derbez heartbroken after the death of Sammy Pérez

After being hospitalized for several days for complications derived from the coronavirus, Mexican comedian Sammy Pérez died early this morning, so his colleague, and who gave him the opportunity to appear on several television programs, Eugenio Derbez, is heartbroken.

It was on his social networks that the actor and producer shared an emotional farewell message accompanied by an image from the film No returns are accepted. Days before, he had been harshly criticized for failing to go public with his support for Sammy. Filed Under: Eugenio Derbez says he still has anger at his ex Victoria Ruffo for not letting him see his son José Eduardo

“Sammy Pérez was one of us”

“Sammy won the affection and admiration of the people, with his great charisma. He taught us that you can always be happy no matter what; that you can sing and dance for no reason; he taught us with his life, the best example of inclusion ”. Filed Under: Eugenio Derbez says he still has anger at his ex Victoria Ruffo for not letting him see his son José Eduardo

Before saying goodbye, Eugenio Derbez made it clear that the Mexican comedian “was not different”, but rather “was one of us”, thus ruling out that he suffered from any illness due to the way he spoke. A host of celebrities reacted to this post by expressing their condolences.

After greeting the hosts of Televisa’s Hoy program by phone, actor and producer Eugenio Derbez expressed that he was very saddened by the death of Sammy Pérez, whom he described as a very special person, since he was not only his co-worker but he was a great friend.

“I loved him very much, he had a very strong and very good relationship outside of work. Every time I had a party, a birthday, when I lived in Mexico, he always went to meetings, he was a person I loved very much and he was very close to me, “he said. Filed Under: Eugenio Derbez says he still has anger at his ex Victoria Ruffo for not letting him see his son José Eduardo