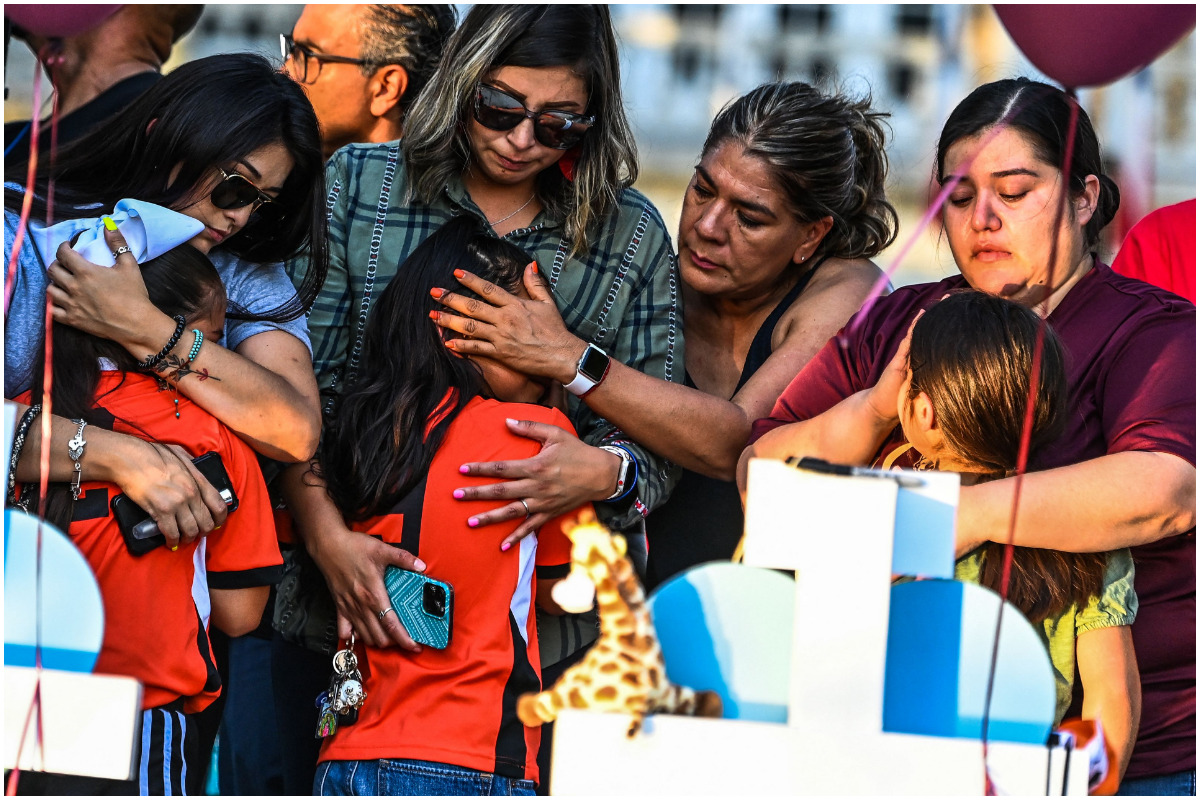 Salvador Ramos, the father of the 18-year-old gunman who murdered 21 people at Robb Elementary School in Uvalde, Texas, gave an interview for the first time, to The Daily Beast, where he shared that he is very sorry for what his son did.

“I just want people to know that I’m sorry, man, what my son did.”, expressed the father of Ramos.

Salvador Ramos dad lives east of Uvalde and said he was at work when his mother called to tell him about the shooting at the elementary school.

Ramos said that when his mother called to tell him, he panicked, and the first thing he did was call the local jail to ask if his son was there.

Finally, he sank into an immense sadness when he was told that her son had been killed by the police: “They killed my baby”, he wheezed.

As described by the same media outlet, the house where Salvador Ramos dad lives, along with his sentimental partner, was adorned with colored paper because he believed that his son would graduate this school year, he also revealed that the man broke down in tears throughout the interview.

When questioned about his behavior before the day of the shooting, the man commented: “My son was a good person” and he confessed that he does not know when “his son became so violent or why he chose to attack the school.”

Mr. Ramos recalled that Salvador had bought some boxing gloves and was practicing in a park: “I told him, ‘Mijo, one day someone is going to kick your butt,’ that’s what I began to see from different changes in it.”

With sadness, according to the newspaper, Salvador expressed: “My mom tells me that probably, he would have shot me too, because he always said he didn’t love him.”

Uvalde’s shooter has an older sister who is 21 years oldwho enlisted in the Navy and hasn’t lived at home in a long time.

“My daughter changed her life, she went to the Navy, I wish my son was gone and changed his life,” he explained.

Before ending the interview, he acknowledged that he had agreed to speak with The Daily Beast because he wants his son’s story to be known so they don’t call him a monster.

Salvar Ramos Jr. shot his grandmother in the face on Tuesday, May 24, and drove his car away, before crashing it into a ditch outside Robb y Elementary and opening fire on a classroom. where they lost the lives of at least 19 small children and two adults.

According to data from the authorities, andhe school shooting on Tuesday, May 24, 2022, has been called the deadliest in the United States in nearly a decade.