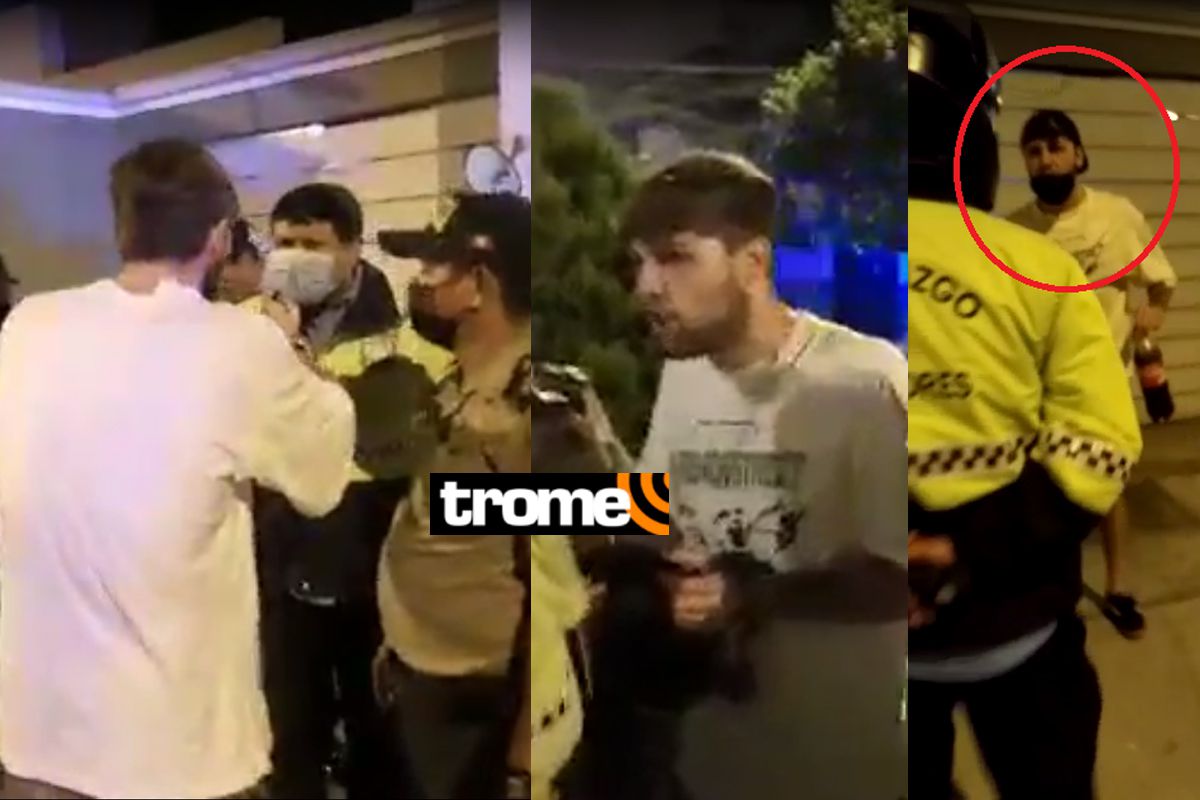 WHAT A SHAME. A young man was intervened by the watchmen of Miraflores when he was caught drinking alcoholic beverages on public roads, despite the fact that it was a curfew due to the state of emergency. Despite the foul attitude towards the authorities, his father arrived at the scene and threw him a tremendous slap to make him shut up.

ALSO READ: “Shut your mouth”: young man gets spoiled with serene; but his dad ‘turns it off’ with a slap

However, the young man tried to escape the intervention, but did not count on the fact that the municipal authority was going to chase him down until they caught him. But when he grabbed it, the liquor bottle fell off, causing him to injure his hand with some cuts.

“You have broken my bottle, I did nothing and my bottle has broken. I’m going to take you to the police station and I’m going to trash you. Do you think you are the same as me, compare? I’m going to make you get fired from your job“, shouts.

At all times, the young man acted threatening and refuses to be intervened by the PNP and claims that he was beaten by the watchman, whom he demands to identify himself. Give me your badge, give me your name, like any decent officer. Where is my mom? You don’t have the fucking right to come and tackle me (…) You have disrespected me in all ways, ”he says.

Minutes before he was taken to the Miraflores police station for wrongdoing the authority, his father arrived at the scene, but not to defend him but to silence him and slap him hard.

“You cannot force an authority to do something. Shut your mouth, listen to me, my son, you are no longer a minor.

Shut your mouth! Don’t be an idiot (…) It’s about a curfew, you’re drinking liquor. (I didn’t do anything) Do you want to stay at the police station for hours? (No) then shut your mouth“Says the parent.