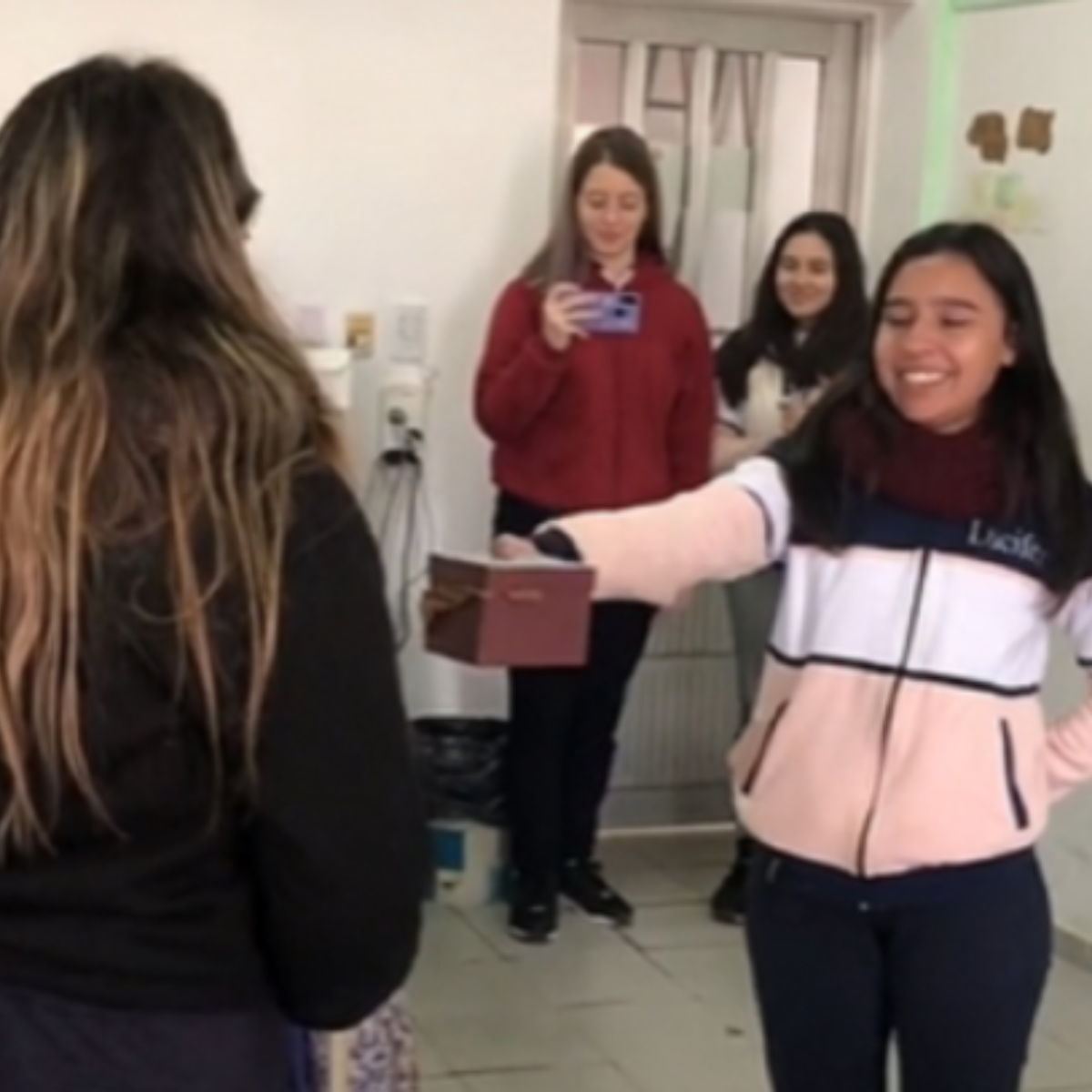 Among the values ​​shown by many people around the world solidarity is found. Through selfless acts and great support for outside causes, especially in difficult situations, they change another person’s life.

A clear example of this the students reflected of the sixth year of the María Auxiliadora Institute, located in Chajarí, Entre Rios, Argentinawho surprised a colleague with a gesture that will undoubtedly never be forgotten.

The story went viral on social networks and the young people received hundreds of compliments. “I burst into tears,” she expressed in a dialogue with La Nación, the protagonist.

In Argentina, a case that shocked the country goes viral

My sister did not travel to Bariloche for economic reasons, however her group mates decided to give her the trip anyway��
Very proud of what a good person she is and also very grateful to the people who accompany her this last stage of high school ���� pic.twitter.com/njDlCQ3vS0

A young woman named Delfina Di Pierro shared a video on TikTok of the moment in which, along with other students, Belén Arbelais, a student who could not afford the graduate trip, was given the ticket to go to Bariloche, Río Negro. Quickly, the attitude of the teenagers went viral and moved the entire country.

“They made me enter the classroom, we were in free time. The first thing I thought was ‘we have to do another job more’. I went through the door, everyone looked at me and some recorded with their cell phones, “explained the young woman in dialogue with this medium.

Then, and as it was visualized in the images, one of her friends called her and handed her a mysterious box: “I did not know and did not expect what it was. When I opened it, I saw a postcard from our group, in which we were all together. Underneath there was a writing that said ‘Belén, you’re going to Bariloche’”.

About what he felt at that moment, he recalled: “I couldn’t believe it, when I saw the ticket I burst into tears all morning and so did my family. My sister was moved, since she was able to travel at her time and now I couldn’t. It was a great opportunity, I didn’t expect it and they made me very happy”.

It may interest you: Bad Bunny shared on his networks how he sang one of the famous RBD songs.

The publication exceeded 2 million views and has more than 300 thousand likes, with comments that accumulate to this day. “For those who say and think that the kids are lost, they have a class conscience and teach the value of friendship and love,” wrote a young man. “What a thrill. In 2003 my classmates from Colegio Virgen del Pilar, in La Plata, had the same enormous gesture with me, since my parents were out of work”, expressed another user.