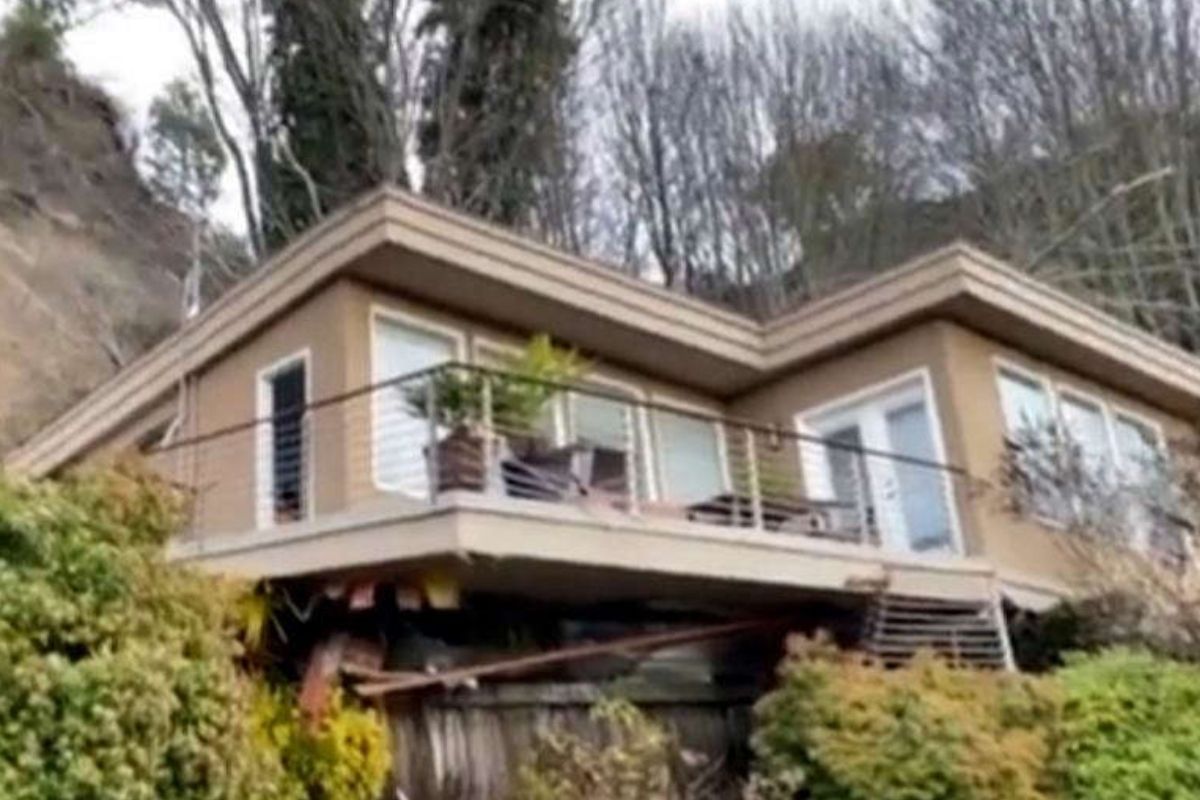 Through a press release, residents of the Skokomish area of ​​Mason County, about 40 miles southwest of downtown Seattle, were informed of a evacuation order due to rising water and impending flooding.

Days after that official report, the rains have taken their toll; in accordance with the Seattle Fire Department on Friday, January 7, responded to an emergency call from Eattle to rescue a man trapped in the basement of his home after he slid 15 to 20 feet off its foundation during a landslide.

“The area of ​​the steep slope behind the house had probably slipped as a result of high levels of precipitation that resulted in the top floor of the structure will partially collapse onto the basement with natural light ”, reported the department through a press release.

They also noted that upon reaching the Magnolia neighborhood they were informed about a man (whose name was not released) trapped next to a fire involving propane tanks in the back of the house.

A woman who was in the place next to the man was able to escape on her own.Meanwhile, SDF teams had to use hydraulic struts to prop up the structure and rescue the man who was trapped in the rubble in the basement.

“Firefighters had to extinguish a fire while (the man) was trapped inside,” reported SFD.

Once the man was rescued, he was taken to Harborview Medical Center and no details were provided on the extent of his injuries.

And they added that one death was recorded: “The teams also searched the structure in search of two dogs.
missing; unfortunately one was found dead and the other was not located”.

For his part Seattle’s Department of Construction and Inspection via Twitter reminded King County residents of the possibility of a landslide: “The heavy rains we are receiving increase the chances of a landslide.”

“Crews responded to a landslide across King County today,” they added in their message.