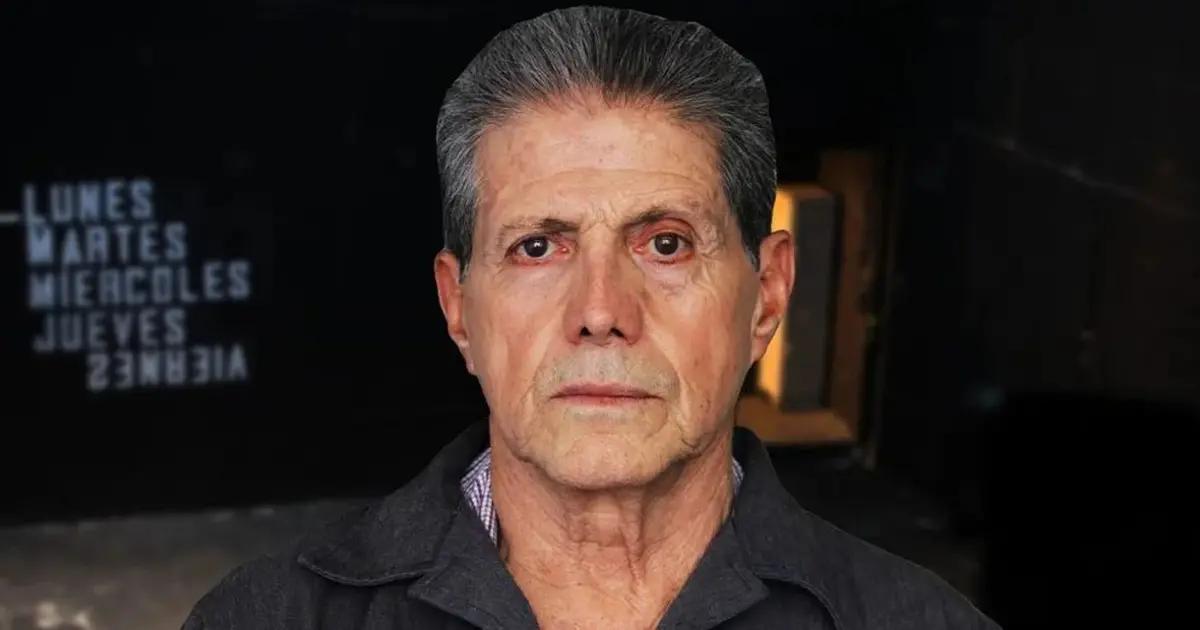 Héctor Bonilla passed away this November 25 at 83, informed the Ministry of Culture. The actor has been suffering from kidney cancer since 2018.

This Friday, it was announced that the star of films such as “Rojo Amanecer” and “Un padre no tan padre” passed away due to cancer he was diagnosed with four years ago and could not treat with chemotherapy.

Bonilla’s family confirmed the death of the interpreter with a statement published on social networks. In the missive, they informed that Héctor passed away at home, surrounded by love, with his loved ones.

“We hereby inform that today, November 25, 2022, after four years of fighting cancer, our beloved husband, father, grandfather, companion and example of life: Hector Bonilla died. He died at home, in peace, without pain and surrounded by his most intimate circle, who accompanied him until the end.”

The Bonilla family shared that years ago, he had written his epitaph, which reads:

“The show is over, don’t mess around. He who saw me, saw me. Nothing remains”

The renowned leading actor decided to continue working on stage despite his diagnosis because, as he shared in one of his last interviews, his doctor said that he was stable. However, he felt that he was “living over time,” he told TVyNovelas.

In that talk, he also shared feeling like any person his age because his situation was not “so serious”. Even his body was responding favorably to the alternative treatment with which he was treating cancer.

The protagonist of Una Navidad no tan padre even worked with his son Sergio in the production of the staging Almacenados, which would be in theaters in October and November; However, Héctor had a “light accident,” which injured his already affected left leg, for which his son Fernando had to replace him.

With the good humor that Héctor faced during his diagnosis, he was planning to continue fighting and remain active in the artistic profession. He had in mind to resume plays and join others, write and direct because this made him feel complete.

What AMLO said about the death of Héctor Bonilla

After the death of the first actor was announced, President Andrés Manuel López Obrador shared a photograph with Héctor on his social networks and a short message with which he lamented the death.

“I regret the death of Héctor Bonilla, a great actor, honest and always with firm convictions. I hug Sofia, her children, family, and friends,” her tweet read.

Likewise, Jenaro Villamil shared AMLO’s tweet and wrote his farewell to Héctor, whom he celebrated for his acting work as a politician by supporting López Obrador and being part of the Mexican Workers’ Party (PTM).

“I deeply regret the death of Héctor Bonilla, whom I always appreciated for his quality as a great actor and respected for his consistency.”

Epigmenio Ibarra also shared a farewell message for the actor, whom he said he loved and admired, both for his talents as an artist and for the person he was.

“I loved him very much. He was a great man, a talented, honest, and kind companion (…) Always faithful, It illuminated the set and the fight. RIP” wrote the producer.

Eduardo España, for his part, sent his condolences to the Bonilla family and took the opportunity to highlight the great actor that Héctor was, as well as the importance of his work on stage. He wrote on Twitter: “Great Don Hector. Leave an endearing mark. My condolences to your family.”

The actor Héctor Suárez Gomís shared that he will always remember Bonilla as one of his father’s closest friends, the also deceased Héctor Suárez, but also for being an “exemplary professional.”

“I will always remember Héctor Bonilla as one of my father’s best friends, as an exemplary professional, for the many times I saw him in El Diluvio that is coming… A BIG hug to Sofía, Sergio, Fernando, and Leonor. Rest in peace.”

What are the symptoms of kidney cancer, the condition suffered by Héctor Bonilla

Héctor Bonilla was diagnosed with cancer in his right kidney at the end of 2018 and immediately began treatment to control the disease.

Since he made his diagnosis known, the actor shared that it could be difficult to fight the type of cancer he suffered since there is no chemotherapy, but he felt fine, which is usual with this diagnosis.

And it is that according to the Mayo Clinic, kidney cancer does not have symptoms in its early stages. With time, the first signs begin to appear, which are:

– Pain in the back or on one side

– Blood in the urine

– Swelling in ankles and/or legs

It should be noted that these symptoms do not only occur when a person has cancer but can also represent other types of kidney or urinary tract diseases.

Once this type of cancer spreads to other body parts, it can cause symptoms such as shortness of breath, coughing up, coughing, and bone pain.

Why was Héctor Bonilla not treated with chemotherapy

Kidney cancer can be complicated to treat depending on the stage in which it is detected, as well as the reaction that the person has to the initial treatments, which can be targeted therapy -in which drugs have been used that aim to attack cancer cells-immunotherapy or both.

And according to the American Cancer Society, kidney cancer cells generally do not respond to chemotherapy.

In addition to this, until today, the reasons why this type of cancer arises are unknown, in addition to genetic issues, tobacco use, and obesity.

For this reason, Héctor began with a four-month treatment, stopped to see the results he obtained, and continued to try others.

According to his son Sergio and Héctor, the last treatment he tried gave good results, which is why they felt positive.