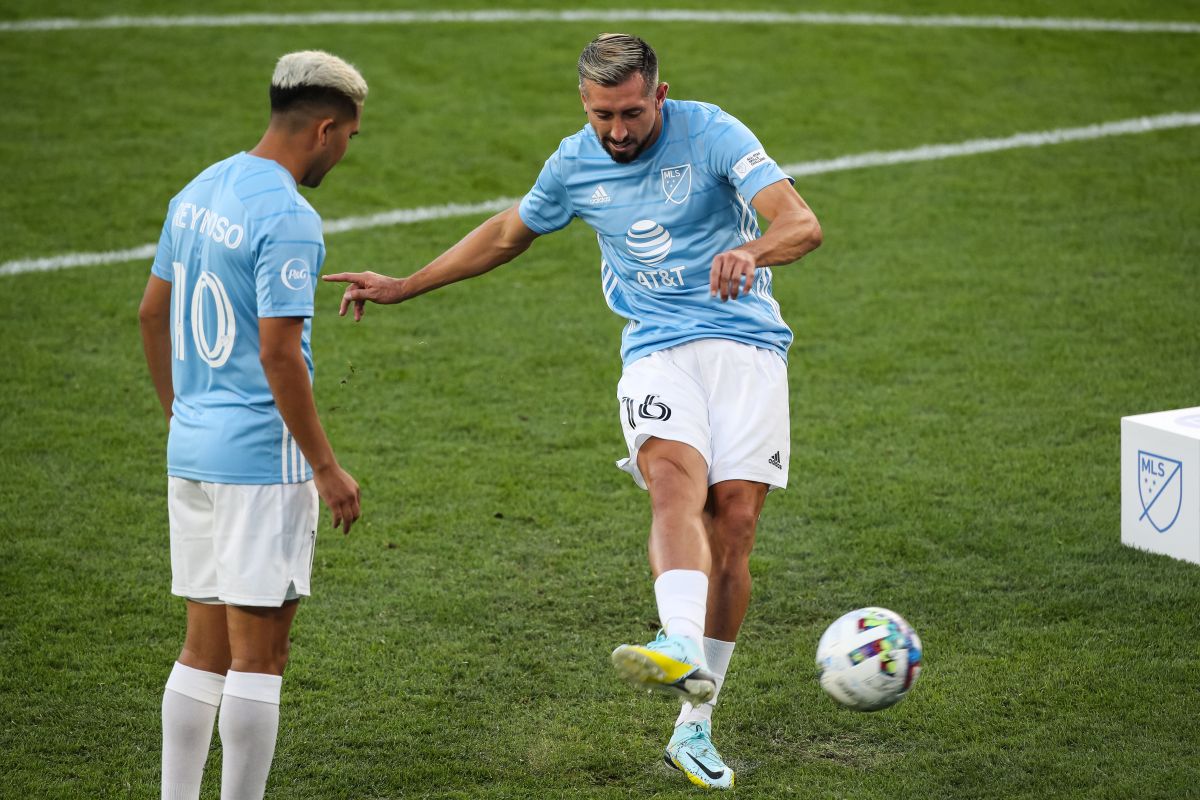 Héctor Herrera complained after being defeated during the Skills Challenge 2022 of the All-Star Game, the footballer who wears the colors of the Houston Dynamo assured that there were “watery balls” in the test that he lost to Luis Chávez, but that he ended up being part of the winning MLS team, according to the Mediotiempo portal. .

Despite Héctor Herrera was essential this Tuesday in Minnesota, prevailing in the target shooting challenge in which he added so that those from Liga MX could not catch up with the MLS players; in the precision test he would not do so well, there he met Luis Chávez from the Tuzos del Pachuca.

“It was complicated for me, more than it seems because there were some soft balls, others hardthey seemed to be inflated differently, but the important thing was that the people had fun and we are going to have a good time here, obviously we want to win for the MLS”, said the Mexican midfielder for the Houston Dynamo and former Atlético Madrid.

As a curious note, the narrator Luis Omar Tapia made jokes with the statements of Héctor Herrera and jokingly asked that it be investigated if Tom Brady or Bill Belichick were not around the stadium. Said request was made by remembering in a funny way, the anecdote where the NFL quarterback and coach were accused of deflating balls in order to prevail in the playoffs.

The same way It should be noted that the MLS beat Liga MX in the traditional Skills Challenge competitione, Héctor Herrera’s statements were just another good vibes anecdote within an event in which camaraderie reigned and healthy competition. Of course always with the protagonists wanting to take the victory.

This show served as a prelude to what will be another edition between Liga MX and MLS, a game that becomes more attractive every year and promises to be full of many emotions.

. “He is the best Mexican player”: Héctor Herrera fills Mexico with enthusiasm when talking about Javier ‘Chicharito’ Hernández and Carlos Vela
. MLS wins the first round against Liga MX prior to All Star and crushes them in the Skill Challenge
. Hugo Sánchez attacks Pumas and assures that they will not receive another international invitation for the “ridiculous” they did