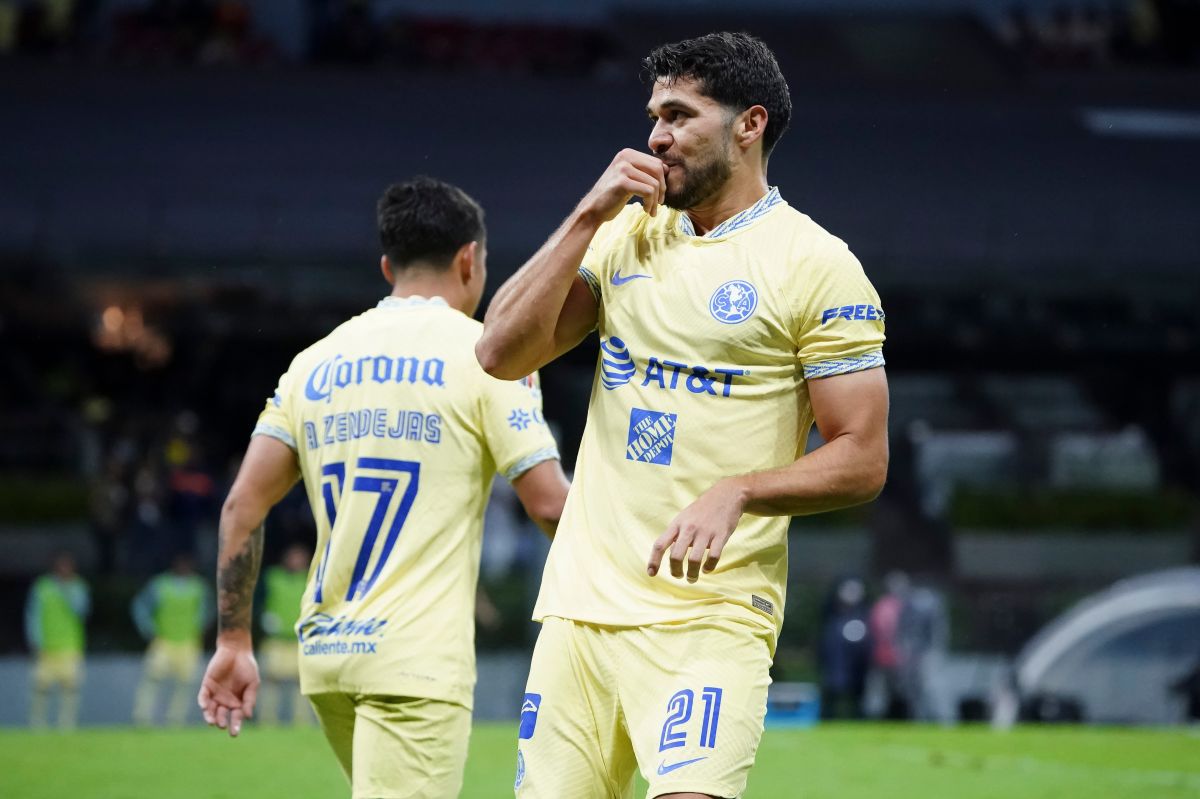 Henry Martín has recovered his level and warms up the competition of attackers heading to Qatar 2022. Raúl Jiménez would be the only footballer to have his place secured upfront. The other quotas would be fought for Rogelio Funes Mori, Santiago Giménez, Javier Hernández and a reborn Henry Martín. The attacker of the Eagles of America begins to send his messages so that “Tata” takes it into account for the World Cup.

“It also leaves me calm having faced Manchester (City), Chelsea, Real Madrid because they are the matches that you will face in a World Cup, they are of this quality, of this kind of matches. Then if I was able to compete and do well, it gives me the peace of mind that I can also do it in a World Cup”, sentenced Henry Martín in an interview with Fox Sports.

On the other hand, the portentous attacker of Mexican soccer placed among his experiences his participation in the 2020 Tokyo Olympics, the tournament with which he hopes to be above his competitors for a position in the attack.

“I don’t know if it’s an advantage (having been in Tokyo), but at least having competed against those teams leaves me calm because it wasn’t easy to get that medal, “ he indicated.

Henry Martín turns his back on criticism.

It is no secret that Henry Martín’s career went through very low moments. There was even talk that the footballer could have been discarded from the Águilas del América. But far from distracting him, the 29-year-old attacking veteran did not let himself be carried away by the criticism of the past and was able to move forward.

“The most important thing is to ignore what they tell you, neither so much for good nor so much for bad, that is, you are not the worst when you fail, nor are you the best when you score, and I am exactly at that point. I went through a very bad stage where I didn’t put it in even because the goal was double the size, and now it seems that even with my eyes closed, I’m scoring a goal. That’s football. That’s how the striker is,” he concluded.