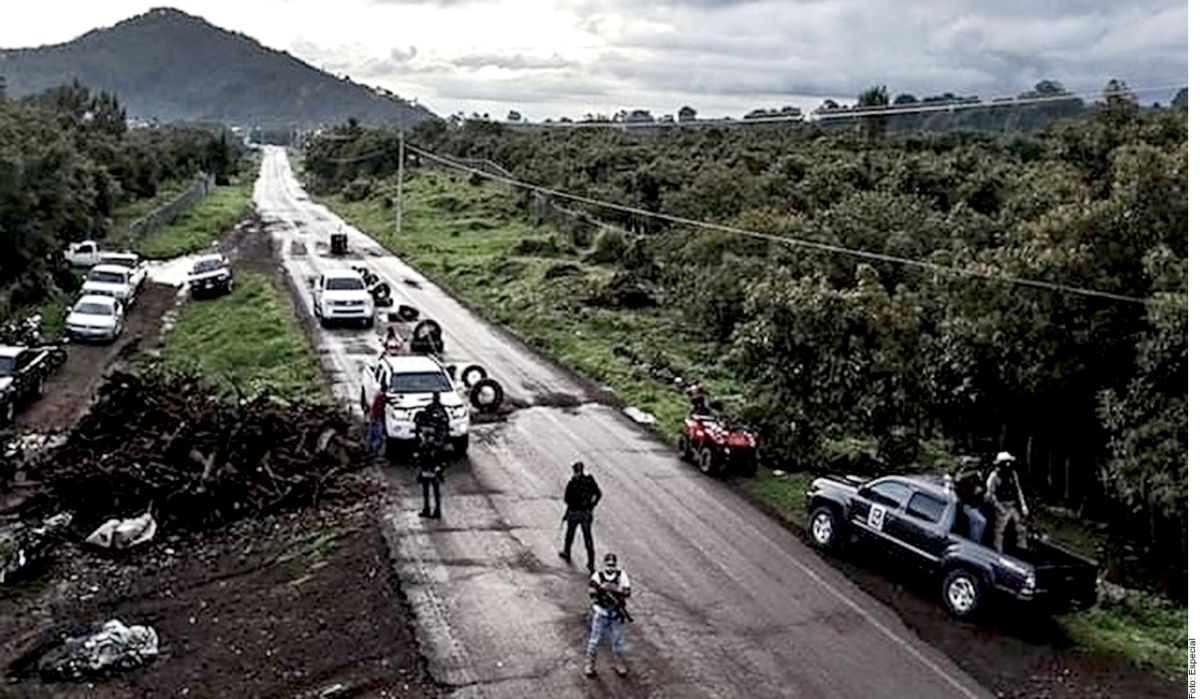 The Jalisco New Generation Cartel (CJNG) at the service of Nemesio Oseguera Cervantes alias El Mencho, the Señor de los Gallos or El Gallero continues to wreak havoc in the municipality of Tepalcatepec in the state of Michoacán in Mexico, where he fights a battle with United Cartels (CU).

At least five people died, as well as wounded soldiers, was the balance of the last days that various clashes have left between alleged self-defense groups and gunmen of the Jalisco New Generation Cartel.

-Read more: Beauty queen and drug lord who died with a gun in hand // VIDEO: Hitmen are filmed when they murder a young girl // Even your children are going to kill CJNG threatens Guatemalan police, video

The main confrontations occur between self-defense groups that seek to stop the entry of criminal groups; However, the participation of elements of the Army, which according to local media, left at least two soldiers wounded by gunshots, as well as a civilian oblivious to the facts.

According to the pastor of Tepalcatepec, Javier Cortés OchoaAs a result of the clashes in recent days, at least four people have lost their lives.

The priest said that they heard shootings about three miles from the municipal seat, near a road that leads to the town of Ahuijillo, already in the territory of Jalisco, in which an official helicopter participated.

He said that inhabitants of the municipality came to ask him for help for at least four deaths, all men, belonging to this group of armed civilians (self-defense groups) who intend to stop the entry of the CJNG.

“I notice four people (dead). It was a young man whose father went to help because he had died, about 16 years old, and (…) A family comes to ask me for blankets, to ask me for some pantries, there were five ladies. A lady had told me that her husband, her son and her father had been murdered, that They have not recovered the bodies and that they were defending with the self-defense groups of the head, died at the hands of the CJNGCortés Ochoa explained.

“This has happened for a while now, but two days ago they started to act too, but a person told me that they were there and were the Army and they were stopping the advance of the CJNG“.

According to the Quadratín agency, elements of the National Guard were ambushed by hitmen on the Tepalcatepec-Jilotlán de los Dolores highway, in this municipality, with the balance of two agents injured.

The Michoacan parish priest reported that even the reports of shots from both trenches continued, at a distance but well identified because the bases of each group, self-defense groups and hitmen of the CJNG.

“At times it would stop, I went to celebrate Mass, I went for a walk, I will walk near the place, not so close, because don’t think I’m not afraid,” he said.

With information from Agencia Reforma