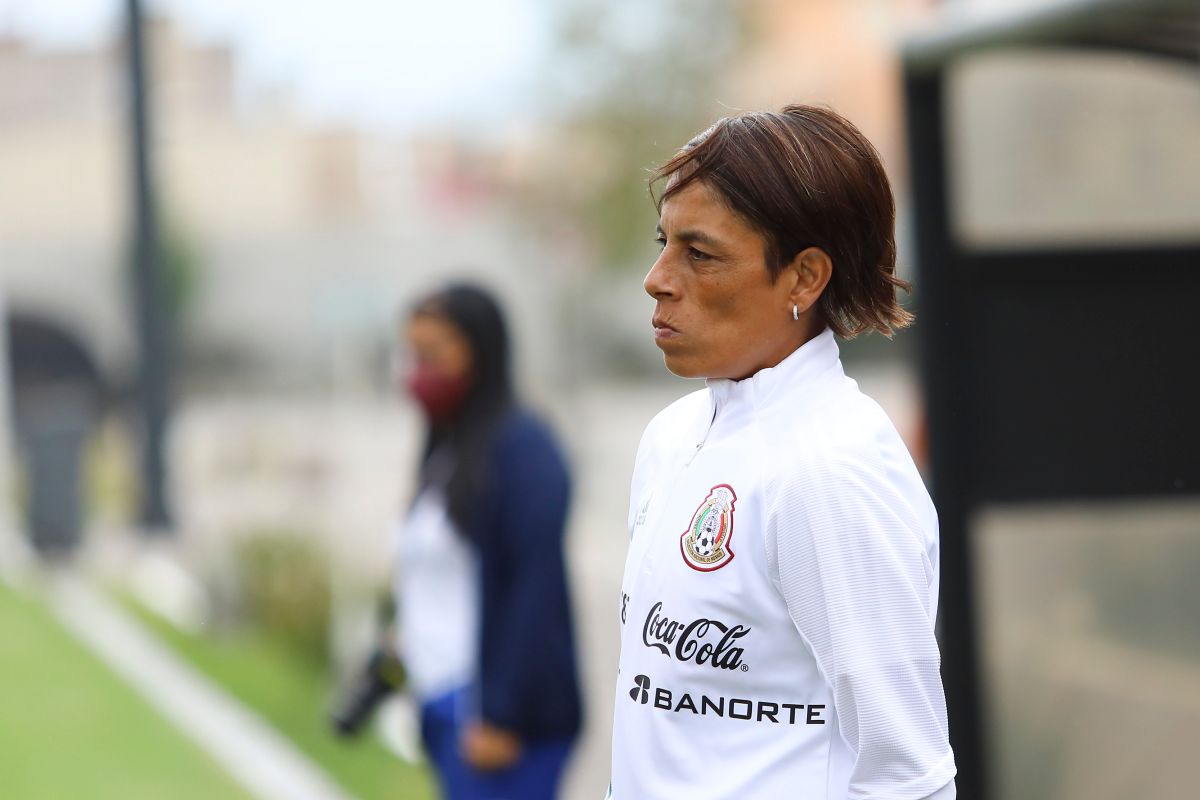 The president of the Mexican Football Federation (FMF), Yon de Luisa, did not reveal this Thursday the reason why a investigation of Maribel Domínguezwho was suspended from his position as Mexico’s women’s sub’20 team coach.

“The investigation is being carried out, while it is in process, we can not comment on more topic. Once the investigation is concluded and we have final results, the first thing that will be done is the decisions that lead us to that information and immediate act, we will communicate it“He explained at a press conference.

Domínguez, the most emblematic Mexican soccer player in the present century, was separated this Thursday from his post along with his coaching staff a few days before the Mexican U20 team faces the World Cup in Costa Rica in August.

According to Mexican media, the former Spanish Barcelona player She is being investigated for serious misconduct by her and her work team.

“On the 18th (of July) we received a request for an investigation and at the time the document was brought to us, we start with the protocols established in the federation for a case of this type“added the hierarch of Mexican football, who also did not reveal if the complaint was from a player directed by Domínguez.

De Luisa confirmed that Ana Galindo will occupy the position of ‘Marigol’ where the investigation ends. The Mexican sub’20 team has been concentrated since last Monday, the day the investigation request was submitted.

The comments of the president of the Mexican Football Federation were given in the presentation of the new director of the country’s men’s teams, Jaime Ordialeswho will take office the first week of August.

“I hope to break that synergy of negative resultsI arrive with good expectations for the Qatar 2022 World Cup. We have to amend the path, I assume responsibility, ”said the manager, who replaces the dismissed Gerardo Torrado.

Before assuming his position in the Tri, Ordiales will resolve his pending issues with the Blues.

The Mexican team in the France ’98 World Cup will take over at a difficult moment for the federation since Torrado’s departure was due to the failure of the men’s and women’s teams in their quest to qualify for the 2024 Olympics.

In addition, the men’s sub’20 team failed in its fight for go to the World Cup of their category and the senior team receives criticism from fans who were not satisfied with the performance in the qualifiers from Concacaf to Qatar 2022in which El Tri was in second place.

De Luisa commented that the person in charge of the women’s teams still has to be defined, who will have the obligation to decide if Monica Vergaraa coach who could not qualify for the Women’s Tri to the Australia-New Zealand 2023 World Cup, maintains her position.

“We have been making progress in the process of searching for a candidate for the leadership of women’s teams, but due to the urgency and need to have Jaime sitting here, he was the priority in these first days due to the activity of the senior team. We have already started the process and we expect the complete structure in the coming weeks,” De Luisa stated.

You may also like:
· Coach of the Mexican U-20 Women’s team separated from her position and under investigation for an off-court issue
El Tri is filled with Argentines: another South American footballer would seek a position with Mexico in the 2022 Qatar World Cup
Hugo Sánchez’s indignation at Gerardo Martino’s attitude: “It is a lack of respect for Mexican football”