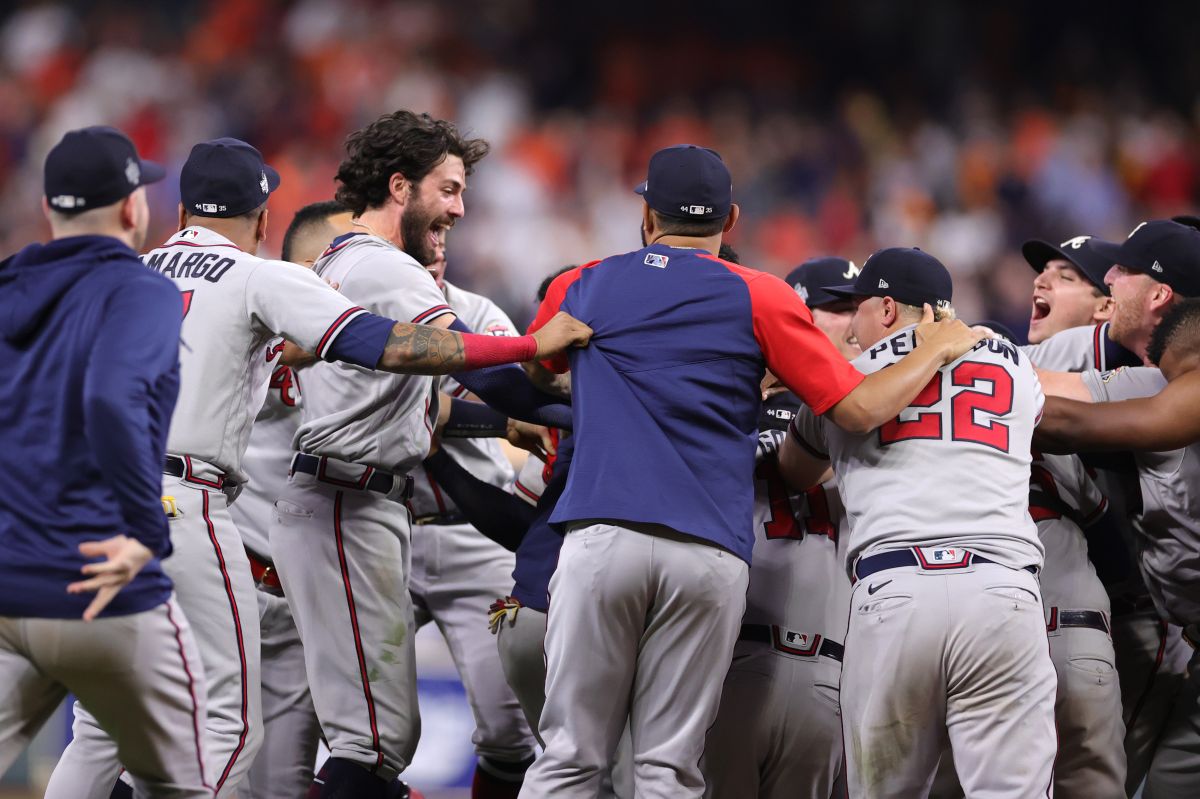 
A night that will be framed for the history of the World Series was lived this November 2, after the Atlanta Braves won the Fall Classic title by beating the Houston Astros at home with a score of 7- 0.

The main protagonist of the game was outfielder Jorge Soler, who with a three-run RBI homer put the Braves up in the top of the third inning. Hit that revived the dream of winning the long-awaited title that they had not been able to hang for 26 years.

The Braves entered Game 6 of the series with a three-game win advantage over Houston’s two. Although game five was won by the stars 9-5 in Atlanta, the Braves were going for everything for Tuesday’s game, and that was demonstrated at Minute Maid Park.

It all started with the hit of Soler, who quickly put his team up by three runs, enough clean and jerk to demotivate Houston and boost Atlanta.

But as if scoring a home run in the deciding game of the Fall Classic wasn’t enough, for Soler it also meant his third home run in a World Series game.

To emulate the Cuban’s action, Dansby Swanson arrived, who was in charge of sending another ball to the stands and adding two more runs, putting the actions 5-0 when the upper part of the fifth inning was disputed.

To try to stop the Braves’ frantic damage, the Houston team traded in pitcher Cristian Javier, who gave the ball to Blake Taylor. However, this did not help much, because in that same fifth episode Freddie Freeman launched an RBI double that further accentuated the nightmare of the locals.