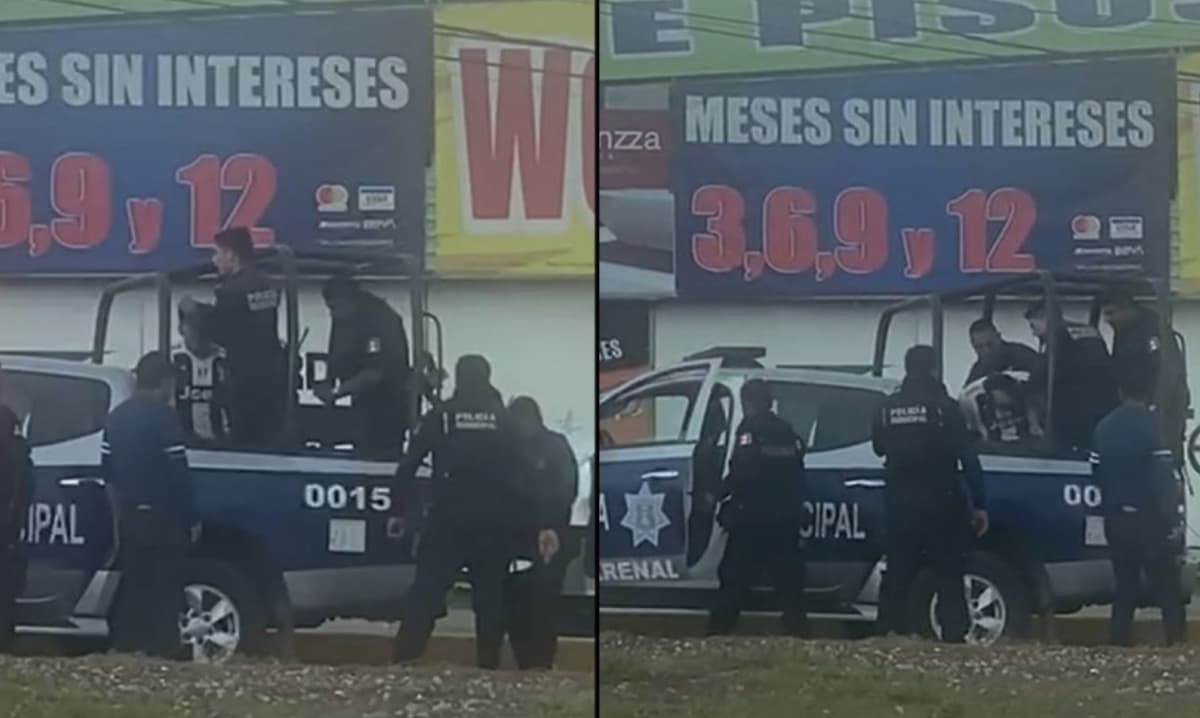 Hidalgo, Mexico – A police abuse was captured on video by residents of the Actopan valley region who documented how elements of public security beat a detained person.

The events occurred on the Mexico-Laredo highway, within the limits of the municipalities of Actopan and El Arenal, where police officers of the latter location intervened over a motorist who evaded the indication and tried to leave the place.

After being intercepted, the policemen subdued the subject and secured the van he was driving.

The video, disseminated on social networks, shows the subject handcuffed on top of a patrol car.

It was at that moment that, subdued, between elements, they hit the subject, pulling him by the hair, and then on the floor of the pan, they punched him at least twice, and one of the police officers dropped his weight on the victim.

Everything happened onboard unit 0015 of the municipality of El Arenal, a town governed by PRI member Ranulfo Serrano Mohedano.

A little more than ten months ago, the aforementioned mayor exhibited the moment in which he threatened elements of state public security who intervened against him by throwing them into the mafia in an alleged state of drunkenness.

“We will send you to the fucking mafia, you bastard, and you are going to see how you will get on,” threatened the mayor in order not to be arrested on October 30 last year.