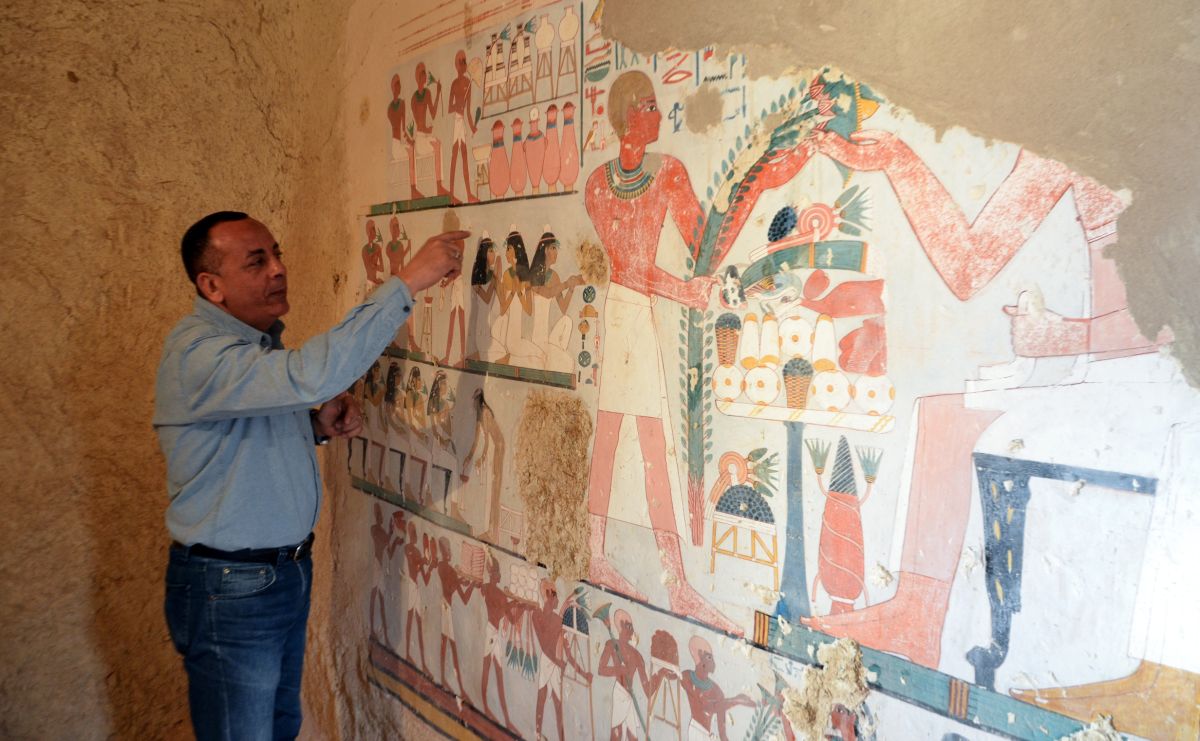 researchers from a joint German and Egyptian archaeological mission have discovered “spectacular” frescoes that were previously hidden on the roof of an ancient Egyptian temple.

Research has revealed the original colors and patterns inside the Temple of Khnum at Esna in Upper Egypt.

The relief images discovered in the central section of the ceiling They represent the vulture goddess Nekhbet and the serpent goddess Wadjet.

They are depicted as vultures with outstretched wings.

Nekhbet is shown with the head of a vulture and the white crown of Upper Egypt, and Wadjet wears the red crown of Lower Egypt topped with a cobra.

The temple was built to honor Khnum, a deity known as the god of the Nile and creator of children.

“Ancient temples and representations of the gods were often painted in bright colors, but they usually faded or even disappeared completely as a result of external influences,” said Professor Christian Leitz of the University of Tübingen.

In the Temple of Khnum, however, the colors were covered in a layer of dirt and soot for nearly 2,000 years.which helped its preservation.

Researchers have been working since 2018 to reveal the original colors of the temple, previously unknown to experts.

“For the first time we can see all the decorative elements in relation to each other,” added Leitz.

The discovery was made by researchers from the Institute for Ancient Near Eastern Studies at the University of Tübingen and the Egyptian Ministry of Tourism and Antiquities.

It’s been a good year for ancient Egyptian discoveries.

In March, five well-preserved ancient tombs were unearthed on the outskirts of Cairo.

The tombs date from the Old Kingdom and the First Intermediate Period, making them at least 4,000 years old, according to the Egyptian Ministry of Tourism and Antiquities.

Also in March, archaeologists finally put to rest the conspiracy theory that aliens built the pyramids when they discovered papyri detailing the mammoth effort it took to build the Great Pyramid of Giza more than 4,600 years ago.

An estimated 138 Egyptian pyramids survive, the most famous being the Great Pyramid of Giza near Cairo. The 455-foot Great Pyramid, the tallest man-made structure for 3,800 years, is the only surviving landmark of the Seven Wonders of the Ancient World.