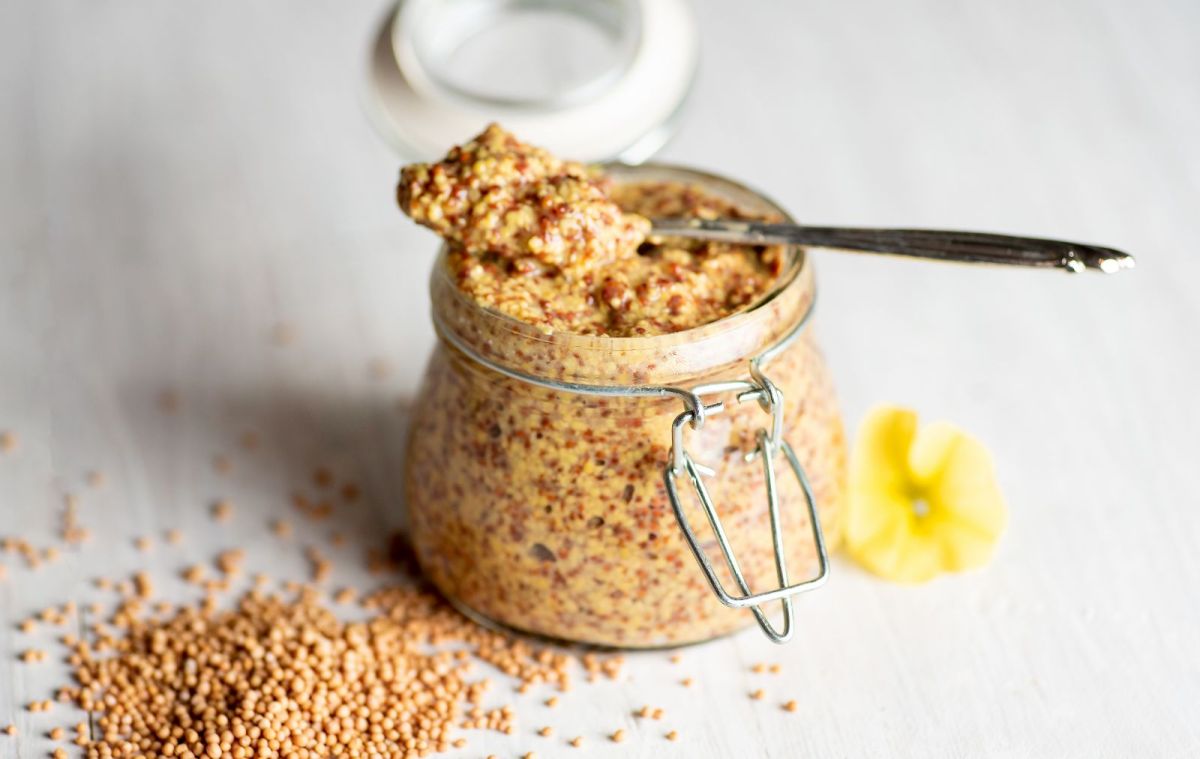 According to a recent study, consuming one teaspoon of whole grain mustard a day is a wonderful ally for achieving healthy cholesterol levels and lowering the risk of heart disease. It is also a very versatile and delicious ingredient.

By now we all know that high cholesterol it is a condition that precedes a long list of life-threatening cardiovascular conditions. Based on this, in recent months much has been said about the importance of following quality nutrition and a healthy lifestyle, in such a way that all kinds of dietary recommendations have come to light. Much has been said about the foods best to avoid and those that act as natural cholesterol regulators. Recently a new study showed that whole grain mustard is a great ally, specifically: Researchers discovered that adding a teaspoon of mustard a day can help to achieve a healthy blood cholesterol level. They also found it to be a good addition to lowering blood glucose.

The research work was presented at the European Federation for Food Science and Technology and was spearheaded by Tracklements in association with Cardiff Metropolitan University. The results showed that 86% of study participants saw a significant drop in both blood glucose and cholesterol over a 12 week period. According to experts, this is a great and important finding for creating new dietary strategies based on the prevention of cardiovascular diseases and diabetes.

When discussing the benefits of whole mustard on cholesterol, the research identified that 64% of the volunteers saw a drop in their blood cholesterol levels over the 12 weeks and an average 10% decrease in blood cholesterol levels in the entire sample group. According to scientists, consumption of whole grain mustard indicates a promising downward trend for those with a increased risk of developing heart disease, stroke, and vascular dementia. In addition, it was shown to be the same type of cholesterol reduction that is seen when following a low-fat diet.

Best of all, its heart health benefits aren’t the only reason to consume this delicious seasoning. The rThe medicinal reputation of mustard seeds dates back to Biblical times.The truth is that it has been used as a natural remedy and as a condiment to enliven meals throughout history. In fact, there are references to it in Ancient Egyptian, Greek and Roman texts.

Interestingly, mustard belongs to the cabbage family (Brassica), which are a group of foods that shine for their anti-cancer and anti-inflammatory properties. Also in just two tablespoons (4 grams of mustard) we will find other essential nutrients that benefit health:

Best of all, mustard is an extremely versatile and affordable ingredient. It is very easy to integrate it into the daily diet, it goes wonderfully in the preparation of homemade dressings, in ceviches, marinades and all kinds of sandwiches. Bet on choosing low sodium versions and enjoy its wonderful benefits by filling your daily dishes with flavor.