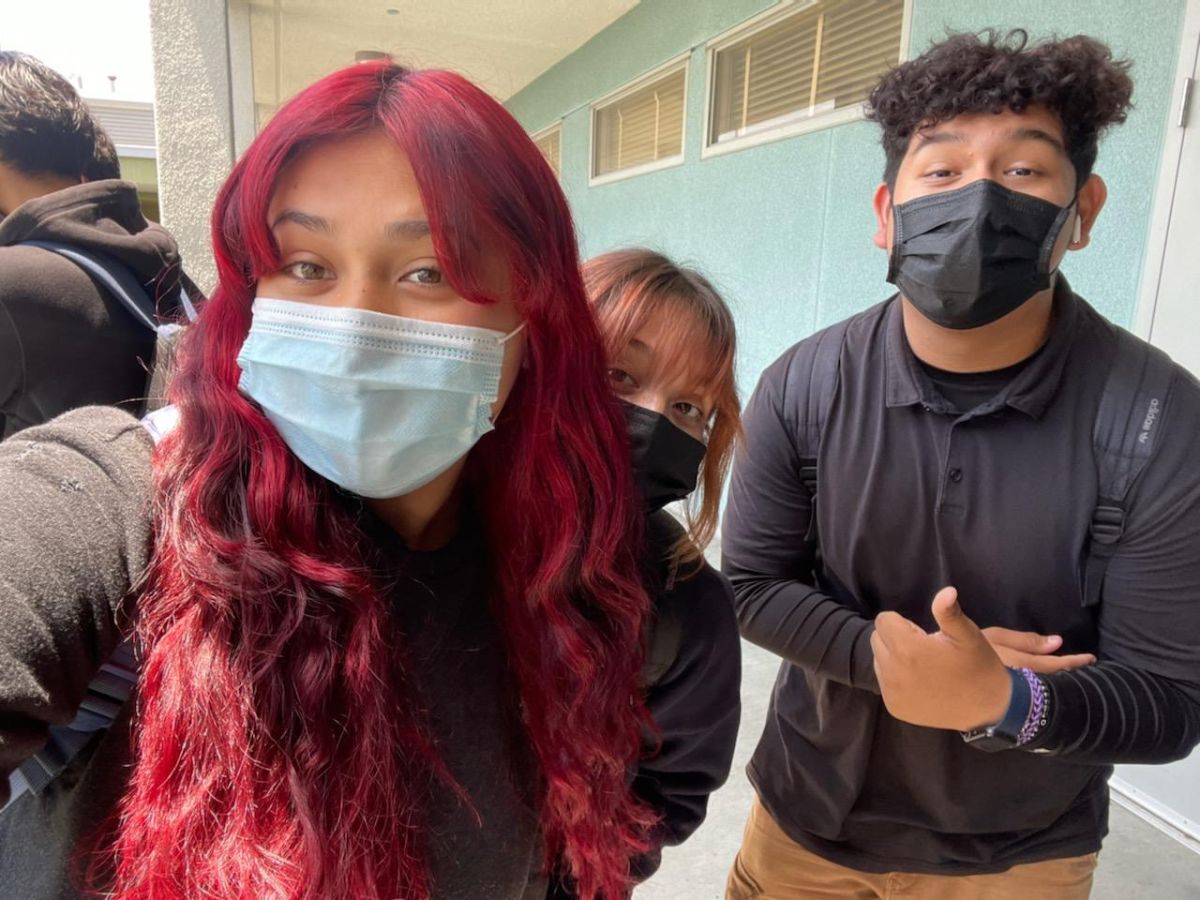 Frustrated and enraged by the constant mass shootings and the lack of action by the federal government, a group of high school students from South Central Los Angeles have decided to raise their voices to oppose guns.

Although they are all minors, their parents authorize the movement they are starting.

The youth leaders of the movement said they are terrified to see the latest shooting in Uvalde, Texas where 19 elementary school students were killed along with their two teachers. The killer was an 18-year-old former student who also died.

Lizbeth Vidaña, 16, said that as students they should not feel unprotected in a place where they are supposed to go to learn. They also shouldn’t feel the need to know or practice how to hide from someone who wants to hurt them.

Bryan Mendez, 14, said he constantly wonders what would happen if an attack of this magnitude came to his school. He questions whether the police would “bother” to immediately defend them in a community like South Central, which is commonly known for violence and gangs.

“We cannot determine how safe we ​​feel, especially when we saw that in Texas it took more than 90 minutes for the police to enter the school. So what are you going to do here?” the ninth grader questioned.

Nataly Roque, 17, said that she found out what happened when she left school and the first thing she saw on her social networks was the information about the shooting. She felt angry, but also sad because she questioned, “When did it become normal for children to come to school and have to hide from a shooter because the government is not acting?”

He said that it is hypocritical that some members of the government advocate for the lives of children by creating stricter laws against abortion but in reality they are not saving them.

“They are preaching that they want to protect children and they want to protect babies… These children [de Uvalde] they were 8, 9, 10 years old. They had a future. Many of them had many dreams and they will not be able to live them because they died,” said Roque. And the way he killed them [el tirador] it was so horrible because he shot them in the face and their parents couldn’t even recognize them. They had to take blood samples to identify them.”

Mendez said he recently saw an article where Republican senators were asked how they felt about gun laws and most of them said they don’t want to take away their rights from law-abiding citizens.

“[El asesino de Uvalde] he was not a law-abiding citizen. And he is terribly scary how we have to fight for our safety in the so-called land of the free, ”said the young man.

Roque added that the only thing politicians have done is tweet giving condolences to the families.

“So that? To feel good. How is it that we, as students, need to defend our own protection rights? And while all these other people who have the power and the capabilities to actually do something do nothing, “said the 12th grade student.

However, he also said that although all students his age have known the training that is constantly done in case of a shooting, he has realized that many do not take it seriously.

And while the politicians are determined to make a decision, the students have decided to take action in their hands. They fear losing their loved ones or even losing their lives. They said many teachers can’t even talk about it because they aren’t allowed to because of restrictions put in place by school rules.

For this reason, students will meet outside their Synergy Quantum Academy campus after school on June 2nd. The demonstration will begin at 2:30 in the afternoon at the school next to the soccer field.