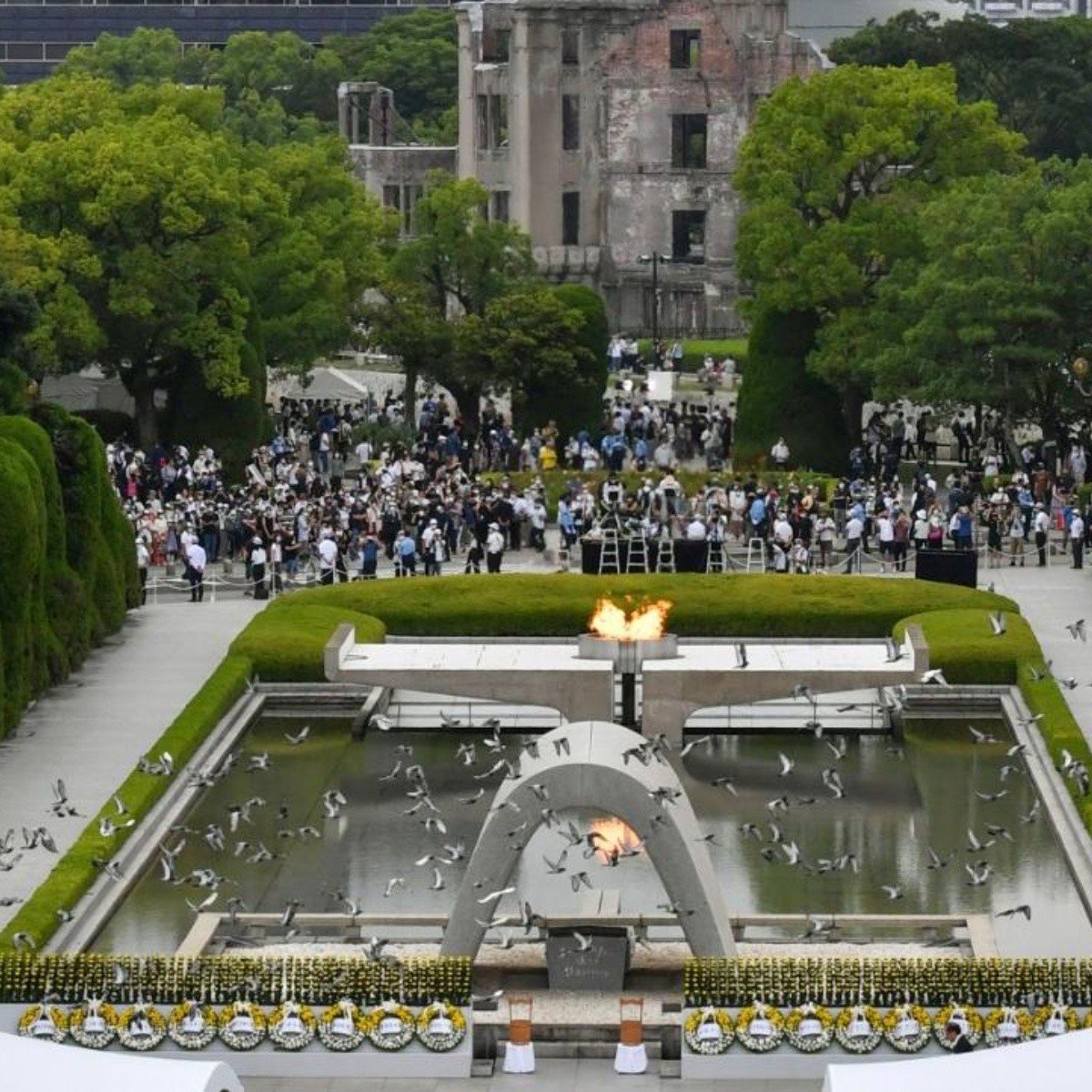 Tokyo.- Hiroshima remembered on Saturday the atomic bombing it suffered 77 years ago while the authorities, including the secretary general of the United Nations, warned against the accumulation of nuclear weapons due to the growing fear of another such attack in the midst of Russia’s war in Ukraine.

“Nuclear weapons are nonsense. They do not guarantee security, only death and destruction,” said UN Secretary-General António Guterres, who participated in a prayer at the Hiroshima Peace Park.

“Three-quarters of a century later, we must ask ourselves what we have learned of the mushroom cloud that rose over this city in 1945“, he added.

United States threw first atomic bomb of the story about Hiroshima on August 6, 1945, destroying the city and killing 140,000 people. Three days later, he launched another on Nagasaki, killing an additional 70,000 people. Japan’s surrender on August 15 ended World War II and nearly half a century of Japanese aggression in Asia.

Fear of a third atomic bomb it has grown amid Russian threats of nuclear attack since it invaded Ukraine in late February.

“Crises with serious nuclear connotations they are spreading fast” in the Middle East and on the Korean Peninsula, Guterres said. “We are one mistake, one misunderstanding, one miscalculation away from Armageddon.”

In his peace declaration, Hiroshima Mayor Kazumi Matsui accused Russian President Vladimir Putin of “using his own people as an instrument of war and stealing the lives and livelihoods of innocent civilians in another country.”

Russia’s war in Ukraine is helping to increase support for a nuclear deterrentsaid Matsui, who urged the world not to repeat the mistakes that swept through his city nearly eight decades ago.

Attendees at Saturday’s event, including government leaders and diplomats, observed a minute of silence as a peace bell rang at 8:15 a.m., the time a US B-29 dropped the missile on the city. Some 400 pigeons, which are considered the symbol of peace, were later released.

Guterres met with the Prime Minister of Japan, Fumio Kishida, after the ceremony and sounded the alarm over the global backsliding on nuclear disarmament, stressing the importance of the country, which is the only one to have suffered nuclear attacks, who is at the forefront of that effort, the Japanese Foreign Ministry said.